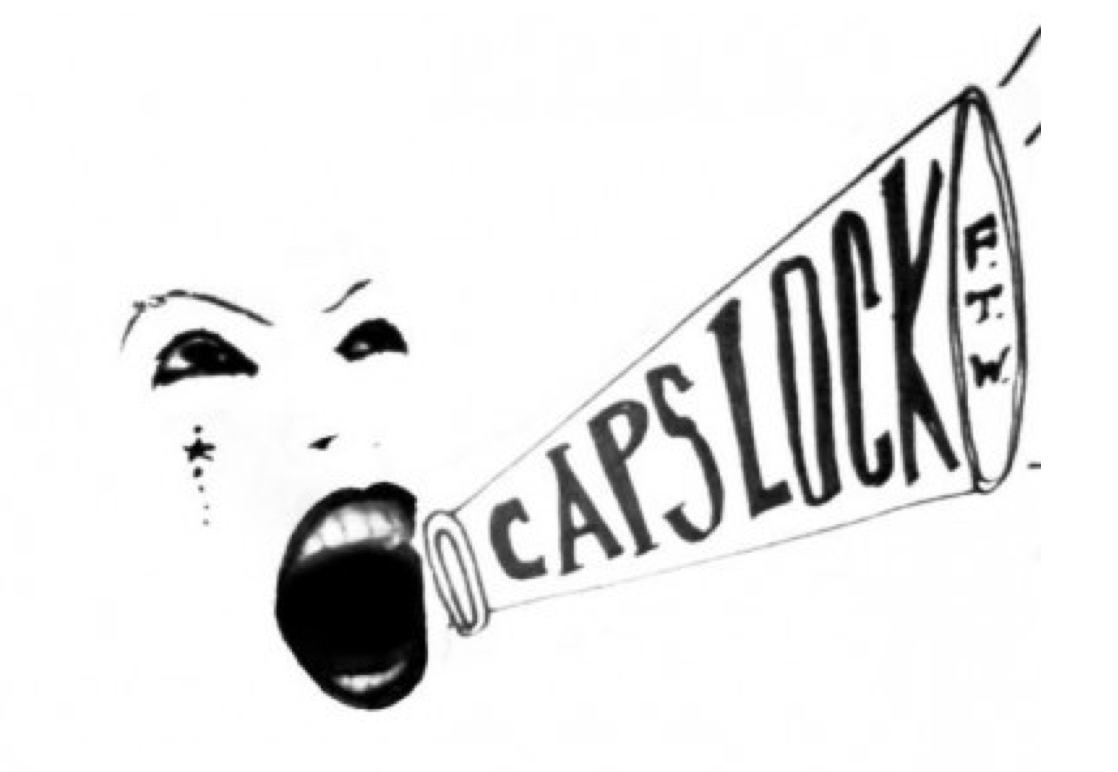 how to win friends and alienate people 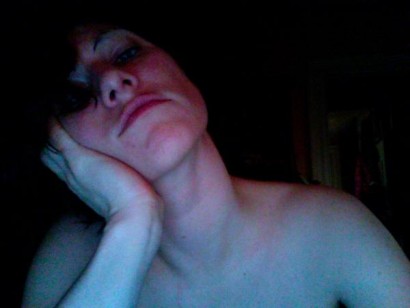 i leave for china and singapore on friday morning.

it’s 12:30 am on a saturday night/sunday morning and i’ve spent my entire day, since 2:30 pm, writing emails.
this is often what i do when i’m home. i wake up, meditate, go to yoga, eat lunch, come home and sit at the machine ALL day, taking occasional phone call breaks.

i write a lot of fucking email. today i wrote 175 (i just checked the sent box).
what is it all? it’s everything. i’m really behind. some of the emails were form july and august. as i see shit coming in, i try to mentally prioritize, but i generally just have one inbox.
a lot of my responses are random…i’ll pick a chunk of emails in a row and just attack them.

part of the problem is that every time i get excited about something and throw it into the universe, i forget i’m going to have to brace myself for it’s boomerang return in the form of Hours On Email.
having management, which i do, is not even a help in this area, and never really has been. management cannot correspond with the 56 various musicians you’ve met on the road and still email with.
this has been a struggle. i could now probably spend 7 hours a day online just to keep my inbox clean.
i monitor my twitter feed, i write things that need to be written, i discuss projects for fucking 2010.
i want to stay connected with EVERYBODY, but i can’t. i dont’ know how to let anyone or anything go.
this is happening to everybody, it must be.
now that facebook and google makes every ex and every old classmate available, couldn’t we spend our whole lived reliving the past and going for drinks with people we knew when we were 12? fuck.

i do not play the piano.

who am i kidding…? i hate playing the piano alone. this has always been my problem. it took me years to understand it.
i hate practicing. i hate playing with no witnesses. it’s my never-ending mirror dilemma.
i might have to start webcasting practice sessions to kick my own ass, the ultimate in meta-narcissism.

honestly though, i am going to tackle tchaikovsky’s 1st piano concerto for the boston symphony new years gig.
for real. i’ll make up for all of it.

you cannot know how much this terrifies me. i am not a classical player. the people on that stage are some of the best classical players IN THE WORLD.
frightening and yet i know they’ll give me rock forgiveness, that universal card i can play.
whatever it is that they have, i don’t think i want anymore.
i don’t want a job.
i don’t want to be a musician.

last night i was going to do work and nicely derailed myself into another #LOFNOTC party.

for those of you who missed it, the best way to understand the full-on-party-on-the-internet is to take a look at the picture feed.

i saw “the hangover” on my plane back from the UK and the picture feed reminds me of the pictures that rolled during the credits.
piece it together, folks. for those who understands what it means, we trended higher than “follow friday” and the new “where the wild things are” movie
we felt like a powerful force of internet performance art absurdity.

this ended up being the official night’s #LOFNOTC logo, made by a girl called @HaleyHanabusa based on a picture i had taken a picture of myself with a hand-drawn megaphone in response the the fact that someone told me that every time i wrote in caps lock it LOOKED LIKE I WAS YELLING FROM A MEGAPHONE. things devolved from there…. 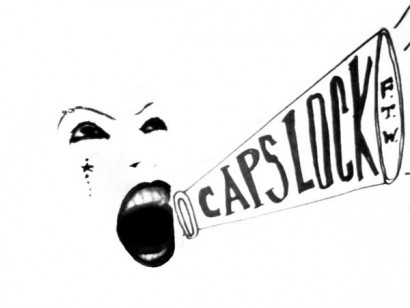 (by the way, for those involved, the new #LOFNOTC shirts, with the megaphone logo, are possibly being made if enough people email hayley AT amandapalmer DOT net. just put the subject “#LOFNOTC shirt” and tell her you want one…if enough people email, we’ll print some up in all sizes. the screen costs money to make so we need a few hundred people to make it worthwhile.)

these are some of my favorite #LOFNOTC party pictures…..

my housemates geeta (who just published a great 33 1/3 book on brian eno) and noah (who makes home-made beer) , and mali (the singer of the band jaggery) came over.
it was ridiculous before it even began….my vinyl collection came in WAY handy. 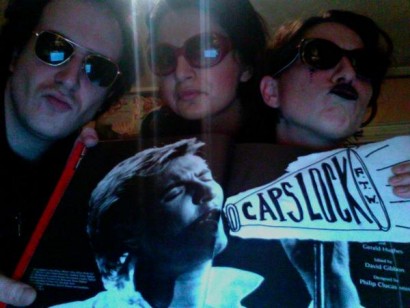 madonna (true blue-era, one of my favorites) loving caps lock: 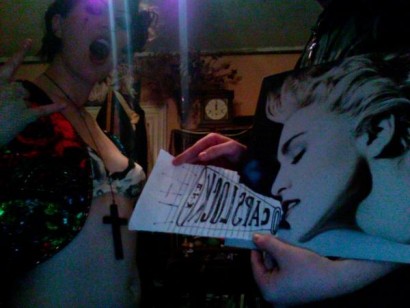 by request on twitter, e.e. cummings loving caps lock. (if you can’t appreciate this one, at least wiki. it will make you really happy, i promise): 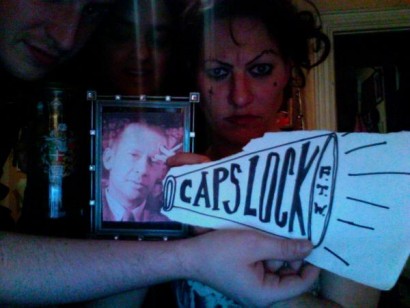 all four beatles made an appearance….obviously…. 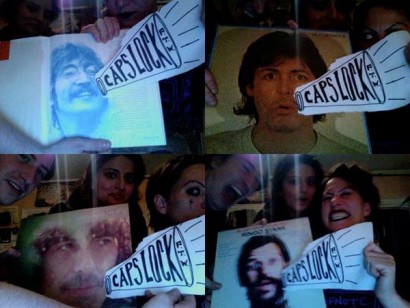 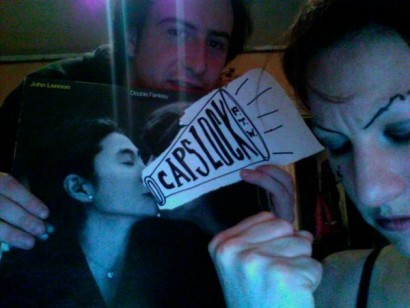 once enough wine was in us, we got intellectual and made karlheinz stockhausen love caps lock… 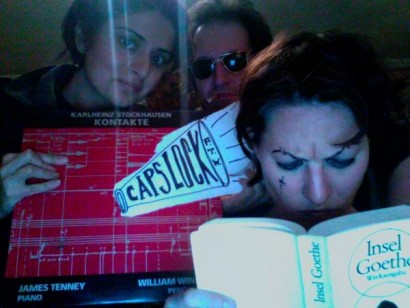 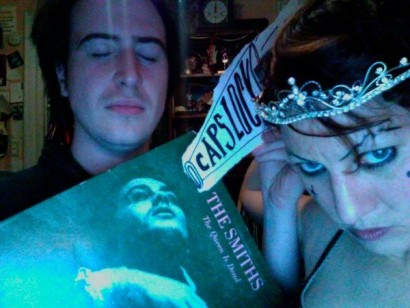 and our very favorite…. 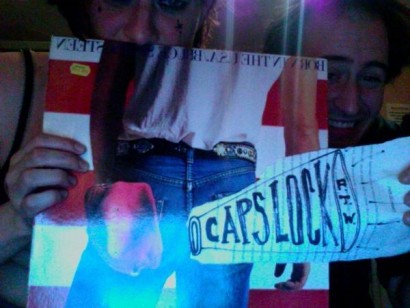 what can i say, it was an excellent night.
not pictured here, joan jett, brian eno, and some other people ALL loving caps lock. you’ll have to go look at the feed….

the thing i love most about taking over a little corner of the internet is how totally ephemeral it is.
it never exists again.

at the same time, it struck me as completely fucked up that my housemates all came over due to the act they saw my manic twitter activity (they all follow me & i follow them).
it was as if they expected to come over and find some raging party going on. instead, i was sitting at my computer in my bra, with no music playing, typing away like a social automaton.
but one by one, they created the part for me. geeta took over my stereo and laid down the kraftwork vinyl, and noah poured the drinks.

but they were talking to each other, while i was talking to the internet. it begs the question: can you have an actual party on the internet while maintaining a party in real life?

i will accept this challenge.
i have fantasies about founding the world’s first actual party on the internet venue. why not? i love the idea of someone going into a bathroom where there is the option of chatting with someone in dubai after you take a dump. how fucking brilliant would that be? not as some art installation, but as a par-for-the-course bar experience?

-i love the new tegan and sara record, “sainthood”. sara sent it a while back while i was in scotland and it’s been growing on me ever since. i take it jogging every morning. i might make them a fan video.

-i need to not smoke.

-boston is suffocating. i want to move to new york. my whole life here feels like an attic or a basement, but never a kitchen.

-meditating and yoga in the morning is so wonderful, and i wonder why i cannot have the bloody self-discipline to take care of myself on the road the way i do at home.

i am happy in my life. sometimes in patches of non-touring like this, i look around and say: this is what you are supposed to be enjoying.
i have time to talk, to listen, to feel, to wonder, to write if i want, to do crazy random things.
if i can’t enjoy this, i’m spinning my wheels and it’s all pointless.

i will leave you with a picture of me and my wine-glass, now empty. 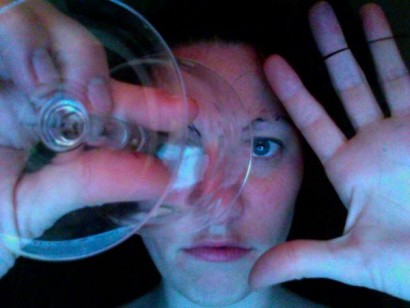 IT’S NOT OVER TIL THE FAT MAN SLIDES, MY FRIENDS