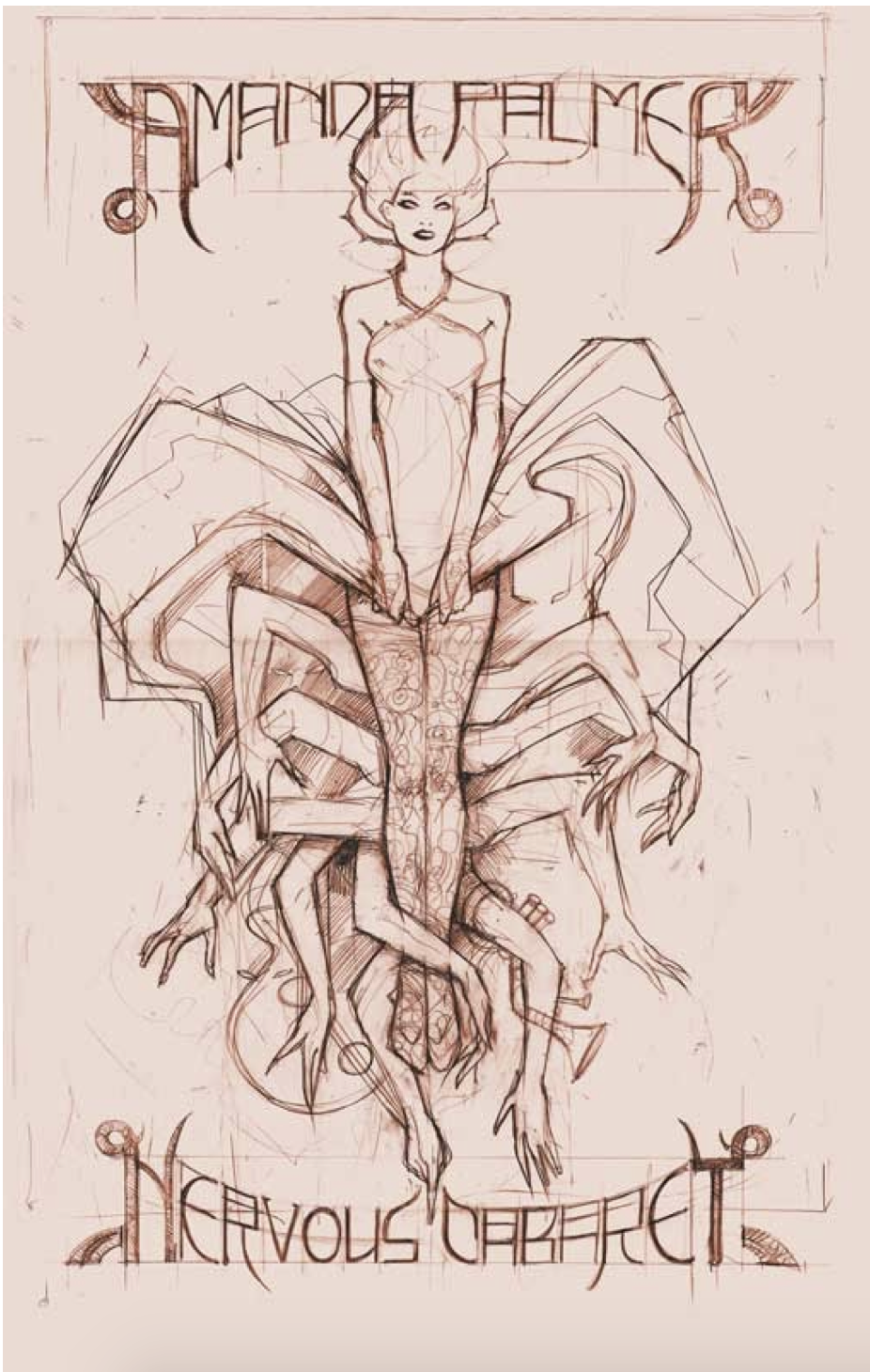 Excerpts of this are from the last e-mail blast which went out around 48 hours ago…if you want to get stuff straight to your inbox (before anyone else), please be sure to sign up for the mailing list, too!

crazy everything nowadays, but what’s new.
alack, twitter has been good to me – and given me a new slogan:
FUCK THE SYSTEM I HAVE THE INTERNET.
twittering has been so effective lately that i’m just blown away – with a direct line to over 100,000 people and counting i’m able to do flash-webcasts when i feel like it & everybody instantly has the info and tunes in.
i’ve also been doing random Q&A’s, keeping tabs on who’s coming to what shows….and generally keeping up on the happy & gory details of everybody else’s lives (including all of my artists friends, who are hopping on board in droves). it’s a full-on 24/7 party/therapy session on the internet.
i know i sound like a twitter evangelist, but jesus, you should try it. it’s seriously changing the world.
http://twitter.com

meanwhile, i’ve just done the unspeakable and LEFT MY MAC AT HOME (horrors!!!!) for what will be almost 2 weeks. this past friday i flew over to china to meet up with fancy mr neil gaiman, who’s been traipsing around there to research for a book. we’re going to be in chengdu, then shanghai, then we’ve both got gigs in singapore (see show info below, one is at neil’s literary/arts festival & already sold out and one is in a nightclub the night after). if you know anybody in singapore, TELL THEM TO COME!
then i’ll be collapsing home just in time to rehearse with the guys in Nervous Cabaret for our upcoming states tour (again, dates below). most of the shows are selling strong and look like sell-outs, but we still need help promoting here and there. if you want to download a flyer and help plaster the good word, head here on the shadowbox and we’ll hook you up with all the tools you need to post my bad-ass face in your local coffee shop/university/water cooler/prison (and thank you for your support).

the tour poster (being painted & hand-printed, once again, by the talented italians at malleus art rock labs) is coming along quite nicely, here’s a sketch of it in progress…

and on the ever-shifty music biz front….

i recently wrote a blog called “why i am not afraid to take your money, by amanda fucking palmer”, which got spread around the blogosphere like wildfire and generated over 1,000 comments in various places.
it’s about how artists, in fact ALL FREE ONLINE CONTENT PROVIDERS like video artists, bloggers and photographers, cannot be ashamed anymore to ask their audiences for money directly, what with the industry in the toilet because of today’s free-digital-content age. i suggest you read it if this sort of thing interests you, there’s also a follow-up blog where i answer a TON of comments at amandapalmer.net

go read and feel free, as always, to comment with your thoughts. i read everything.

i’ve been working on the material for the upcoming tour with these guys and we’re planning some sick shit, including some covers that will hopefully make you dance and cry.
come come come and spread the word about these shows as much as you possibly can. for those who have been asking: yes, i’ll be signing after almost every gig, unless the departing schedule is BRUTALLY early the next AM.

and the pops…THE POPS!
i have to say it…the tickets may be pricey but YOU HAVE TO COME TO THE BOSTON POPS SHOW FOR NEW YEARS. I’M GOING TO ATTEMPT TO PLAY A PIANO CONCERTO MY TCHAIKOVSKY.

i also just had a meeting with the folks over there and we’re planning a bunch of fun fun stuff, including art installations, some original films by michael pope being screened, a TON of opening bands in different rooms (which you can watch while you eat the dinner that comes with the ticket), an instrumental  set by the orchestra that I’M curating (go to forum to feed me ideas) and possibly (we’re working on it) the US premier of the film I shot over in the UK with neil last month. in short: HOT TICKET. beg, borrow, steal and COME. tickets are going fast but you can get them HERE while they last.

WINNING FRIENDS & ALIENATING PEOPLE: #LOFNOTC-STYLEE
friday before last, i held another all-night flash-party on twitter from my kitchen.
yes, my friends, #LOFNOTC (the all-powerful Losers Of Friday Night On Their Computers) made it into the twitter trending charts again, beating out the yankees.
hooray for the losers!
my housemates came over, wine was consumed, and pretty soon we had my vinyl records out and had developed a cult: THE CULT OF CAPS LOCK.

you sort of needed to be there….but you can go look at all of the pictures on twitgoo. there’s actually a whole blog about it…lots of you read it, but if you didn’t, you can do so HERE…

ANYWAY….
lots of people (almost 200) also asked for t-shirts to be made of this historic caps lock revolution, so we made ‘em.
it’s based on a photoshopped photo I made/drew live in response to someone telling me that i SOUNDED LIKE I WAS SHOUTING INTO A MEGAPHONE WHEN I TWITTERED IN ALL CAPITAL LETTERS, which was waht set the whole thing off in the first place.

we’re doing a limited run in sizes S, M, L, and XL…they’re up NOW (HERE on JSR) and they’re white and have the logo on the front and

ALL HAIL #LOFNOTC” on the back

a lot of people were sad last time we did a #LOFNOTC shirt and didn’t reprint after the initial orders. this is gonna be the same deal, grab em while they’re hot, it’s available NOW ONLY.

p.s. if you live NEAR BOSTON, go see PUNCH DRUNK’s mega-fucked-up-surreal theater installation, “sleep no more”. i’ve seen it twice since being in town (and did a flash gig there the other night via twitter for the first 200 people who grabbed tickets) and it’s a SERIOUSLY AMAZING IMMERSIVE BEAUTIFUL EXPERIENCE – people loved it. go go go. here’s a pic of me tearing it up with the house band in the manderley bar, the fictional lounge space they’ve set up in the middle of an old, unused brookline schoolhouse. four floors of pure 1929 horrorshow. nudity, endless rooms to explore at your own will, fearless performers…just go. well, don’t just GO. read macbeth, get dressed up in old clothes, empty your brain out on the sidewalk and then GO. and then GO BACK and bring your friends.