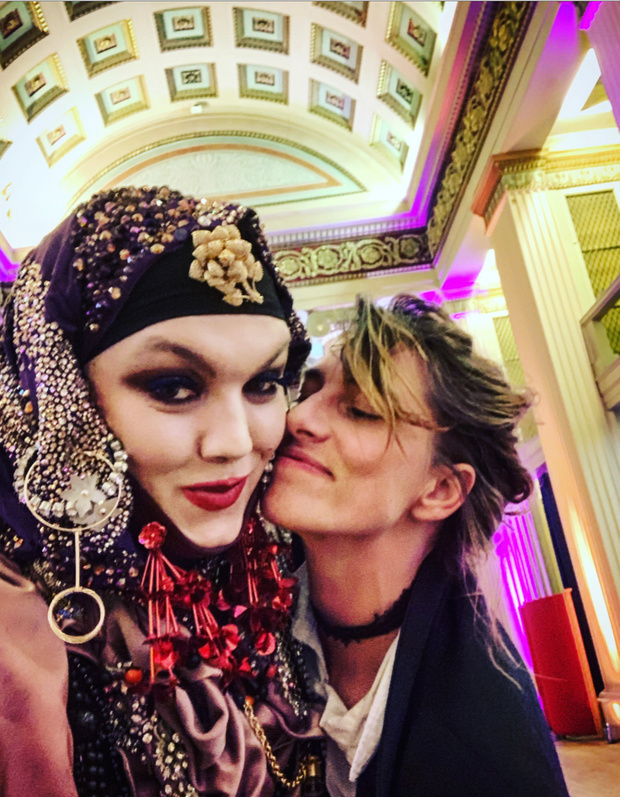 greetings from a hotel room in edinburgh. i’ve left the fine house of the cunninghams/siggs and i’ve checked into my main mission control: i’m here for five full days of TED talks and TED nerding-and-culturing out with about 1,000 other people.

TED is kind of a bizarre mystery and even i had no idea it had its own “culture“ and community when i stepped onto the main stage in 2013. all i knew then is that TED is a thing and it gets filmed and there must be some people in the audience otherwise where are all those clapping sounds coming from. i didn’t know that it was an annual conference  with loyal and long-time attendees and a kind of a gang of scientists and education people and tech people who come year after year and are kind of … a posse.

and then i went and….found out.

heres my talk if you haven’t seen it: https://www.ted.com/talks/amanda_palmer_the_art_of_asking?language=en

every year, in april, the main TED mothership conference happens in vancouver … its five days of TED talks in the big conference cneter right downtown. as you know, i go to that one often (that’s why i’m on ninjaTED benefit #4 or 5 or whatever).

and then every spring, there’s TEDglobal, which moves around but almost always takes place outside america: sometimes africa, sometimes india, sometimes brazil, etc  i’ve never been.

then there‘s a bunch of sub-TED conferences that are also sorta fancy: TEDmed (people talk medicine and stuff), TEDwomen (you can guess) and TEDed (education).

then there’s TEDx, which is TED giving permission to any ol fucker on the planet with a stage and a microphone to follow some TED-rules and throw their own event like a brainiac tupperware party. some of these a huge and fancy and involve a lotta money and famous speakers, and some of them are like the one i went to once in a climbing gym, where the speakers mics weren’t working and they also had to battle with the noise coming from the folks on the balcony who were working on elliptical machines. (it would have been funny but it wasn’t, the poor speakers.)

this fake TED talk the onion made should be a nice breather at this point.

THIS thing i am right now is called TEDsummit, but they also could have called it TEDfancypeople or TEDinsiders or TEDcamp. it’s an invitation-only conference thrown every three years for the staff of TED, some select speakers who TED likes and has an ongoing relationship with, tons of TEDx organizers from all over the world, along with the TED translators who translate the talks from english into dozens of languages…

and here we are, in edinburgh, for five days of getting our brains blown by each other. theres a lot of eating and meeting people and once a day we sit down altogether and watch a handful of new speaker share their mind-blowing ideas. (obviously, if their ideas are not mind-blowing enough, they are promptly sent up the hill to edinburgh castle and executed).

even though i’ve been in edinburgh like 177 times, i’ve never been to the castle….yesterday, i went with a bunch of TED speakers. it’s like camp! hooray. 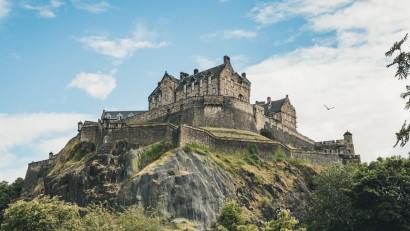 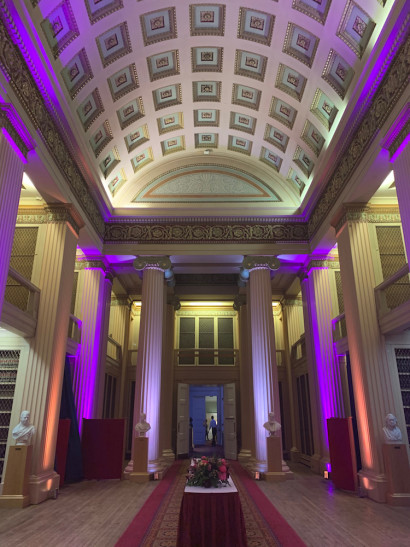 1. i love this shit. i just love hanging out with smart weird people from all disciplines. i always learn a ton and leave with my ego well-adjusted.

2. i want to share things i find and learn with you, even if it’s just some new blood and talks to check out.

3. you bet your ass i am using this conference to poach people for my upcoming podcast. are you shitting me?? i’m at a TED conference. this is podcast guest heaven. i already have a climate scientist, the founder of upworthy, a rock star and a sociologist lined up. i’m working my ass off here.

i just talked to neil. i also kind of wish i’d stayed home. i miss him. and i miss ash. i planned this months ago, when i could t garage very much hoe the summer would be feeling this week. i feel behind. we have so few days at home this summer and i keep wondering why the fuck i’m here. i am here, though. so i’ll stop wondering.

today i met a few incredible past TED speakers….. and i came home from the welcome dinner exhausted and jetlagged yet filled with ideas about power and feminism and that, y’know, is never a bad thing. i started demolishing my regrets.

sometimes i live in bubble too much. it is good to leave.

here are a few new people i met/talked/ate with/walked with today whose talks blew me away…. 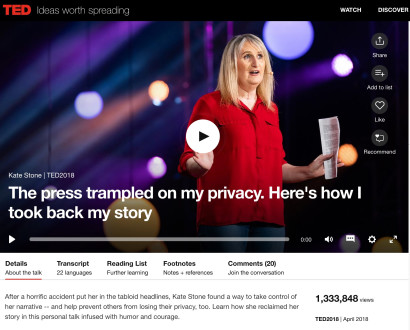 GOOD LORD! someone who hates – or. hated – the daily mail more than i did!

this is kate stone, a trans scientist who gave a TEDtalk years ago that had nothing to do with being trans, because she’s thinks it’s just a boring topic…she’s rather talk about her fuckin work. then a freak accident happened to her – she was bored by a stag outside a pub in scotland – and the tabloid press trampled all over her dignity.

she bested my daily mail song by a long mile.

this is emily quinn…

her talk on being intersex (she has balls!, literally and figuratively!) is not only beautifully delivered and deeply emotional, it’s worth spreading because so few people know about and think about the grey areas and stupid binaries of gender. 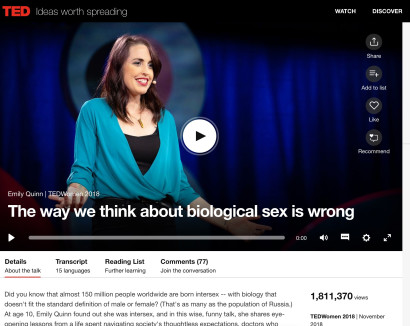 by the by, she also HAS A PATREON…..and it looks like she’s just getting started. if the talk moves you, go support her and tell her i sent you.

last but not least….. this is daniel lismore…. 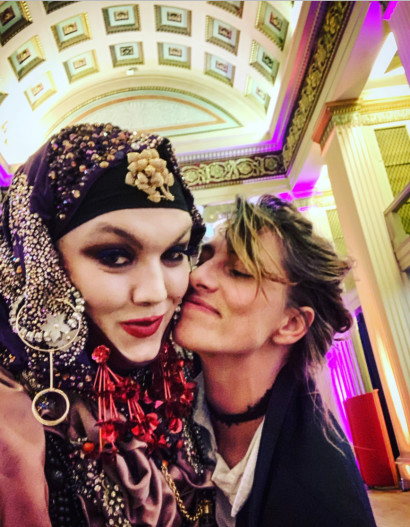 yes, please. this human work of art is like my favorite new fragile human wrapped in an exploded antiques jewelry counter.

the talk is a short one…it doesn’t go into the whys and hows as much as i would have liked….but the sentiment is goddamn gorgeous. and i found myself, this morning, wanting to wear eyeliner JUST BECAUSE I COULD. 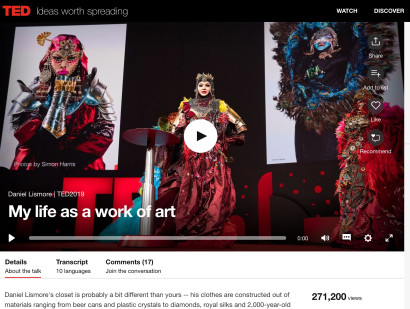 i’m off to the first official day of new talks….

i’ll report on any newfound awesomeness.

i made footnotes for my TED talk…

the shores of decompression.