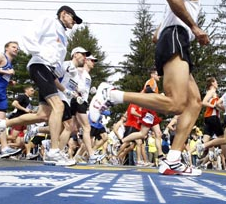 Amanda to perform at WBUR’s “Beyond The Finish Line”, April 15th- Boston BOSTON – APRIL 15th: i’m part of a free event called “beyond the finish line”, organized by WBUR 90.9 FM, my beloved boston NPR station: a night to mark the first anniversary of the boston marathon bombing.

i think i’m going to write an original song for it, if the muse is kind enough to me in the next few days. if not, i’l play something special.
it will be streamed live on the internet from the WBUR site.

more:
“On April 15, 2013, Boston suffered a terrible loss. This April 15, On Point host Tom Ashbrook gathers a distinguished group of first responders, writers, scholars and musicians to remember, to reflect, and to look ahead in a special live broadcast. Confirmed guests include: Harvard historian and author Jill Lepore, award-winning author James Carroll, comedian and social observer Jonathan Katz, Pulitzer Prize-winning columnist Eileen McNamara, Boston firefighter Sean O’Brien, clinical nurse manager at Spaulding, Suzzette Chiong-Oglesby, MGH chaplain Rev. John Polk, and national poetry slam winner Regie Gibson.
The free event will also feature music from singer/songwriter Patty Larkin, Bill Janovitz of Buffalo Tom, Amanda Palmer of Dresden Dolls and cellist Ronald Feldman of the Longwood Symphony Orchestra.”
it will be broadcast live from the Kennedy Library, starting at 7 p.m. sharp. If you’d like to reserve a seat, go to the site and RSVP.
(plan to be in your seat no later than 6:50. Doors will open at 6:30.)

THIS TUESDAY & WEDNESDAY: MEOW MEOW & AMANDA LIVE IN BOSTON in the SET OF CABARET!!!

Amanda Palmer Headlining at the Echoplex in Los Angeles

first we take BOSTON. then LONDON. then we snack.