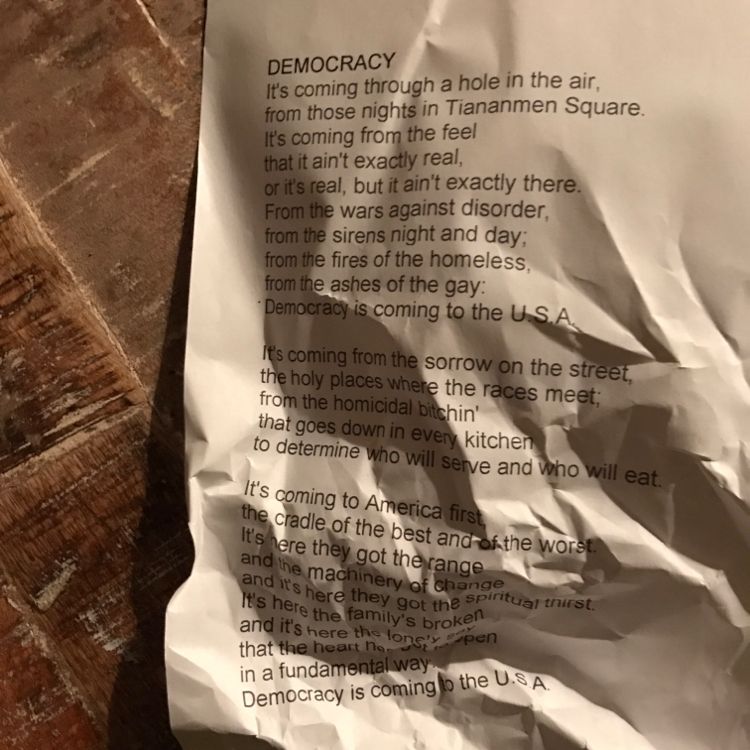 depressed but on fire.

scrambling to say anything coherent from the road…just exhausted. depressed. but on fire. the show in chicago last night was one of my favorite ever ever ever. katie from planned parenthood came and spoke to thunderous applause, peter sagal came up on stage and spoke his mind…we covered a regina spektor song…the night was ablaze.

i’m so glad i’ve been on tour the last week. it hasn’t been easy but i’ve been with you.

i’m still sort of in shock. anyone else?

it’s all fucking mad, i tell you. but we do have each other.

i’ve had no time to write … but i wanted to thank all of you who came in albany, toronto and chicago. three nights i’ll never forget. two more. minneapolis tomorrow then boulder. all the shows are sold out but people have been appearing with tickets on twitter.

the chicago show was livestreamed on periscope: https://www.periscope.tv/w/avlGbTMyOTU0fDFZcUpEalF6bVJ3S1bJDLsEOljFl5xBZXcJ2O2T31yjqy2njk9ZZC1WeXnvLQ==

and i love you. that’s all.