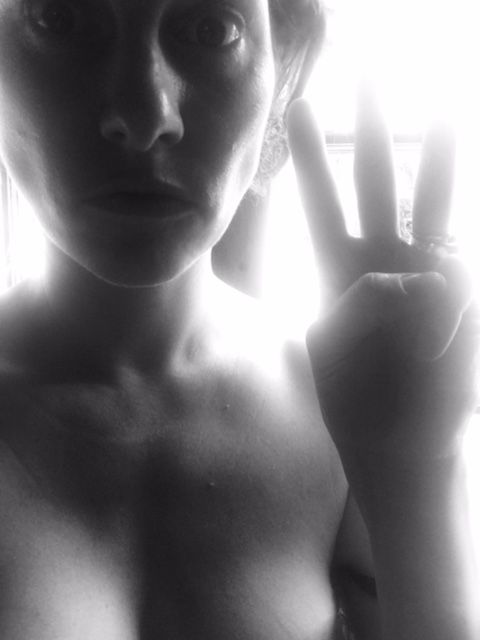 I MADE A LEGENDARY PINK DOTS PLAYLIST. and US tour pre-sale is over tomorrow at 10.

today is the last day of pre-sale for you special patreon-types (minneapolis pre-allotment  sold out but added an extra 100 pre-sale tickets just for us, YAY)! TICKETS GO ON SALE TO THE PUBLIC TOMORROW AT 10 am and i hope the shows sell-out pronto.

there was a little hiccup of shitshow yesterday am since the sale times were off, but it seems like everything got back on track. ticket info down at the very bottom of this post..

i’m hunkered upstate in tour-preparation/life-cleaning mode. it’s slow going people. but i’m going to have lots of things to ask and fix and share in the next few weeks, so stay with me. it’s going to get interesting….clean-up time always is.

for now: the world constellation is merging.

i promised neil ABOUT SIX OR SEVEN YEARS ago that i would make him a playlist of my favorite songs by my favorite band, The Legendary Pink Dots.

he’s on a long drive right now, trying to clear his head to write his first real deliberate novel since the two of us got together. it’s all very symbolic at the moment. i’ve distracted him for seven years. it’s time we all got back to work. i kissed him goodbye, and this playlist is my gift to him to listen to while he drives, and i’m going to share it with you for a beautiful reason as well: THEY HAPPEN TO BE COMING TO AMERICA ON TOUR in a few days.

HERE IS THE PLAYLIST. it’s on spotify:

or if you have spotify open take the easier route and cut/paste:
spotify:user:amandapalmer:playlist:0RrZ9TPoCfiKhpMgFdDG0z

if you’re new to the amanda-plot…i just fulfilled a childhood dream of mine and MADE A RECORD with edward ka-spel, the singer of Legendary Pink Dots. i wrote a passage in “the art of asking” about how important the band was to me, how much they taught me about artist-audience-communion when i was a teenager (they took, and take, impeccable care of their fans), and how edward played a big part in my resolve to stick with songwriting when i was an insecure little 19-year-old mess of an artist.

fast forward twenty years: i spent the spring in london working in imogen heap’s basement with edward, concocting a perfect merger of his songwriting-looping-collage-music style and mine, and the two of us are both fucking over the moon about what we’ve made. the album will be out THIS spring (things take a while)…but we will be dropping one of the songs this fall just to give you guys a taste.

meanwhile: i’d love to educate you guys about why this band, and edwards’s music, means so much to me.

the legendary pink dots are not everybody’s cup of tea, and like the beatles, it can be like: WHERE THE FUCK DO I START?

they’ve put out dozens and dozens of records, and it really is an overwhelming pile.

i got into the band when i was 15 and my boyfriend, jason, gave me a mix. his deep and connected love of the band infected me and i found my ears be carried to a landscape out of the music i was listening to at the time (the cure, depeche mode, yaz, and so on) to a more visceral, imperfect, theatrical spot that i didn’t know existed. the lyrics were such a beautiful blend of poetry and dark humor and dark honesty and i found myself thinking: I HAVE FOUND MY BAND. I HAVE FOUND MY PEOPLE.

i was making and writing my own theater-pieces at the time, under the wing of my director/mentor steven bogart (with whom i still work) and the songs suggested plays to me. i couldn’t hear the music without seeing stories.

over the next ten years, i created two of my most beloved theater projects: “Asylum”, which I created my senior year of high school when I was about 17 – it was a 50-minute play based on the songs on the album (imagine a surreal play that looked sort of like a long live music video with little dialogue and a lot of props and movement)..the plot followed a man in a sort of spiritual jail/asylum the night and morning before being being executed. Then there was “Hotel Blanc”, which I created the first year of The Dresden Dolls (at that point, I was 25 – this band has never left me), which was  another hour-long piece of theater with 5 or 6 actors and used a variety of LPD songs but also used some music by Radiohead and Einstuerzende Neubauten and Philip Glass. The plot, much like Michael’s “Jib”, followed three different stories at three different points in time overlapping in the same physical space and explored the way abuse and secrecy have long-standing echo effects through the generations.  Both of those projects came out of the bottom of my heart – the merger of music and stage visuals and the idea of people all in a room, in real time, experiencing the unique magic of “theater”.

you can understand now why this music means so much to me (i’ve choreographed entire casts to some of these songs) and why it meant (means) so much to me to actually make a record with the creator of this music.

a few notes, before you begin.

i’m listening to this playlist now and hearing things i’d never heard before. the songs are a rorschach.

“charaderama” is a perfect example….when i first heard this song at 15, i took it at face value. it was only in my twenties that i realized that it was (or is it?) a darkly humorous/sarcastic sketch of the goth scene (thus the pun in the title…charade-a-rama…get it?). “tonight i’m dressed in black / i mourn the death of color” – HILARIOUS.

there are whole hidden plots and themes. there are lots of songs set in hotels. there are recurring characters (lisa, the captian, tanith, astrid). if you want to delve deep into the LPD discography, there’s much to find. i tried to represent a BUNCH of albums here, but not all are represented. you can probably tell my favorite records from the number of songs i pulled….i suggest, if a particular song turns you on, just follow that album down its rabbit hole and listen to music from the same era. the dots have gone through MANY personnel changes and the stuff from 1984 is almost indistinguishable from the stuff in the late 1990’s – though edward’s totally unique voice threads everything together. some of the songs are from edward’s solo releases (which are just a beautiful as the dots’ stuff). if you’ve gotten distracted, here’s the link to the playlist again. magic.

LAST BUT NOT LEAST and COSMIC TIMING: the legendary pink dots are going on tour in the USA in about a week. they’re supporting their new album, “pages of aquarius” https://metropolisrecords.bandcamp.com/album/pages-of-aquarius which i would include in the playlist but it ain’t up on spotify yet, so just give it a spin over there.

they ARE PHENOMENALLY FANTASTIC LIVE, and this is coming from me, and i’m fucking picky.

if you get a chance, PLEASE GO SEE THEM. and if you do, HUG THEM HELLO, TELL THEM AMANDA SENT YOU, BUY THEIR MERCH and generally love them up. they are a small, struggling band on the road, playing in venues of 100-400….even after all these years.  they raised me. go pay homage to the source. this is like kurt cobain telling you to go see the melvins. just go.

***A WARNING FOR ANYONE SKIMMING THIS EMAIL – THESE AREN’T MY TOUR DATES. THEY’RE THE TOUR DATES OF THE LEGENDARY PINK DOTS. DONT GET CONFUSED****

NOVEMBER 10th – Albany, NY – (NOTE! this was originially announced as Nov 9, and has changed! the show is the 10th. which is neil’s birthday. just saying. shenagigans.) @ The Egg Center for the Performing Arts – Albany, NY http://www.theegg.org/event/an-evening-with-amanda-palmer

connecting the legendary pink dots. and an important confession.

daring greatly in your volvo (also, tickets on sale TOMORROW!)

THE ART OF ASKING tour comes to melbourne and sydney! tickets on sale now now now