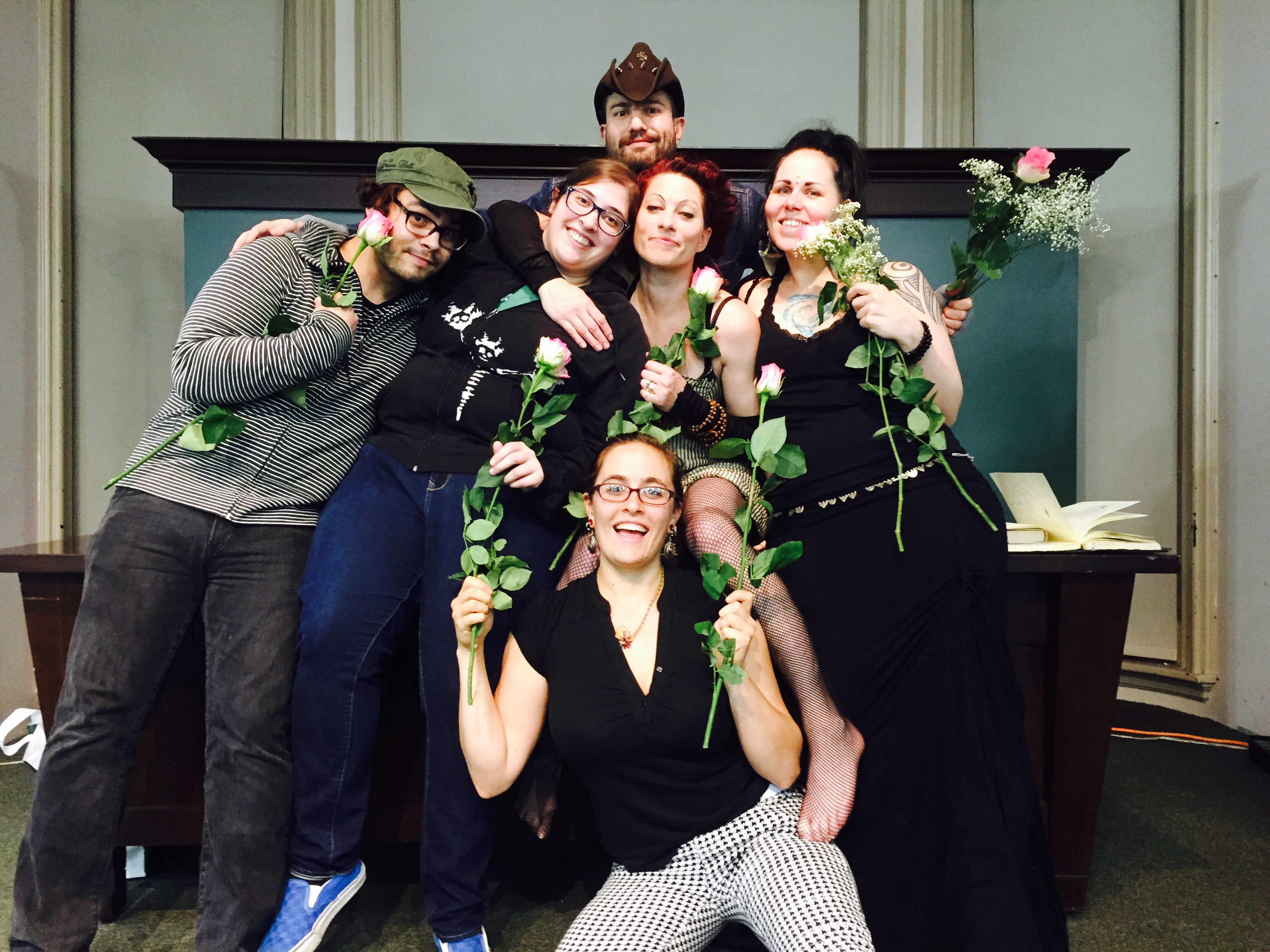 from the back of my ’85 delorean, a thank-you message from the present.

now that book-release-and-killer-tour season is over and the flames of the slash-and-burn-year of 2014 are receding in the rearview of 2015’s biodiesel 1985 delorean…i’d like to make this moment to say something really important.

this is a picture of my team, at the launch of the book at barnes and noble in november.

AFP is a virtual team, which is to say (and i learned this the hard way when i practically broke neil gaiman’s heart in two by saying that our marriage was “a virtual marriage” in some newspaper interview or another…leading him to believe that i believed that our marriage wasn’t Real and leading to months of agony, insecurity, and explaining) that we are, rather, almost never all in the same place at the same time.* superkate, my amazing assistant, and eric, my amazing manager, have mostly worked out of our little new york office, but i’m almost never there (especially due to the last few years of anthony boston-based cancer-drama), hayley is in new york but works on stuff remotely, since she now has a full-time job at kickstarter (which makes me so proud i could explode) and sean has been working, as usual, out of unknown cafes in brooklyn, from hidden caves in the alps, and off his phone in vermont most of the times you see him help me with The Blog. and whitney, who isn’t a full-time team AFP member but more like an on-call wing-man for touring who’s been in and out of my road life going back to 2004 with the dresden dolls, lives in the bay area.

but here, for one beautiful, brief, glacially-collided moment, we were all in one room at one time and someone was clever enough to orchestrate a picture.

i crowdsurf, tour, and make art on the shoulders of giants. which is to say: with the loving help of all these people.

so i’d like to offer up a hallelujah, amen, fuck yeah…to the human beings who have made so many things not just possible for me, but for you, for this whole community.

this was a hard year, my friends. we made it out the other side, ALIVE!!!!!
so
HALLELUJAH
AMEN
FUCK YEAH

…thank you guys, for everything. without help, this ship wouldn’t sail and i know it.

p.s. and this is also not a bad moment to note that not pictured are a whole slew of others: my book agent merrilee, all the great internet helpers at famehouse (particularly nick and nikki), my booking agents bex and matt, my accountants and financial guys at DWA, my lawyer ted, and the list keeps going and going and there’s always someone to thank. i know you guys are out there. HalleljuaAmenFuckYeah forever.