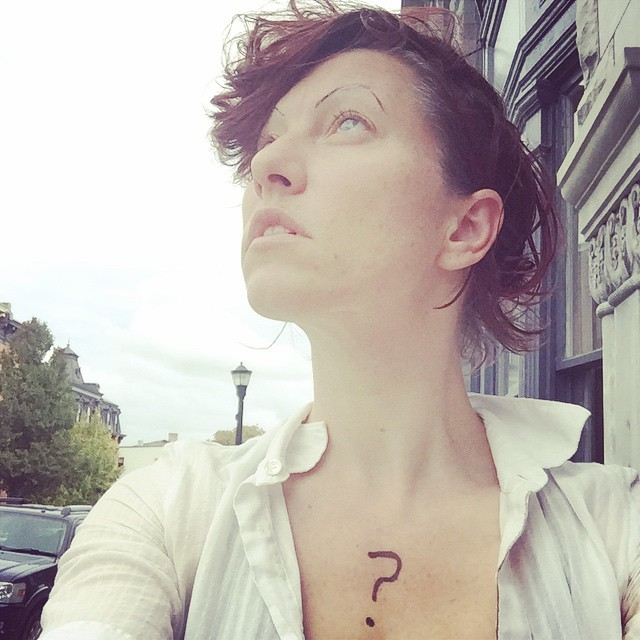 GETTING BACK TO MAKING ALL THE THINGS, your input required

I WANT TO GET BACK TO MAKING ALL THE THINGS AND I NEED YOU TO TELL ME HOW WE ARE GOING TO DO THIS. this is really important, so please leave comments. i will be reading everything.

just got off the phone with eric (@southships) and the team. things are afoot. we make a Thing.

i’ve been recording new music, slowly but surely, in the cracks of my schedule. i’ve also been working on ideas for new videos, and thinking about what to write next, post-book, and how to make a living, money-wise, post-kickstarter.

i’ve also been going back and forth with a few big newspapers about doing an “ask amanda” column, which is actually quite a bit of work to actually put together (fielding the questions – holy fuck there are a lot – and actually sitting down and writing.) the newspapers are slow to work with. i think i’m just going to do it myself. i’d need help and time.

this brings me to Patreon, which is a platform you’ve probably seen me talking about in the past few months. it’s basically like kickstarter, but ongoing. as a backer/patron, you pledge to be charged by your artist: either per month or per piece of content.

go look at, for instance, the founder Jack Conte’s patreon page.
he’s making VIDEOS, has 1377 patrons who back him at various levels and makes about $5,300 every time he puts out a video.

mind you: the videos he puts out are free to the people of youtube. he backers back him because they…want to support him and give him a budget, which is how it works over there.
see also: comic artist Jeph Jacques…he’s charging his patrons Per Month instead of Per Comic (you can do it any way you wanna).

he has 3,214 patrons and is paid $9,700 per month to make his comics. no middleman. it’s pretty wonderful. also, you can CAP your monthly backing so you don’t go over budget. which is to say: if you decide to back be at $5 per song and i go HOG WILD and release 10 songs that much, your credit card would be charged $50 at the end of the month. IF, however, you limit your budget to $15, you’ll just be charged your maximum. i think that’s important – it prevents anxiety. also, if you don’t like the way things are going (“why is amanda charging us for these awful recordings of herself and her friends farting into a microphone? why is she posting essays of one sentence pasted to a single document 6,779 times? she thinks this is ART? fuck this”) – you can simply cancel your backing before the end of the month hits and your card is charged.

i’ve been supporting about 5-6 artists on patreon for just about a year, and it’s pretty awesome. they send me emails with their new videos and recordings. i likeee.

the thing about kickstarter is that it is amazing for huge projects but for artists who just want to get regularly paid and crank out content again and again (and again and again and again), coming up with a kickstarter, running it, doing rewards, and then starting from the beginning and doing it again isn’t the best solution for REGULAR work. it’s great if, say, i want to try to fund an art book of dresden dolls photos, or make a one-time film, or even try to record and release a physical vinyl album. kickstarter is PERFECT for that because it gives me an idea of how many people want The Thing Itself. 5,600 people want this book? great. i’ll print 10,000. 4,500 want this vinyl record? great, i’ll manufacture 5,000. everybody happy.

but if i want to stay OFF a label and just hop into the recording studio when i feel like it and record songs, or write a column, and NOT put them out through the system but instead, give them straight to the world and the fanbase, kickstarter isn’t the tool.

I WANT TO RELEASE THINGS FOR FREE. but as i’ve learned, offering 100% of everything for free on my site hasn’t yielded very much business. people will help me when i ask (see: kickstarter) but they won’t just wander to my music tip jar and throw in money. we have watched and learned.

so i think i’m going to try patreon. i’d use it to release All The Things: song recordings, interview recordings/podcasts, essays, videos, weird artwork, basically anything That You Will Enjoy i feel i’ve put enough Time and Energy into to get paid for. it’s a huge trust fall, in both directions. you need to trust me to charge you for art. i need to trust you to pay for it.

BUT FIRST, before i do this, i want to know what you guys think about the details…

the whole thing is going to be a massive experiment and i’m sure i’m going to tweak and fiddle with the levels and rewards a bit as we roll along.

TELL ME HOW THIS LOOKS. too much/too little/fair/not fair…
AND do you have any other ideas for reward levels?

important: THIS IS NOT A MERCH WAREHOUSE – part of what we want to AVOID is sending people shit in the mail every month. hardcore fans, i love you, but i don’t think even YOU want be to have to slave away at sending you Shit/Posters/Shirts In The Mail every month. it’s a waste. and it’s not music. it’s Stuff.

$1 (per month? or piece of content?) – “backer” – would give you access to my patreon stream/page where we discuss shit. it’s a little social network and it’s nice. i will hang out there, especially to get ideas and feedback.

EITHER $3 or $5 (per month? or piece of content? talk to me) – “downloader” – we’ll send you actual files when i release songs/videos/podcast interviews/blatherings/artwork/essasy/material that comes in emailable-format.

$10 or $25 (?) (per month? or piece of content?) – “living room” –
-access to a google hangout/check-in/webcast-y kind of thing we’ll do about once a month from wherever i have good lighting and wireless. i’ll take questions, check in about the state o things, talk about life, do my AFP webcast thing-thang.

$100 – “The Medici” – (per month? or piece of content? that’s a damn lotta dough. then ago, there are some really nice rich weirdos out there, hi guys!)(important: limited to 15 people only) – i will draw/send you a postcard and write you the inside-of-head message about a month, from wherever i am. consider it a postal tweet. i’ll either design the card myself, or have a friend do it, or buy it at an antique shop, or a gas station, or…y’know. also, i’ll keep your phone numbers on me and if i’m too burned to post or lonely, i’ll call you instead. we’ll also guest list you at any shows, and list your name on any content we put out.

how do these look?

is there anything you’d be PISSED about paying for, content-wise. do you think charging for the “ask amanda” content to be posted is lame – seeing as it’s going to be posted to the world for free (as pretty much EVERYTHING is, unless i have a really really rough demo that i just want to share with the fanbase)? would you feel that way if it was just bundled into “all the shit i’m putting out this month”?

and yes HERE’S THE BIG QUESTION: should we charge per piece of content, or per month?

I LOVE THE IDEA of per content because i am an instant gratification freak and i love the idea of getting Paid to Make a Thing – it’s sort of motivating. i can totally see myself in my underwear at 5 am going “ABBA COVER? why NOT?” and staying up till 9 am making it just because i can hit SEND at 9:01 and fall down in a pile of my own vomit feeling like i Put A Thing Into The World. i can also understand how it would feel anxiety-producing for the backers. there limit is built in there, but it does complicate things a little. i dunno. on the fence.

also: if you have any other IDEAS of non-physical shit we can add to these tiers, TELL ME. it can’t be something that takes so much time and energy that i spend 5 days a month delivering it. i cannot make phone calls to 899 people. i cannot sing birthday songs to 247 people. i’ve done that. it is awesome but it takes forever. the idea here is that i want to spend my time MAKING ART, WRITING, RECORDING, PUTTING THE CONTENT FREE OUT INTO THE WORLD and getting PAID FOR IT because some of you out there think it’s worth it.

i’m wide open. i’d love to launch this within the next few weeks. i have (amazing) new recordings burning a hole in my pocket and i’d love to get this launched before book drop and tour on nov 11th (dates HERE) so i can talk about it to the community while i’m on the road.

sorry so long. this is huge for us and i want to get it right. talka to me.
the whole team is going to be reading these comments to get a feel for how to do this.

also….go poke around patreon and see what other people are doing. it may inspire.