December 11, 2010
greetings from a train.
i just finished the EPIC “map of tasmania” video shoot with michael pope, and am fairly FRIED. i wrote the blog below, on the train down. thank you a gazillion times to all the extras and crew and people who helped on the shoot – pictures and more news on it next week, i promise. RAH.
__________
I’m writing this blog completely in my iPhone, as my Mac has turned into a useless brick for the next several days….hence the fact you’ll actually see some capitalization here and there, for once.
imagine there’s no iPhones.
it isn’t hard to do.
no-one to tweet or blog for,
and no computers too.
imagine all the people,
sitting on the train…
ah ahhhh
you may say that we look peaceful,
but we’re not the only ones.
I know you’re texting in the bathroom,
while I stare into the sun.
so comrades…down to business.
this Sunday, TODAY, marks the release of TRISTAN’S EP that we made together, with the help of lots of y’all donating through kickstarter, this past september.
here’s a photo of me/tristan from the recording session: 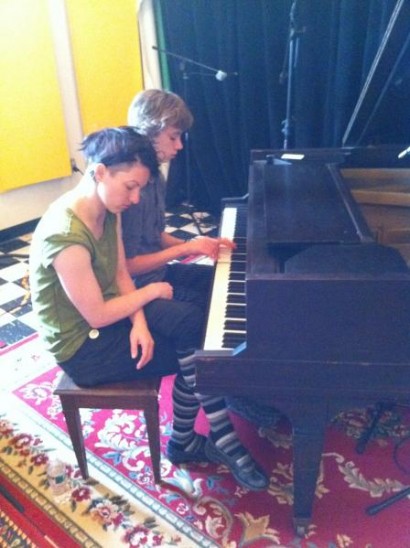 and NOW…….now the record’s ready for YOU. you can get it HERE on bandcamp, and hopefully you’ll go and listen and download and share the holy hell out of it with your friends and loved ones (tweet it, “Like” it on facebook, etc). for those of you on the east coast getting dumped on in snow, sean said it’s beautiful to drive around listening to while mother nature reminds you who’s boss.
if you’re the type who wants something a little more tangible than a digital music file: we have a VERY limited number of the limited edition first pressing of the CD left…if you want one before they’re gone for good, we’ll have some AT THE SHOW (more info below). the very last of them we plan on selling online are available unsigned and signed…tristan and i are gonna attack the pile sunday afternoon before we play.
tristan shot a bunch of photos and got them to sean (my internet king aka @indeciSEAN), then he did all the layout and art for the record…
here’s the cover for the digital version (click it to go and get the record): 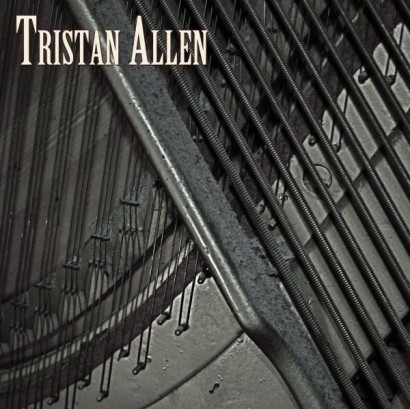 and here are some photos sean took of the physical CD package:
front… 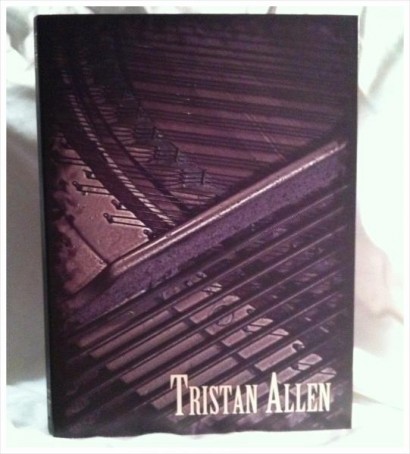 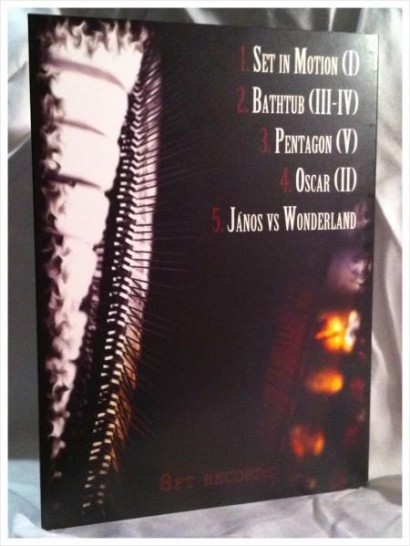 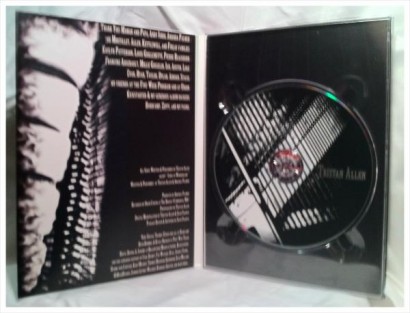 for those of you going “heyyyyyy, that’s bigger than most of the CDs i own”…just because we pretty firmly believe the medium is dead doesn’t mean we don’t want to try and do it up nicely for y’all. so yes, the cat’s officially out of the bag: we wanted to make the first thousand copies extra special, so sean designed a larger format case…we’re already underway on the second printing, and while it shall remain gorgeous, it’s going to be a standard CD-sized digipack.
if you want one of these special-y ones, COME TO THE SHOW……..
6:30pm sunday december 12
berklee performance center
136 massachusetts avenue
boston, ma
tickets are available HERE, though you can try and win some (buy the album tonight at bandcamp and FWD your receipt to Us@amandapalmer.net) or by tweeting I wanna see @amandapalmer & #TRISTAN at @BerkleeCollege SUNDAY http://bit.ly/TAafpRSVP (it can be slightly different, but be sure to include the link and the #TRISTAN hashtag)…….you can also try and plan meetups/arrange to car pool, HERE and HERE on the shadowbox…people are coming from ALL over for this shindig, so save the environment (and money and gas) and MEET SOME NEW PEOPLE  IN THE PROCESS.
this is going to be my last show of the year (other than the two dresden dolls’ shows in cali at the end of the month), , so be there. the boston globe JUST posted their piece on the project/show…read it and post it about: http://bit.ly/GLOBEtristan
it’s gonna be great, and only made greater by seeing you see tristan. he’s gotta be seen to be believed.
that. good.
and for everyone who can’t come….we’re gonna webcast.
we’ll go live at partyontheinternet.com and tweet from @AFPwire when we’re up.
speaking of webcasting……
in connection with tristan’s event, i did a talk the other day for a bunch of Berklee students (watch it HERE), and then spent the day running around boston, dealing with car problems, computer shop problems and other mundane bullshit. i wound up sitting in the car with the heat blasting, down the street from my home, listening for an hour as john Lennon gave his last interview.
i spoke with both Neil and my assistant Superkate on the phone when I finally stepped into my disaster of an apartment, where there’s not even any space left of THE FLOOR for shit, and I found myself telling them both that I wouldn’t trade my life for – seriously – anything. I really do feel like the luckiest fuck to be able to run around making art for a few people and making them hopefully happy while doing so.

< div>john lennon had the weight of the world on his head when he left the beatles. everyone required an explanation from him…about his work, his choices, his politics, his yoko…

all the man wanted was peace, connection, a normal fucking life with his wife and kid. to make music and be happy. one day he walked outside and got shot.
i told neil…sometimes I think it’s awful egotistical but I think there must be megastar artists out there who, in crazed moments, would give anything to have what I’ve got.
total freedom of movement. an audience that truly cares about and feeds and protects me. music that genuinely touches people and that doesn’t thrust me into the mainstream fire, but that easily pays my rent. sometimes I don’t remember what I’ve got until I talk to a bunch of teenagers about it. and john. I’m sorry he’s gone.
but I’m happy other artists are appearing in my life, fucking shit up in their own unique ways. that’s the story.
life goes on, blazing and glorious.
for those of you who’ve never seen it, the Dresden dolls once re-created Annie leibovitz’s famous portrait of john and yoko from rolling stone. photo by lisa gordon: 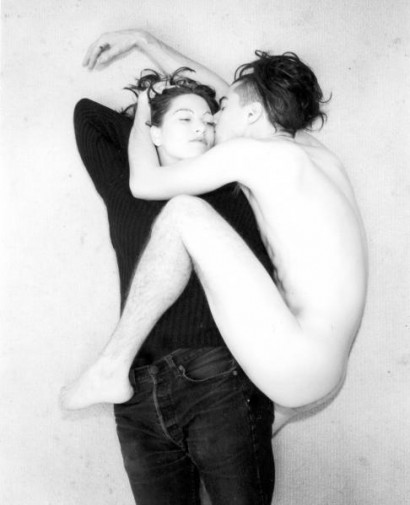 p.s. right now, from home, tristan & his girlfriend kaylyn…he’s practicing for tomorrow. so amazing to listen while i work: 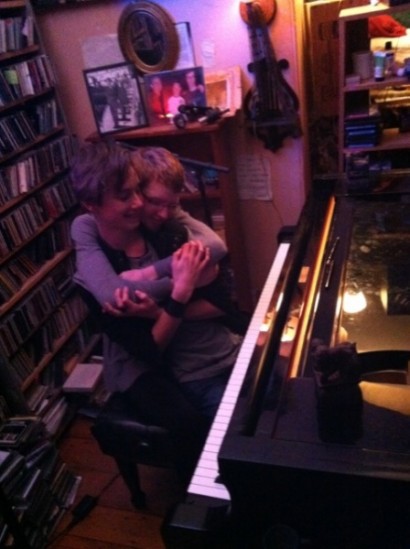 don’t forget comrades, you can get the album now.

i’m taking TRISTAN INTO THE STUDIO!!! help us pay for it, mofos.