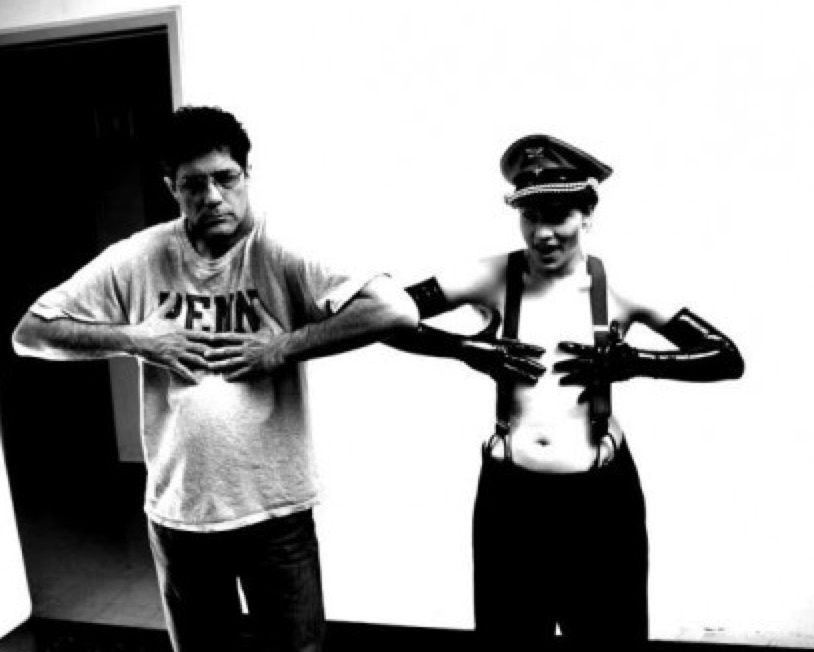 July 29, 2010
so, my comrades, i’m gonna split this blog up into a couple pieces because i got too much to say and it’s gettin’ too lengthy-like.
….barely a few days passed from the release of the #UkuleleHead record, and we’re onto project number Next.
yes, it is time for “cabaret”.
here’s the poster…. 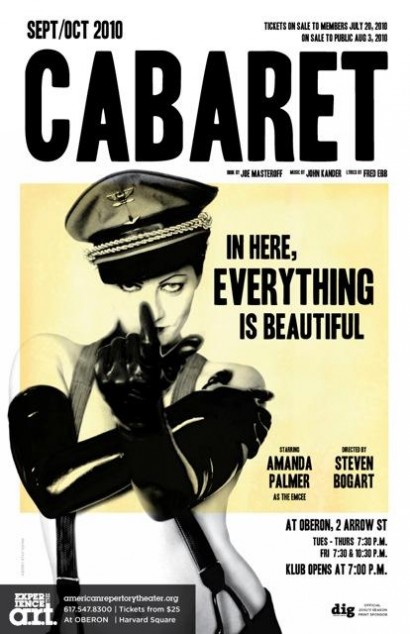 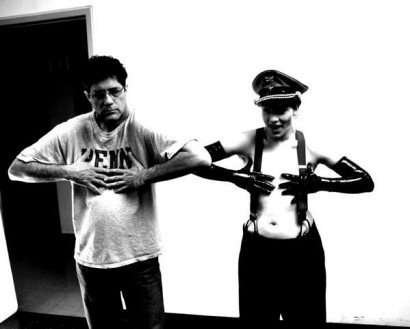 i’ll write more in Blog Part Two about the show itself, the cast, crew, etc. but for now, before i forget (and i’ll repeat this in blog 2)….
presenting….
FEED CABARET!
are you or near harvard square or boston? are you bored? can you cook? do you have a garden over-sprouting with vegetables & fruits and don’t know what to do with them?
do you want to feed us? YES YOU DO YOU DO YOU DO!
i tried this during the play in lexington last year, and it worked like a charm, so i repeat for “cabaret”:
if you’re up for it, BRING US FOOD! we are hungry, always.
we’re rehearsing our collective asses off for the next 5 weeks and are taking dinner (& sometimes lunch) breaks EVERY DAY while we kick this shit into shape.
there are TONS of us (the cast and crew total about 25+ people) BUT anything is welcome, since most everybody in the cast is a broke actor.
if you even just want to drop off snacks, we’ll happily take ‘em.
please only relatively healthy food – if we get inundated with cupcakes and cupcakes only, we’ll all be fat and fucked for the show & you’ll be sad when you come to see us and all you see if 20 actors lying on a stage in a sugar coma. if you’re game to bring ANYTHING, e-mail my girl hayley, and she’ll hook you up with the address, directions, and times & talk to you about how to organize what you got to offer.
when you come to drop your stuff off, you’ll (probably) be able to kick it with me & the cast during the break, but no promises since the schedule is CRAZY & just know that when we start work again we’re gonna kick you out, so don’t be offended. and THANK YOU – when i told the actors about this they were SO EXCITED.
note: about half the cast eat vegetarian/vegan…bring o
ptions.
and if for some reason you’re far away and want to MAIL something, go for it, hayley will give you an address (you can send things via the ART).
someone wonderful last year sent us a coffee cake every week. it was fattening….but splendid. hit us with love, please.
and there’s plenty more coming up in the help department….we’re going to need tons of local boston help to promote this shit (43 shows, i must be mad) so stay tuned.
goodnight, goodnight.
love,
AFP
Back to Blog
« Previous Post
Next Post »