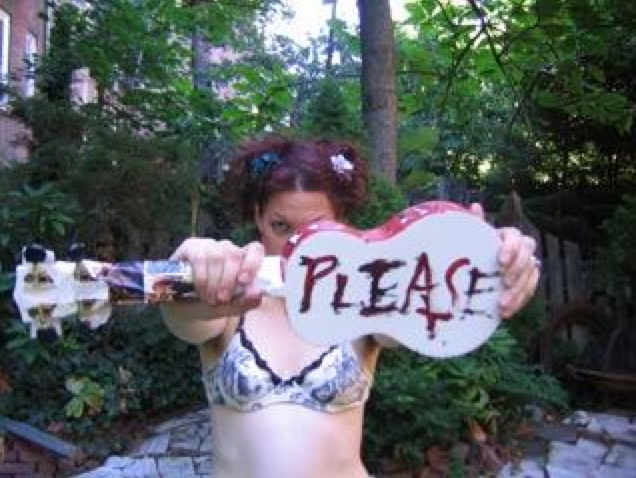 staying up late tonight, putting finishing touches on the mailer that’s about to go out with all the ordering info for the record.
this is truly last call: if you’re not on the list, you miss first crack at the info: LIST.

monday night i’m going to be spending most of my waking hours prepping for the webcast, which is coming along RAWTHER wonderfully.
neil’s going to be here (hoorah!) and i promised he didn’t have to play the tambourine. i also told him we could indeed get him a little tropical drink umbrella for his tea.
pope and i have been chattin’ up a storm about how to run this circus and we’ve roped in some great, professional (EEK) webcasting help, so we’re hoping that the sound isn’t crappy and that everything runs super-smooth.

i’ve also been lining up some great musical guests to join me as we party our way through several floors of the house & possibly take the webcast outside to the GARDEN if the weather stays beautiful.

(the webcast, fyi, will be held at 6pm boston-time (EST…your time zone HERE)

i’m eating lots and lots of watermelon and mangoes.
and putting chia seeds in water and drinking them. they are DELICIOUS with honey and lime. who knew.
it tastes exactly like basil seed drink. i used to be obsessed with basil seed drink, which you can generally only buy in chinatown…. 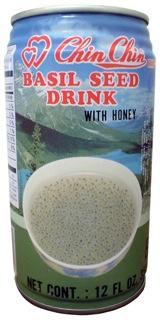 ….and now i’m realized i can MAKE IT AT HOME by the GALLON. whhhhhhoooooooooooaaaaaaaaa.

so….this morning casey, meghan and i went to yoga. we sweated and sweated and then we drank smoothies.
and then we did a photo shoot of all the ukuleles in the backyard garden.

it was such a beautiful fucking day.

here’s the assembled lot…
beth is going to take much better fancy pictures for the ordering page, but here they are, my little uke-y art chillun.

the necks are protected and they’re unstrung for the painting process, but they’ll get re-strung before they ship to their new homes. 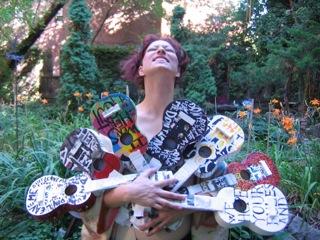 this one was inspired by no surprises…….

YOU LOOK SO TIRED UNHAPPY 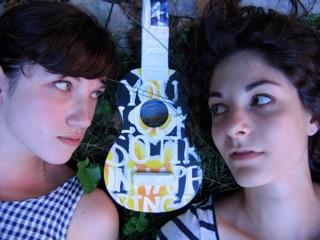 (meghan on left, caseyface on right)

this next one sprouted out of idioteque. 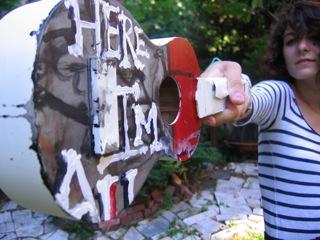 EVERYTHING ALL THE TIME…… 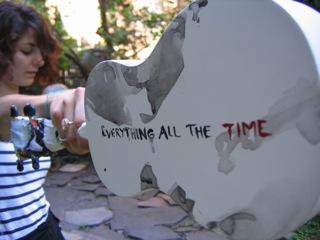 this one grew out of fake plastic tress…

IT WEARS HER OUT… 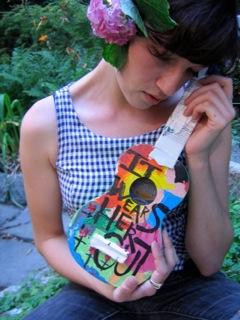 and
IF I COULD BE WHO YOU WANTED…

my personal favorite, the high and dry ones. i did one black on white and one white on black…. 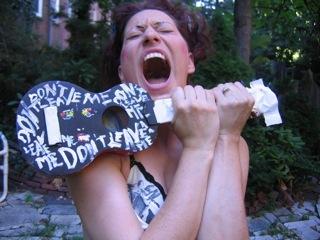 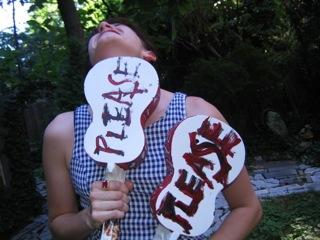 this one was inspired by the bonus track, “exit music (for a film)”.

WE HOPE YOUR RULES AND- 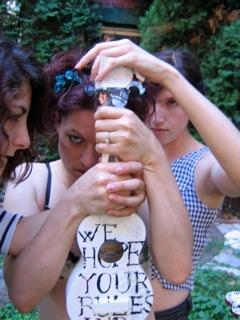 this one has an especially pretty spine etched into the paint, which is hard to capture on photograph but in real-life is nice and 3D. 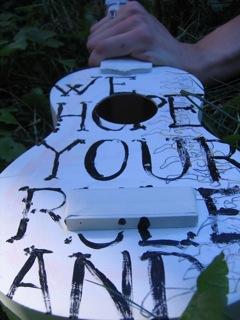 this one sprouted out of idioteque, too 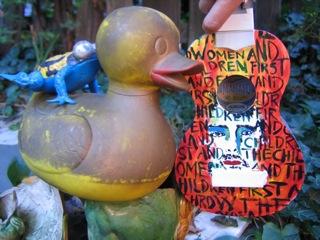 THOM IS NOT BURNING 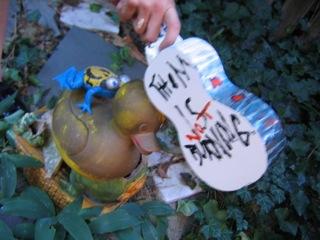 so……them’s the ukuleles that’ll be in the top-tier bundles. i’m happy about them. 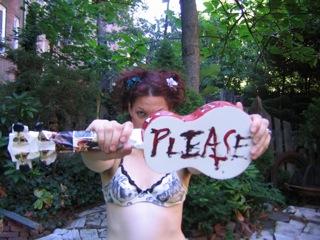