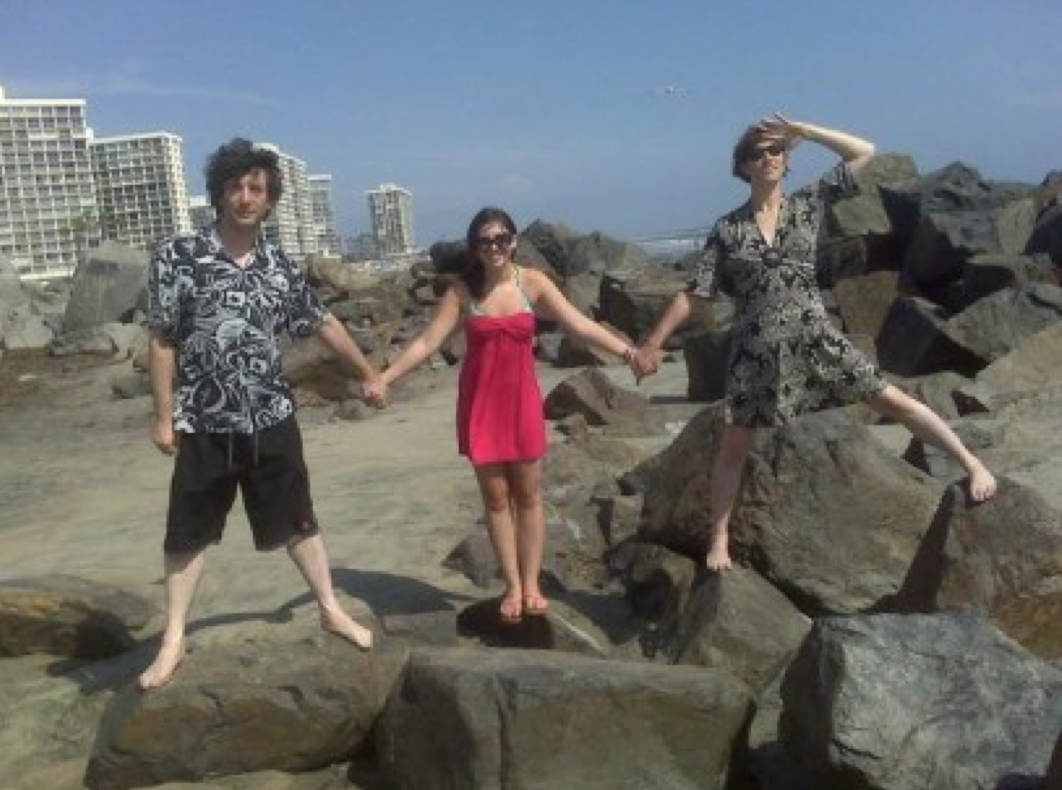 to the beach to the con.

today was The Actual Vacation Day, the only day in this whole messy trip with no big work to do.

so we did what normal people do and we went to the beach.

i haven’t slowed down enough to actually be able to soak or sink, but something is happening. don’t know what.
being on vacation with maddy and her friend and sitting on the beach is such a mainline into nostalgia….
being 15 years old, on the beach, wearing a bathing suit, reading books, listening to headphones, getting sandy, getting burned.
i really never, ever do this in my life anymore.
we drank fruity drinks and i body-surfed with the girls. claire lost her sunglasses in the waves.
neil promptly fell asleep in his beach chair with a book on his chest and his hands clasped together.
maddy laughed and took pictures of his sleeping self. none of this disturbance seemed to wake him.
it felt a little perfect.

neil was correct, though, we needed a whole week like this, not two hours.

claire took this one, ms maddy in the middle. 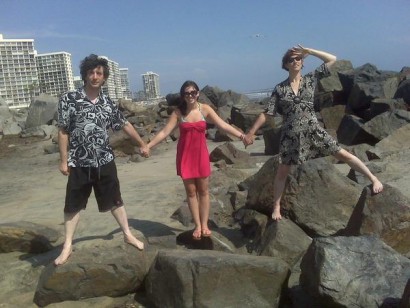 the response to this photo on twitter led to many threats that involved the sending of this photo to http://www.gothsinhotweather.com/

we will have books at the booth….

friday:
1-2 pm: Comic Book Legal Defense Fund Master Sessions
“Who Killed Amanda Palmer?” Life Drawing with illustrators Camilla D’Errico, David Mack, and Terry Moore.
they’ll be drawing me as i pose live and as naked as is allowable.
each of the artists will talk about their process as they sketch and the original art will be auctioned off on saturday night to benefit CBLDF!
sadly, you’ve gotta have a badge for the con to come to the master session, but if you do, come to room 30CDE on friday at 1PM. in case you don’t know, the comic book legal defense fund (CBLDF) exists to fight censorship and defend the first amendment rights of comic book professionals throughout the united states. find ‘em at http://www.cbldf.org/ or HERE on twitter.
again, room 30CDE

can’t wait to see you freeks. also, please pass this info on to anyone you know at comic-con.

i twittered for a keyboard and got one delivered by brandon and jeanette.
we also took a picture. thank you guys. 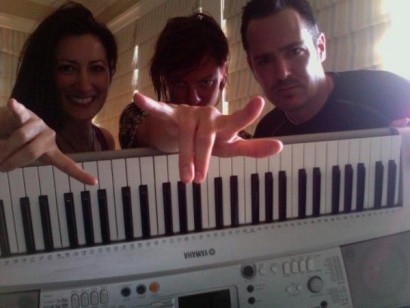 there’s a really beautiful long thread about my blogging personal shit, pregnancy, privacy and what it means to be a public amanda palmer up on the shadowbox.
i don’t usually link to box threads but this one just grabbed my attention and the level of awesomeness and respect with which people treat each other there just makes me so fucking happy:

a propos (as discussed in that link above)….

the rest of the hypebot interview is up.
will post excerpt here….

Kyle Bylin, Associate Editor: Last, but not least, coming straight from the Hypebot comments section, “No major label, no commercial radio play. No commercial radio play, no major tour. No major tour, no wide fan base. No wide fan base, no online yard sales. Without the major label deal, she’d be playing to 100 scenesters at the Middle East Cafe.”How do you respond to the critics who say you have only been able to build an audience because of the money that your label—the one that you have publically stated you want to be dropped from—has spent on promoting you?

Amanda Palmer:  The label absolutely enabled us to grow, until they stopped helping. I need to be very clear about this: Roadrunner Records were incredibly helpful – in 2004. It’s 2009. I have not been sitting on my ass in the 5 years in between, picking my ass and waiting for the label to come around…I’m not an idiot. I’ve been touring non-stop and on the internet for hours and hours every single day. Would I be nowhere without them? Hell no.

The Dresden Dolls had been touring heavily for three years and had made an incredible record – the one that has sold the most copies to date, by far, The Dresden Dolls – all self-financed, before the label came along and signed us. We were well-established and locally, had toured to the Midwest and down to DC and were playing to hundreds of people in Boston and New York.  I was really, really sick of emailing publicists and distributors 7 hours a day and I badly wanted a label to come in and save me from all that desk work. I’d even toyed with starting my own label, but I couldn’t find a good partner. So I jumped. The label bought that first record from us for a flat fee and put a lot of energy into promoting us…until about 2005.

A few weeks after our second record, Yes, Virginia, came out they decided, sometime during a meeting around a very large desk in New York, that they weren’t going to promote the band anymore. And they didn’t. Overnight, they pulled promised funding out of our pockets, including cash of our own that I had fronted for an upcoming tour project. They, to put it plainly, fucked us in the ass a few weeks after the record dropped. When I confronted them with the unfairness, one the brass there literally replied, over the phone “Well, Amanda, we’re a big bad record label. That’s how things go.” That enraged me. We’d been doing a lot of things ourselves anyway – paying for our own tours (we never took tour support), paying for our own indie publicist since the label wouldn’t cover it, paying for our own internet marketing team (because, again, the label wouldn’t cover it), organizing our own street team, making our own home-made videos with our own money….and on and on and on. Instead of applauding and encouraging this, the label just ignored us. The only thing we weren’t doing was literally getting our albums into physical stores. (And that is now, as we know, irrelevant.)

(read the rest at: http://www.hypebot.com/hypebot/2009/07/interview-amanda-fucking-palmer-answers-the-critics-of-her-success-part-3-.html)

the magic-markered-amanda-rolling-stone-cover is going swimmingly.
http://www.theshadowbox.net/forum/index.php?topic=9094.90
i think we’ll just let it continue to roll since people keep submitting…..this one popped up and i don’t know what i love more, the photoshopped spangly green sequin bikini or the fact that i’m groping avril lavigne…. 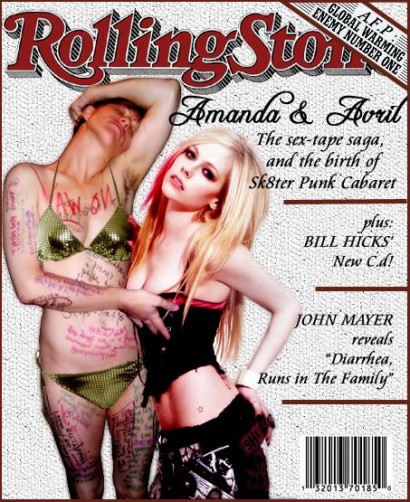 brody pointed out a mistake to me in the myspace comments:

tiny_little_dot1 asked via .net:
where’d you get your tights/leggings? they are very, very awesome.

AFP: you must mean the ones in the twitter picture. i got then at the place in penn station in NYC that sells a million tights.
i forget what the store is called but it’s right near the amtrak hall. i also recommend sock dreams: http://www.sockdreams.com/_shop/edit/index.php 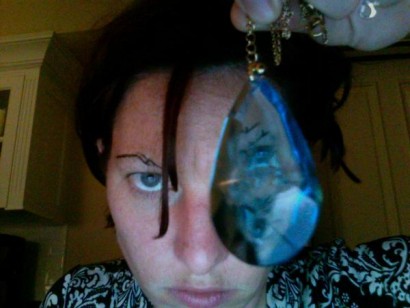