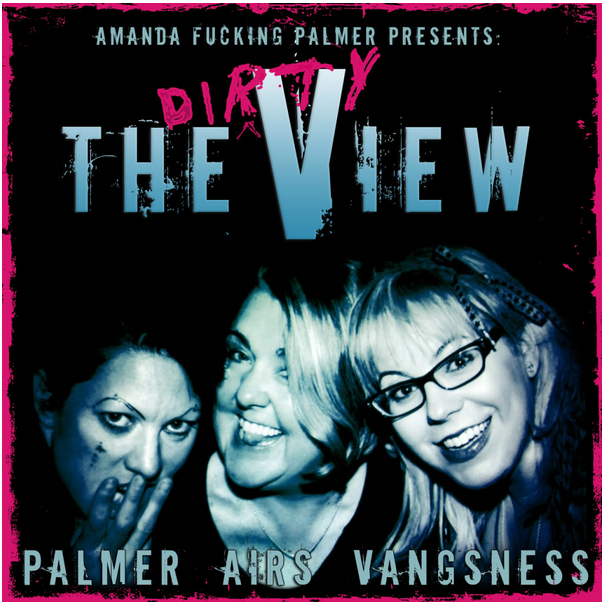 a few weeks ago, i was in LA for carson daly, and went right from there to a ninjagig outside kevin smith’s SModCastle (the blog about that is here).

after ninja-ing, we headed inside where i was joined by special guests KIM AIRS (an old friend of mine who used to run a sex shop in boston called “grand opening”) and KIRSTEN VANGSNESS (the actress from “criminal minds” and more) for a benefit podcast to raise money for and spread awareness about planned parenthood and it’s currently endangered status.

we ended up dubbing the podcast “THE DIRTY VIEW”, right before going on stage.

(kim in the middle, kirstin on the right): 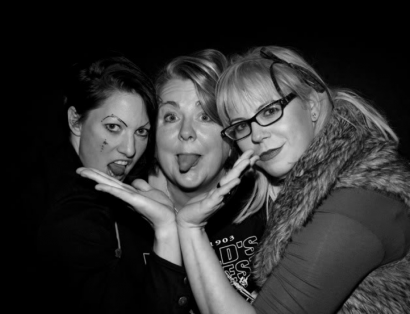 we laughed a lot.

and here, kim shares a hands-free approach to condom-application: 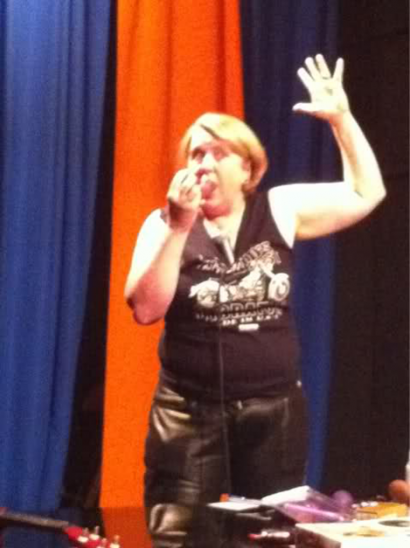 there were a bunch of teenagers in the audience and we talked about how sex information spreads.
and how being a teenager sucks, and how to deal with it. it was awesome.

people shared real things about themselves, their lives, and their experiences.
but most importantly, comrades, we talked about the importance of PLANNED PARENTHOOD.

we did a poll of the 50+ people IN the room and asked WHO had ever been to planned parenthood.
more than half the hands shot up.

like super kate mentions on the podcast, one of the most frustrating things is that when searching the net for statistics and to educate oneself on the options out there, most of the shit that’s easy to find (or comes up first in google) is either skewed, inaccurate, or completely made-up BS by the very same groups trying to hurt funding for PP.

as we guessed (and had confirmed by a raise of hands at the show), even if you haven’t visited a planned parenthood yourself, chances are someone very close to you (probably even a partner) has. and it’s helped.

so, with that, we are thrilled to announce that the podcast is available for download at amandapalmer.bandcamp.com

this is definitely something i’d love to do more of.

in addition to DOING SOMETHING GOOD, doing this was REALLY FUCKING FUN.

i’ve been enjoying talking to people lately – the stuff i did speaking in schools in australia was also really exciting.

i might try to do more of this shit…it’s just too fun not to.

for those of you who heard neil and i do “starfucking” with kevin, or who’ve seen me do an “ask amanda” at a show, it’s obvious….this bitch likes to talk.

i don’t think i’m going to go all henry rollins on your ass and start doing spoken-word tours or anything, but it was really satisfying to sit with two smart, real, truly empowered and honest women, and engage a group of people in a discussion about something really important to us. 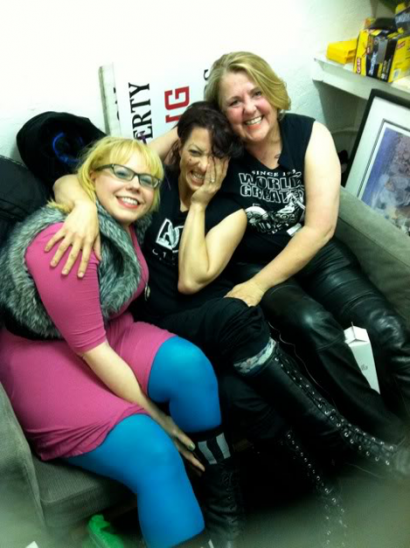 visit music.amandapalmer.net (or click the cover art) to grab it, now. 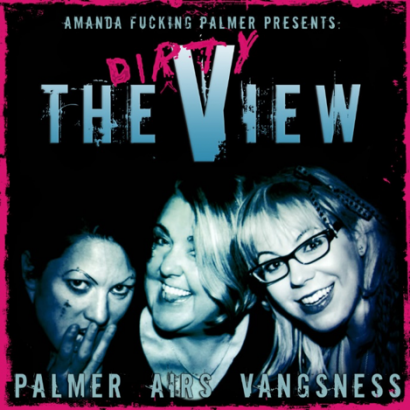 please share the pod with people. if you have a daughter, cousin, younger sibling, or whatever, i feel like this podcast is a really healthy way to open up teenage girls to a different, more honest point of view about the questions they might have about sex and education….and not being ashamed.
be the media, people. use twitter, facebook, AIM, email, whatever. tell your local college radio station to give it a listen, or leave a little DIY flyer at your local PP next time you go. because you should. as we profess over and over again, they’re awesome.

even more importantly, if you can chip in some money to help “i stand with planned parenthood”, please do.

if you want to do it direct, you can right HERE on their site.

p.s. one last pic from the SModCastle show… 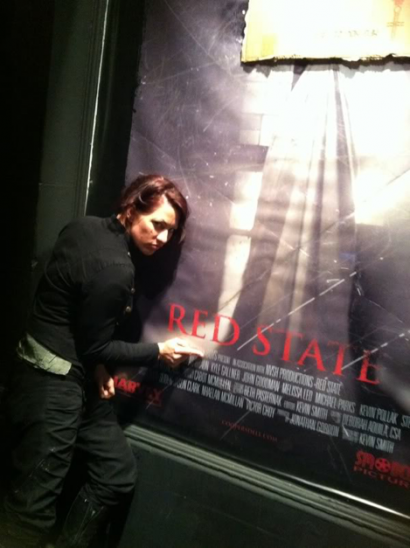 many thanks to kevin (go see his movie, he’s wrapping up the tour this week in LA!), matt cohen, everyone else at SModCastle that helped bring the pod together so quickly, and of course super kate, kim airs, and kristen. love.

the lady gaga show. and freedom.