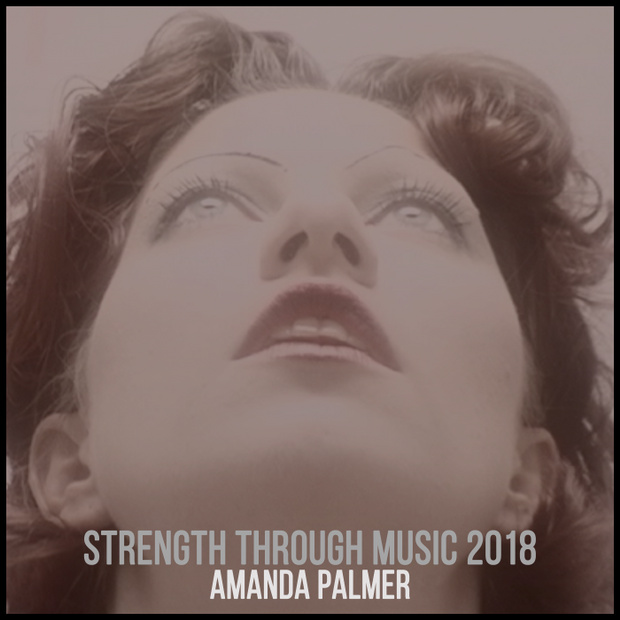 it’s late at night here. hope you’re there. i know you’re kinda there, because i’ve been poring over your 550 in-depth comments from the post the other day about All Things Patreon and tiers and business. but if i may excuse us from the business for a moment….to talk about the world.

this Thing wasn’t planned. it started happening today at 4 pm (new york time). i had sent an email to michael pope, the original director for the “strength through music” video i put out in 2008 when Who Killed Amanda Palmer came out. i’d gone to share the video it on the internet a few days ago…i was going to write something more about what was happening in the insane world of guns, america, and kids in schools dying on a daily basis. but i wasn’t happy with it.

the song “strength through music” had been written as a response to the shootings at columbine. it wasn’t an out-and-out message song, it was more a requiem for the entire situation – the shooters, the dead, the disconnect. the way i imagined the shooters putting on their headphones and treating their fellow human beings like targets in a fucking video game, instead of like…human beings.

we shot the video, with students, at my alma mater, lexington high school. i actually walk by my old locker (it’s on the right).

i love the original video deeply, and i do love the song, but it’s always bothered me. when i was in the studio with ben folds, making “who killed amanda palmer” all those years ago (11 years, fuck), i was obsessed with a surreal online cartoon called “strindberg and helium“. the day before i worked on “strength through music” with ben (and our engineer, joe costa) i’d showed the video in the control room and we’d all laughed our asses off at the silliness and sadness of it. it was my bright idea the next day to pop a sample from it onto the beginning of the song. i still, to this day, am not sure why i did it. i just liked the sound of it. and so…i did it, because there was nobody there to stop me.

a few months later, after i’d shot and scripted the video with michael pope, i found myself sort of regretting the sample. but it was far too late at that point. it was just going to have to stand as a sort of weird enigma.

when i went on a world tour to promote “who killed amanda palmer” with the danger ensemble – a group of 4 australian actors and 1 australian violinist – we started the song with the story of columbine. then the piano, and then the violinist, lyndon chester, reading out the names of the kids murdered at columbine – and where, and how, they were murdered. then the actors walked across the stage, in school uniforms, with their hands on their heads, and, at the end of the song, fell silently. it was one of the most powerful moments of the show. here’s some footage: https://www.youtube.com/watch?v=YpA_IVDApvQ

i found myself wishing i could go back and fix the video to be that powerful.

i called pope and we started talking about all of this.

he looked through his hard drives.

he found the original footage.

i called my friend in town, marco benevento, who has a decent recording studio and mic, to see if he was home and could maybe do a quick vocal. while i raced over there, hayley put together a list of names. an hour later i recorded them, while pope used the original instrumental version of the song to create a new track.

here’s me at marco’s earlier today, recording the names. 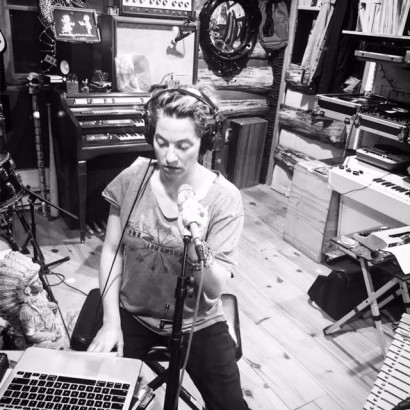 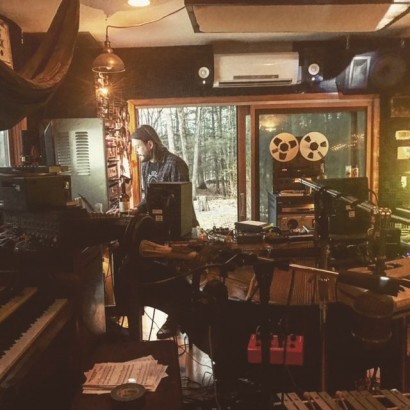 the names are the victims from parkland/stoneman douglas, newtown/sandy hook and columbine.

i went to twitter to ask for help sourcing the pronunciation of names from parkland, and somebody sent me this youtube clip of anderson cooper reading off the names and ages of the kids who were murdered…and there i was, sitting in my car outside the recording studio, with a pen in my hand to take notes, and i just started sobbing.

it isn’t just these kids. it’s kids every day, everywhere. dying. because of guns. guns everywhere.

so. we are putting this video, with a new introduction, back into the world.

because it’s time. because enough.

enough with this. and never again.

oh, and one more thing, while i’m feeling vulnerable about all this: the title.

the title of the song is a dark play on “strength through joy”, a horrific german slogan (“kraft durch freude”) that refers to the state-operated leisure organization of the nazis. i’ll let you go down the terrible wiki hole, if you want, but it was a nod to how obsessed these teenage gunmen are/were with nazi imagery and the like.

i am officially Thinging this. it’s the third thing in a month, so making a smaller amount of dough than the other things because of pledge caps, but it’s still a bit of dough, and i am giving every cent of profit to the March For Our Lives, which was created as an uprising response to the ongoing insanity of all this gun violence & is taking place march 24th. and i’ll be there – probably in NYC. hopefully we can all march together.

if you want to donate on top, go here: https://www.gofundme.com/8psm8-march-for-our-lives

they are $200k away from reaching their goal, and hopefully the ~$15k that this Thing will generate will help them.

and i hope this is one, small thing that we can do, as artists, as people, as humans who give a fuck. to move the needle some small degree. to stop this madness.

here it is. share it. and good luck…i can’t watch it without crying.

**WARNING** this may be taken off youtube (you never know). if the youtube link ceases working, please go to vimeo.

the song is up on bandcamp for $1, with all of the proceeds going to the march. i’m also going to send you ALL downloads (every patron, incliding $1 folks) in just a second – watch your inboxes. thanks to the team (esp nick) for putting it all together. it took all day and night.

truly: massive thanks to my team for kicking it into high gear today to get this made, and to michael pope for being home on the right afternoon and finding the hard drive.

these things literally don’t happen without the team behind me and the patronage/support of y’all here to pay them for working until literally 11:11 pm, all slaving behind their various computers in brooklyn and philadelphhia. because they are that awesome and they care about the world.