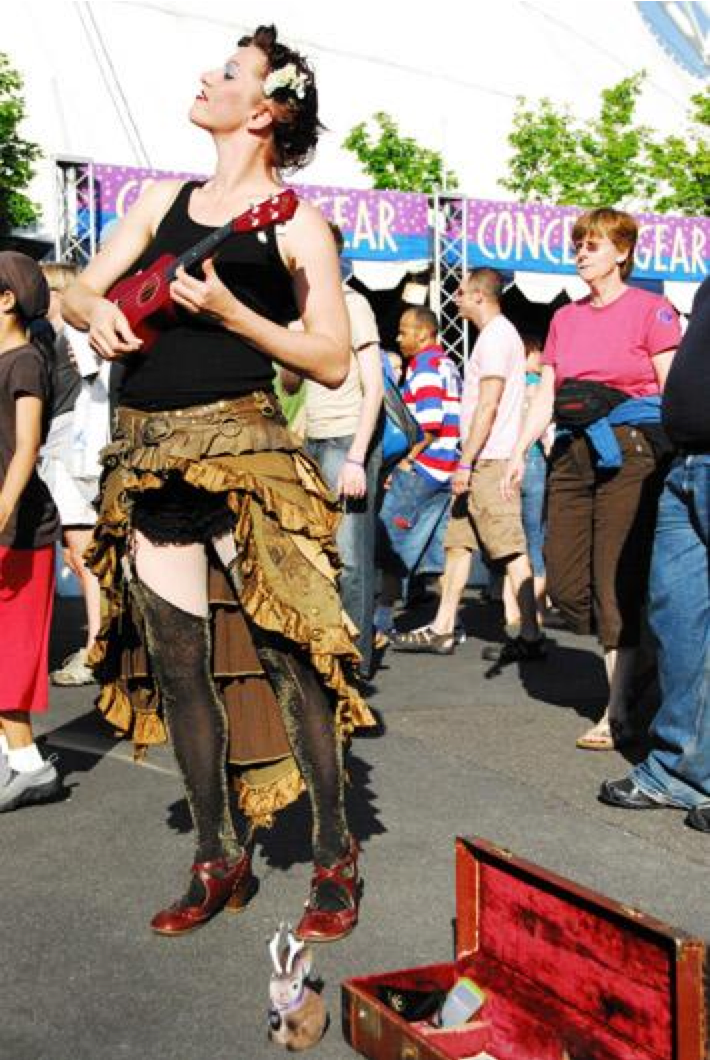 July 14, 2010
neil’s in town, so i’m happy.
we get a day or two together and then we go back to our regularly scheduled lives of separate madness.
i’ve missed him.
while the debate about artNOTart & cdsVSdigital rages on, i will let it rest with this image for the time being: 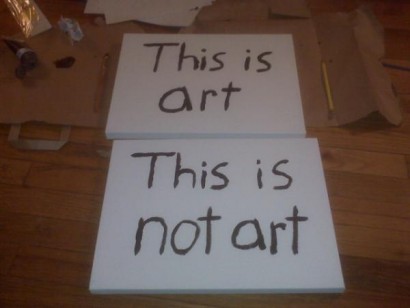 (sent to me from @aliciaxkillsyou, by Michael Van Vliet).
…..and continue on my little story about the wonderful world of Amanda Palmer Performs The Popular Hits of Radiohead On Her Magical Ukulele.
when we last saw our idiotic heroine, she’d purchased a ukulele from the store down the street to play as a joke at bri olson’s iran-benefit, and that was supposed to be the end of the story.
but it went so well, i started thinking….maybe i should bring the ukulele on tour with me. it was a fine little weapon.
i was about to embark on the True Colors tour with the dresden dolls, opening up for cyndi lauper, debbie harry, erasure, the cliks and the gossip.
i resolved not to learn any other songs. all “creep”, all the time.
i would occasionally show up in the lobby – (or, since true colors was mostly in outdoor amphitheaters, outside a clam shack) while people were coming in at the beginning of the night – and busk.
most people didn’t know who i was and thought i was some idiot trying to street perform in a private show, which irritated them, and that sort of made me happymad.
i, of course, only played one song. i only knew one song. people would throw me dollars. i gave all the dollars, in a big pile, to cyndi lauper’s manager to pass onto the matthew shepard foundation (which was the main cause of the tour).
sheri hausey got some great photos.
note the empty ukulele case.
nobody had given me any money at this point.
but someone had given me a bunny.
the world is strange. 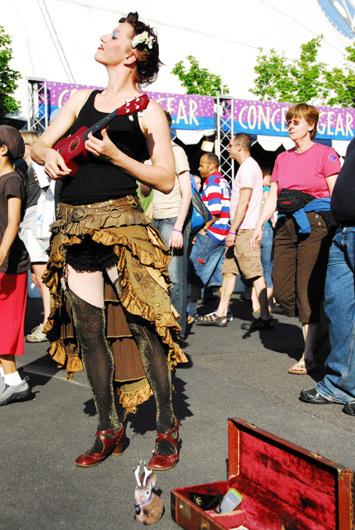 i love the way i’m looking at this kid: 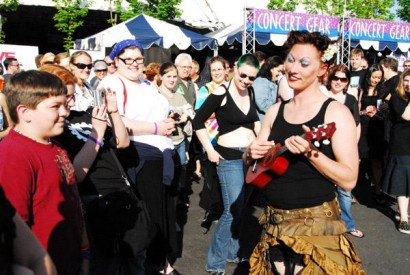 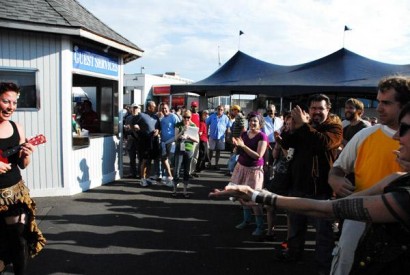 …look to the far right, yes, it’s MISS KATIE KAY and her wonderfully tattooed arm.
so
my relationship with the ukulele stayed very casual. like, not even dating. more like a just making out drunk at parties kind of friendship.
time passed, and i went to the rothbury festival in michigan.
i brought the ukulele because i figured, of course, i could somehow work THE SONG into the circus tent we’d created there.
and that’s when song number two came around. the chords aren’t really that much different from “creep”.
beth happpened to be sitting in the front seat of the golf cart when this eureka moment happened in the back of the golf cart.
i was with my erstwhile boyfriend (and huge radiohead fan) michael mcquilken, who fits into this story later (he ended up mixing “idioteque” for the record)…
anyway, i had figured out the chords to the song about 2 minutes before beth took this video:
this, below, is one of my very favorite videos of the whole song.
i was with the danger ensemble on the who killed amanda palmer tour, and we were playing in paris at le divan du monde.
this was filmed with a video promo group called le cargo…they came in right before soundcheck and asked me to play….anything. so i played them that, and a cure song (which, incidentally, i’d figured out about 6 minutes after figuring out “fake plastic trees” in that same fucking golf cart. golf carts, special song-figuring-outing feng shui?)
the guy i’m shouting at in french, choukri, is the promotor.
you have to hear the way he says “snoop dog” in his french accent. it’s fucking hilarious. anyway.
…and so that was radiohead song number two.
and i really thought that would be it.
really i did.
part III tomorrow.
XX
AFP (& cthulhu) 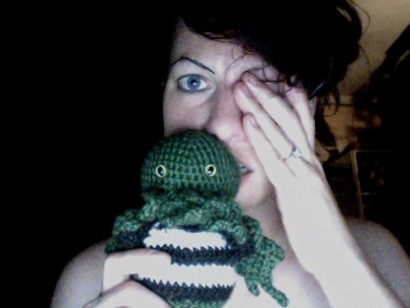 shit’s gettin real yo. no, actually real, you can touch it and get its paint on your fingers