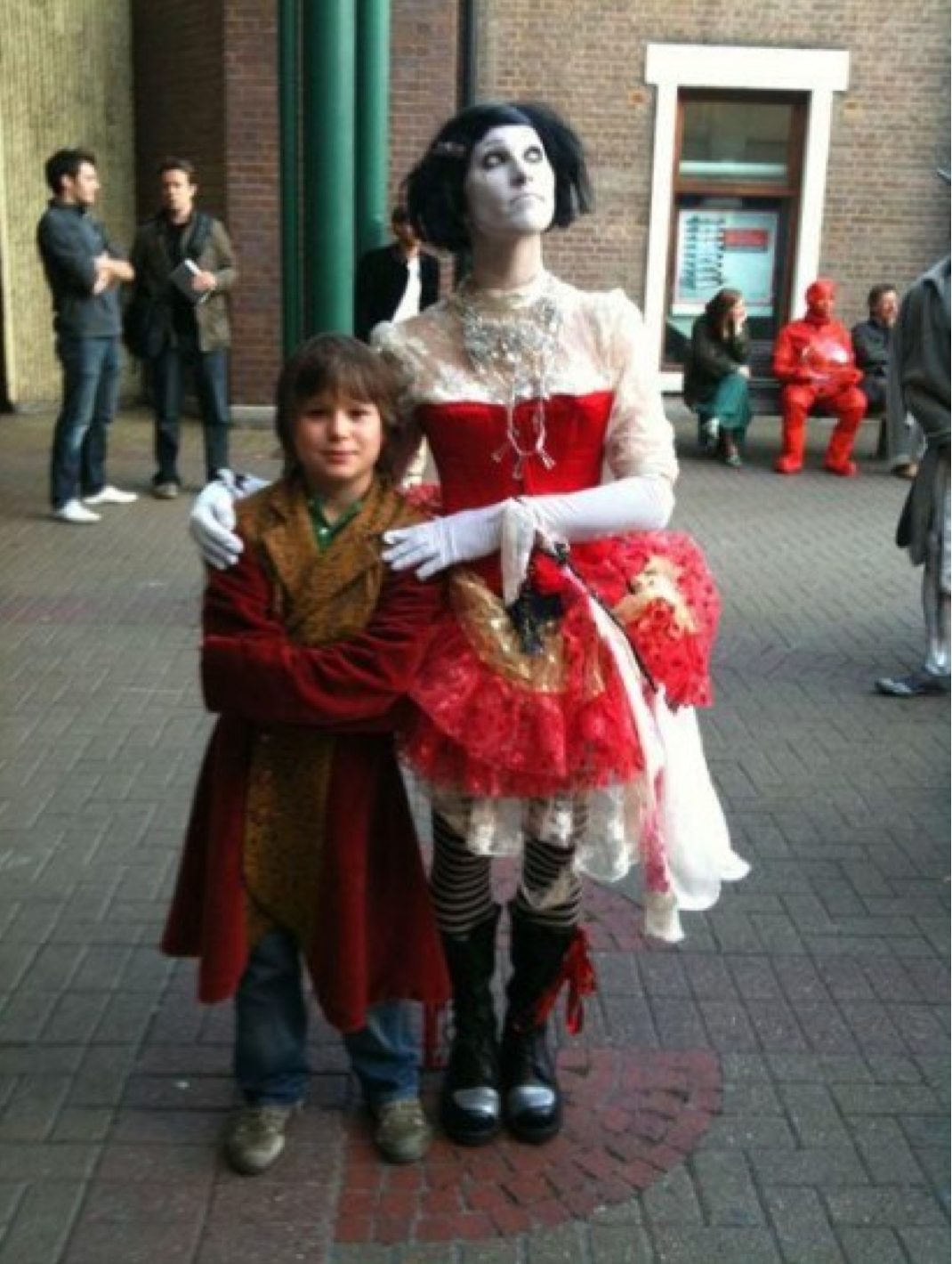 today is second day of filming today in a pub in watford.

been busy as fuck.

had dinner in soho with all them. alan was nice, i didn’t get to talk to him very much. lance was happy.

for those of you who remember lance’s coming-out trails and tribulations you will understand why we, of course, ate some ritual chocolate to celebrate our ongoing freedom from love-tyranny.

woke up the next day and traded places, going this time to *neil’s* fancy friends for dinner, jonathan ross and jane goldman.

they have the most unbelievable house in the world. also they are really nice and their kids are awesome.

ate dinner last night with bill nighy (who’s in the film) and neil. i like him.

we got to chat yesterday in the odd film downtime about some interesting things, like how people think when they act, play music, or do the olympics.

i really like meeting people who are Good At What They Do. i am a hack actor but i know how to enjoy myself and that makes things relatively easy.

mostly making movies is just like making music videos, there is much time spent sitting around in make-up while many many technical things get futzed with.

luckily we have wireless in the pub today and i can sit here like a freak on my computer. it’s quite a scene.

here’s some pictures from yesterday, all taken by hayley campbell (@hayleycampbelly), who’s been my PA for the shoot:

(*thank you to the people who read the twitter feed & came out to be extras yesterday, you were brave to brave watford!) 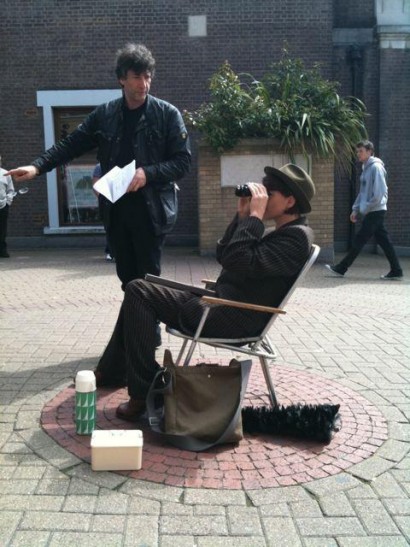 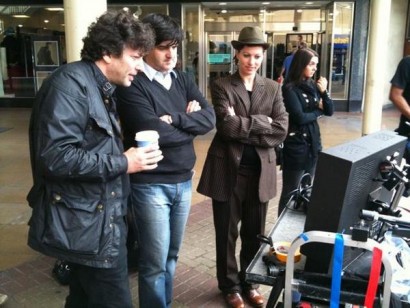 in make-up with sheelagh and hayley: 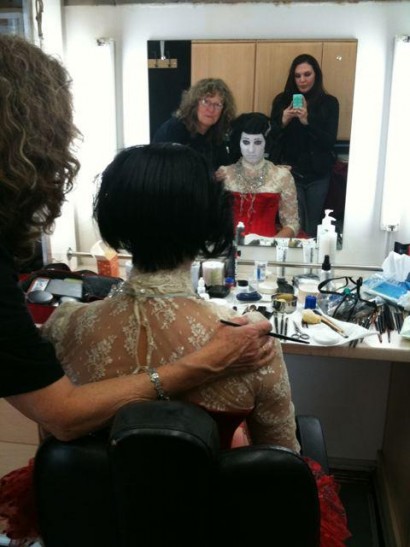 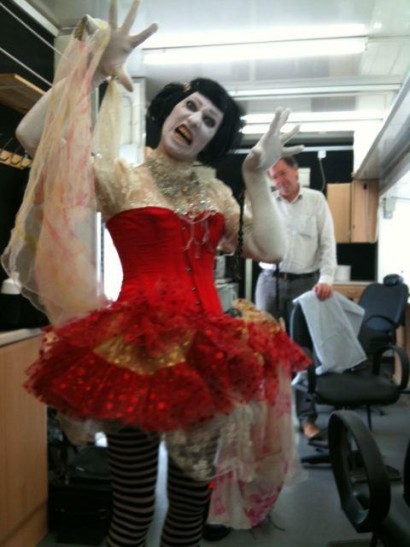 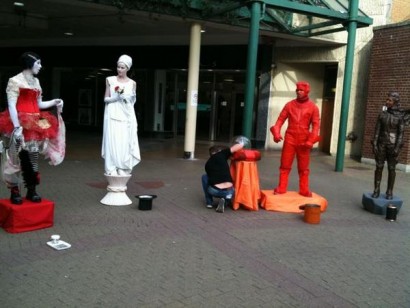 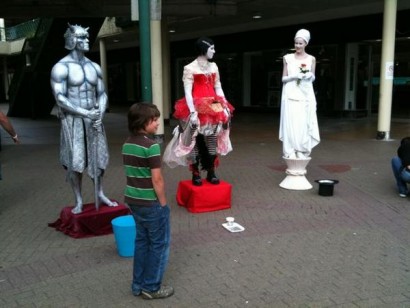 i love him. and he looks hot in my coat: 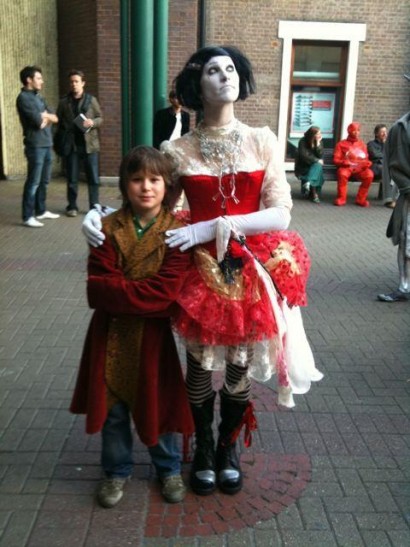 i was enjoying being stuck in the back of this car: 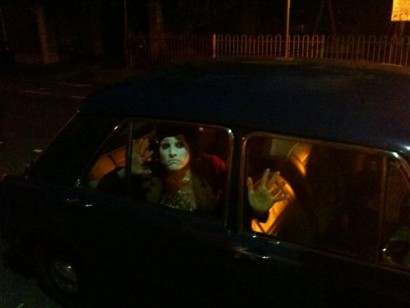 really….it’s going great, neil is killing it (this is his second directing gig, the last one was 10 years ago).

for you UK folks who cannot get enough AFP in your life, i’ve decided to add a last-minute show!

i figured (such is my workaholic logic):

both union shows are sold out.

people were sad they couldn’t get tickets.

i know some rad people in camden (namely Julie & Mike) who manage a bar/club called The World’s End.

so i stopped by the other day and asked if i could invade their house for a late show after one of their scheduled shows.

their answer: FUCK YES! have a pint.

i’ll be playing starting at 12/midnight late sunday the 13th, the night after the second union chapel show.

there won’t be any support.

i have no idea how long the show will go…probably until i get too plastered, and/or – more likely – too sleepy.

most likely it will be an all-requests fuckshow of love. i’ve been brushing up on lots of old songs and i know i won’t play half of them at the union chapel shows since we have a REALLY tight curfew there (10:30).

since the venue loves me i’m hoping everyone will have a kick-ass time….Julie let us have a lock-in bar party there after the electric ballroom show & it was awesome.

they have a fire!

since i know what people will ask….

yes, i will have/sign copies of the book at the show.

yes, neil will *probably* be there and sign too.

yes, i will bring a box of shirts/DVDs/books to sell, max will be there with me.

no, his mustache is not real. yes, he’s really that skinny.

no, there will probably not be tickets at the door (as always, if the show sells out too quickly, go check theshadowbox.net for rides and people hocking unusable tickets).

…and we’ll want to get people in fast.

please form a queue (hee.) and don’t be too loud…we don’t want to get my nice friends from the pub in trouble. 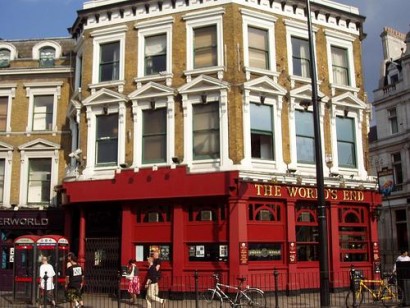 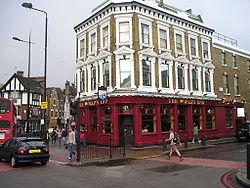 i’m going to send a mailer in the next few days and announce these shows at both gigs, so i can’t imagine it won’t sell out fast.

you can buy them HERE, NOW:

see you there mofos 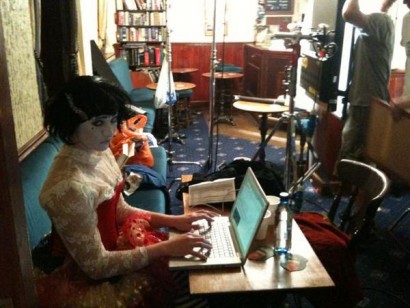 The Secret Order of the Hugging Nuns (and SHOWS in L.A. & SAN DIEGO + SECRET LONDON SHOW)