on Abortion, Rape, Art and Humor.

first the belly thing, now this.
please take a deep breath before you read on, it’s long and rambly.

so:
my label in the UK has been gearing up to promote “oasis” as a radio and video single.
a few days before i left for london i got this email from someone at roadrunner:

Hope you are both well,
I just thought I’d let you know that we have been met by fierce opposition on the Oasis track.
Which is disheartening, as combined with the video, we all felt it was a great promotional tool and track.
All our TV outlets have refused to play the video due to it “making light of rape, religion and abortion”. This is the audio as well as visual.
Many of the stations like the track, and even the video but are bound by strict broadcasting rules. I personally find this quite ridiculous.”

dude.
wasn’t this the UK, land of black humor blacker than blackest black itself?

i emailed back and asked which outlets. the reply:

”NME tv, Scuzz, kerrang, MTV, Q, the box … to name a few. There is only a few networks: bauer, chartshow and MTV. They control all stations and they all had the same issue….”

and i sat there thinking, wow. here we go again.
why can’t ANYTHING just be effing EASY this year?

it isn’t a simple issue, obviously. but the fundamentals seem clear to me.

i sat down one day in or around 2002 and wrote a tongue-in-cheek, ironic up-tempo pop song.
a song about a girl who got drunk, was date raped, and had an abortion.
she sings about these things lightly and joyfully and says that she doesn’t care that these things have happened to her because oasis, (her favorite band) has sent her an autographed photo in the mail. and to make things even better (!!), her bitchy friend melissa, who told the whole school about the abortion, is really jealous.

if you cannot sense the irony in this song, you’re about two intelligence points above a kumquat.

i then recorded this song with ben folds (who is way more intelligent than a kumquat) for my record, WHO KILLED AMANDA PALMER, in 2007.
he produced the song to sound fantastically happy, a full-on peppy beach-boys style number complete with ba ba ba back-up vocals.
we were very proud of it. it was funny, and sad, and made sense. to us.

then i made a video with michael pope that portrayed a VERY literal play-by-play of what was being related in the song. it also made sense to us.

now people in the UK are telling me that the song “makes light of rape, religion and abortion”.

can i simply state:

the song is not a lecture.
the song is a SONG.
it’s a reflection, a character sketch.
as i was walking over to the bbc the other day and my label rep mentioned that they might not let me play “oasis” on the air, i suggested that i might be allowed to play it if i just slowed it way down and played it in a minor key.
think about it. if they heard the same lyrics against the backdrop of a very sad and liliting piano, maybe with some tear-jerking strings thrown in for good measure, would they take issue?

imagine these lyrics to the tune of “strange fruit”. or “yesterday”.

“when i got my abortion, i brought along my boyfriend
we got there an hour before the appointment”…
(cue swelling strings, tears well up in singer’s eyes)

“and outside the building”
(singer looks down, brushes away invisible oncoming tear, lights change, strings ease up mournfully)

“were all these annoying fundamentalist christians”
(singer’s voice breaks, a pin could drop in the audience, the strings suspend their sorrowful bowing for a breath)

“we tried to ignore them…”
(the singer lets a single solitary tear flow down her right cheek and turns her head away from the audience in an i-can’t-even-face-you-right-now moment).

and the crowd goes wild!!!!! such PAIN. such GRAVITAS!

and i think it makes people uncomfortable to hear the truth about a very real and sick situation:
if you don’t know – or have never encountered – a teenager who is going through intense heavy experiences (like rape, abortion, eating disorders, abuse, fill-in-the-blank)
and is laughing these things off like THEY DON’T MATTER, then you are not ALIVE and AWAKE and living on this planet.
IT’S HAPPENING EVERYWHERE. i see it all the time. it’s called being a confused teenager. it’s real. it SUCKS.

the song isn’t even so much ABOUT those topics, it’s about denial, it’s about a girl who can’t find it in herself to take her situation seriously.
that girl exists, everywhere. you probably know her. you’ve probably met her. you might be her.

our COLLECTIVE freedom to approach situations with humor, with irony, with anger, with sadness, with darkness, with an edge, from a different perspective, from within the situation…it’s ESSENTIAL.
we have to agree about this or we ALL get in trouble.

the minute you discount humor, you give evil things POWER. you fuel them. you let them rule you.

so, amanda (you ask)…should we joke about cancer? dead babies? the holocaust?

have you seen “life is beautiful?”

that movie is not a joke about the holocaust. it does not make light of the holocaust…the same way that my song does not “make light” of abortion.
it shows how humor exists in darkness. how it can, how it MUST.
humor and darkness are opposite sides of the same coin.
there is a reason that our funniest comedians have usually had bizarre and fucked-up childhoods.
we can’t afford to abandon the disposition of humor, if we do….we’re lost.

humor is one of the strongest weapon that human beings have against suffering, death and fear.

i could try to win points by talking about how i’ve been date raped (i have been, when i was 20) or how I have every right to joke about this if i want to because i’ve had an abortion myself (i have, when i was 17), but i actually DON’T believe those experiences should lend me any credibility, any more so than i believe the director of “life is beautiful” had to have been an auschwitz victim in order to direct that film.
i should be allowed to write about, sing about, joke about anything that moves me.
so should you. so should everyone.

an artist’s (and a human being’s) freedom to do that, without fear of retribution, is the cornerstone of what keeps the world moving forward, not backwards, not standing still.

i’m sure there’s a part of me (it seems obvious) that was processing my pain, coming to terms with my experiences through the song.
that’s what i do. i’m a songwriter who writes about personal shit.
but because i chose to do it in a black-humor way, with my tongue shoved firmly in the side of my cheek….does that make it less valid?

everything can be offensive to somebody. of course.
i’d be HAPPY to know that the song out there is going to offend some people….not because i have any interest in making people upset, but because i think it’s better
to talk about these things, argue about them, be upset about them, push them out into the open air, stir the pot around. better that, always, than to sweep them under the rug.

in the united states in 1996, about 1.3 MILLION women had an abortion. about half those women were under 25.
and i can assure you, there were approximately 1.3 million different reactions, experiences and stories behind those abortions.
countless girls have been raped or date-raped. are we allowed to talk about it, joke about it, turn it over from every side and try figure it our own confused reaction to it?
or is that just too icky, uncomfortable … and shameful?

should we just cry about it demurely and hope that the proper reaction, the one that society deems appropriate, will make it go away?

p.s. these are the outlets refusing to play the video or air the song on radio. feel free to help me get the song on air. be nice to them.
they’re just people. write them a letter and tell them how you feel. request the song. if you want, tell them about your rape and abortion.
you know….hug it out!
if you’re from the uk, tell them so, and where. if you’re from elsewhere, just….i don’t know, hug it out internationally. thank you guys.

(and if you’re feeling extra nice, send the bbc a thank you letter for airing the song on bbc 6 yesterday: go to www.bbc.co.uk/feedback
and can i also point out the irony here that the BBC has historically banned several number one hits in the uk, including songs by the sex pistols and frankie goes to hollywood. maybe we should actually call and complain. they’re ruining my punk rock cred by spinning my shit.)

Your Oasis video was one of the things that got me thinking about abortion in context w/ where the country is right now.  I ran across some lame comments of the “ohhh, it’s not appropriate to joke about that” variety about Oasis by random “critics” & it drove me nuts.  If you can’t joke about rape, abortion, & fundamentalist christians, what CAN you joke about?

So this & more led to me blogging about why (despite the setbacks w/ Prop 8 & its ilk) LBGTs have been more successful in making some inroads w/ Mainstream America™ than pro-choicers.

p.s.s.s. the clutes still rock. i’m so tired.
goodnight from upstairs. see you in london tomorrow. show is sold out. i’m psyched. 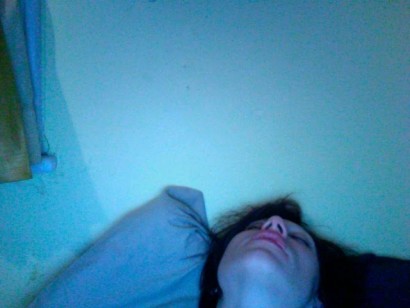 THE OASIS VIDEO IS UP