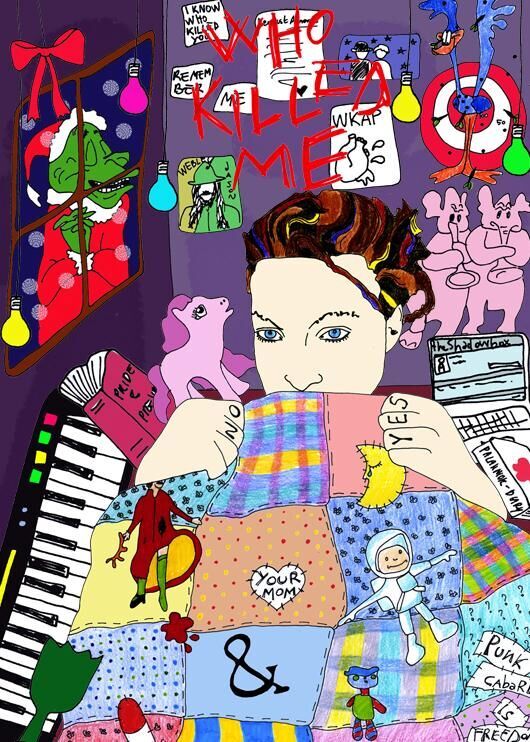 fucking, i forgot to mention in the last blog that i won two boston music awards: album of the year and best female vocalist.
thank you so much for voting….it worked. really, thank you guys.

in vancouver.
it’s nice here, and raining. the club is old and wooden and has balconies and shapes and that makes me happy.
i got Caught Up today, which was Good, and had a great lunch with tegan of tegan and sara, and feel like i’m in a weird sci-fi coastal twin warp since i saw sara in new york.
she, too, is smart as shit. i really love sitting down and dorking out with people about the music industry. tegan took me to a diner and the eighties music they were playing made my heart happy.
tomorrow jason webley is going to join the tour for a few days (surprise) and we’re going to fly the evelyn sisters into seattle to talk about their record.

we have a very, very, small dressing room.

katie kay has no room to do her tour managing work………. 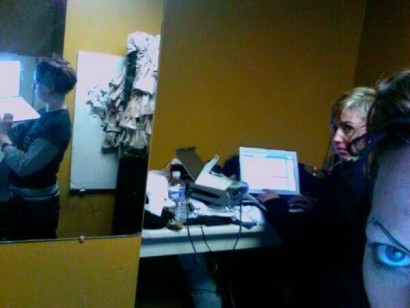 they are really, really good ones. if anyone out there is interested in HOW tour works, and who all the people i travel ARE and WHAT they do, we
decided to devote two episodes to them and their lives and jobs.
i love these people. they work really hard. i would love for you to see them in action plus they’re funny as shit.

you can see katie kay hiding the rider vodka, the inside of the bus, the magic of the soundboard, the fancy lights and how they work and
the manic world of backstage when 12 people try to fit into a space the sizer of a shoebox to get ready for the show….

chip also did a brilliant job editing these together….he has been working his ass off IN THE BUS.
more coming soon, but

other Various And Sundry Things:

here’s a draft of the cover of the sheet music book.
it’s almost going to print. i changed the color of the AMANDA PALMER because it looked too halloweeny this way. and “straight” was mis-titled. fixed that.
i wrote an intro letter, but other than that and a collection of really gorgeous photos, this book doesn’t have the usual 2356 pages of song-stories. those are all up on whokilledamandapalmer.com.
has anybody gone over there?
it just occured to be i hav e never actually pimped that page from the blog.
that site has keys and clues to all the songs, all the album credits, tons of extra shit, and i wonder if anyone is seeing it. 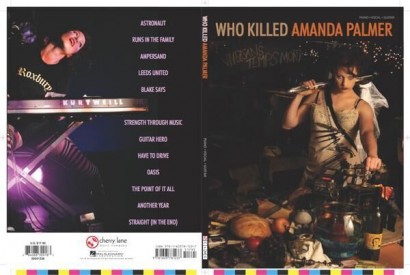 sylvia made another fantastic AFP drawing……… 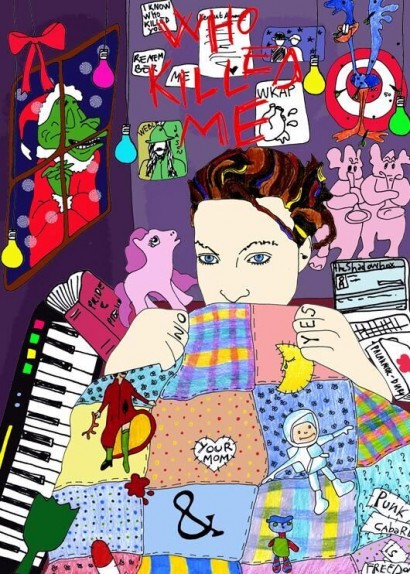 some of you have been wondering about the increidble pianist who opened up for us in new haven, boston and new york.
her name is Tania Stavreva and she is a top-notch classical player who decided to go AWOL for a few nights and slay you all with her chops.
i’m hoping to bring her out again, i love the idea of bringing classical musicians to rock shows. so if we can pry her away from her upcoming gigs at carnegie hall
and such, we’ll do it.

here’s a photo of us post-show….not sure who took it, but it’s yay. 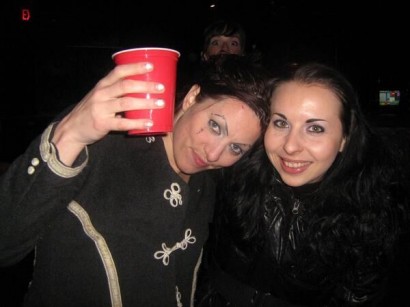 this….i love this shot. tania took it.
it’s the entire danger ensemble sleeping in the basement of the cloud club.
well, they’re not all sleeping. mark is maccing.
i like the wine. 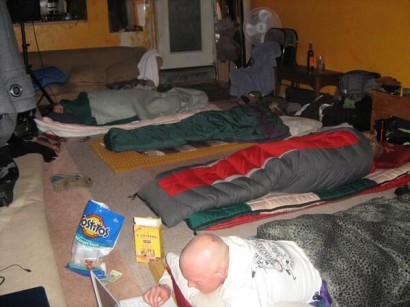 speaking of the danger ensemble (and to balance out the attractive qoutient)
here’s a HOTTTT photo of them in new york at webster hall, taken by the wonderful miss lauren goldberg, photographer prodigy. 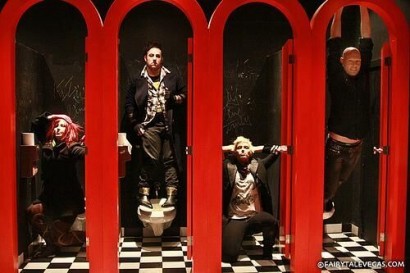 by the way, if anyone missed the opportunity to donate to the ensemble at the show because the boot came and went too fast,
you can donate online at: www.dangerensemble.com/donate

later……..on the bus outside sacrmento…….must send this blog and fill in the blanks later.
things are going well, but instense, crazy, head full, heart full, mindful, mindless.
bear with me.
lots to catch up on, lots to tell.
lots of love

exterior dickorating. and much more random information you must have.