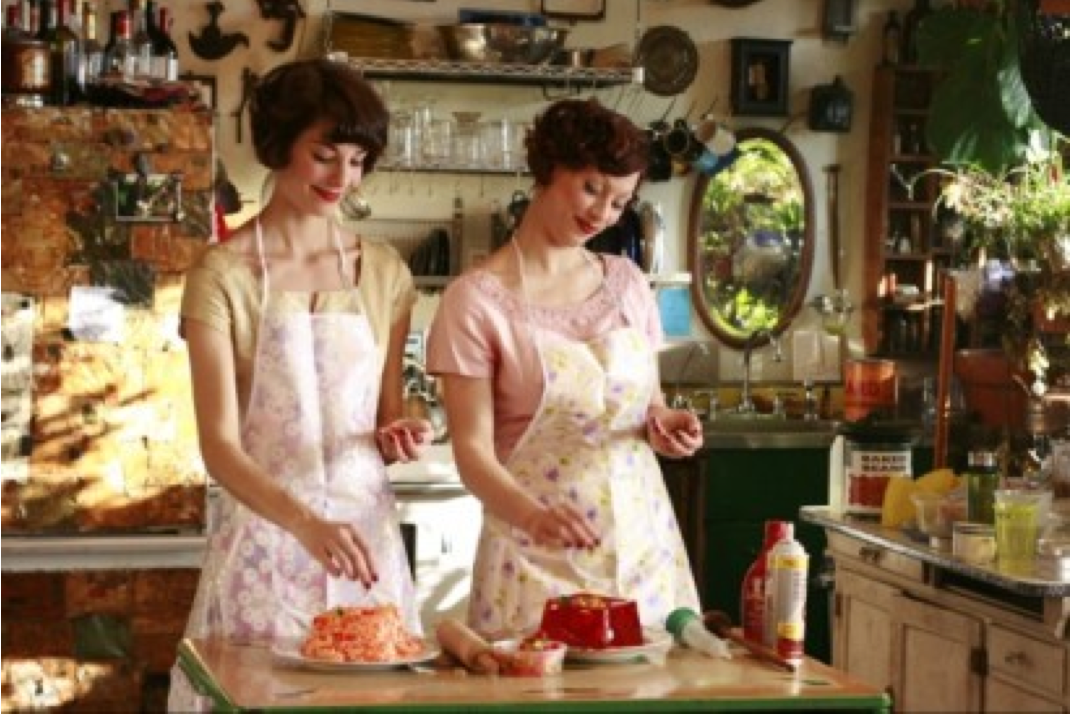 i left boston on monday to go to the inauguration.
you could feel it in the air on the train down to DC. the whole world felt like it was vibrating and shaking with excitement.
the train conductor announced over the intercom that he hoped we all had a happy reverend martin luther king day, and that he hoped we all traveled safe at this historic moment. and everybody smiled. i love trains.

the morning of the inauguration, i woke up at 6:30 am to get on the subway to go meet brian to head to the capitol.

the subway was jammed with people, everybody was heading into the center of town. i think the estimates were that FIVE million people came to DC.

it was utter madness. the minute i stepped on the subway and the doors closed behind me, i felt like i was trapped in some kind of cinematic time capsule.
everybody was united in such kindness and helpfulness. crammed to my right was a scene that i think captured the day for me. standing near me was a black guy who was probably around 35. he was from jacksonville, florida. standing next to him was an older white lady from boulder, colorado. they were each wearing an earbud from an iphone belonging to a white guy – a friend of the lady’s obviously – squashed in a seat beneath them.
they were singing along – very badly – to “what’s going on” by marvin gaye. they didn’t know most of the lyrics, but the recognizable bits of “what’s going on”, “war is not the answer”, and “aaaaaaayyyaaaayyyyaaaaya” entertained the entire train and eventually everybody started singing along. then applauded when they were done. two young kids from a connecticut newspaper were sitting behind me and snapped their pictures and asked their names. i just googled the newspaper and actually found the photo, taken by peter huoppi. i was standing right to the right of this frame: 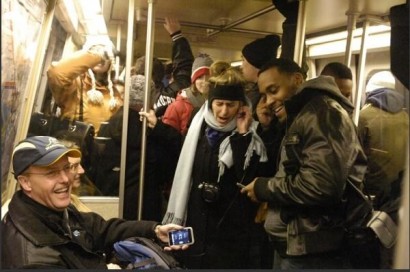 there was something especially electric between the white folks and black folks. it was hard to put your finger on, but it was if people had been given some kind of permission to be kinder to each other.
brian put it well in an interview we did later that day…it was as if all of the bullshit of political correctness of the 1990’s was finally being put to bed.
now it’s real, it’s not just an intangible theory. and now people can’t just give lip service to equality.
they are living it. it’s not an idea, it’s a reality. you could feel that pulsing in the streets.

somebody sent me a link to a gorgeous, gorgeous collection of 48 historic photos from inauguration day.
go look. it’s incredible.

here are some of my favorites: 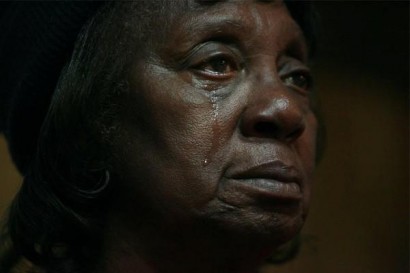 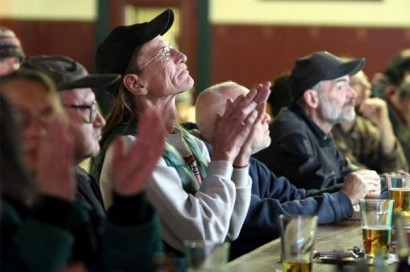 Keith Hart, center, a Vietnam Army veteran, cheers as he watches Barack Obama be inaugurated as president, on television with other patrons of the Oxford Bar in Missoula, Mt., one of the oldest bars in Montana, on Tuesday, Jan. 20, 2009. (AP Photo/Michael Albans) 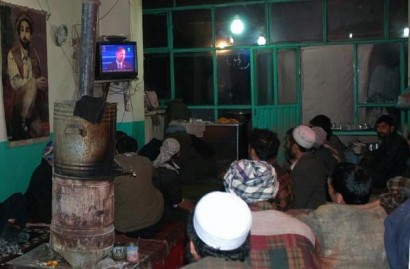 Afghan men watch a television broadcast showing the inauguration of Barack Obama as the 44th president of the United States, at a restaurant in Kabul, Afghanistan, Tuesday, Jan 20, 2009. (AP Photo/Ahmad Masoud)

and this, oh my god this… 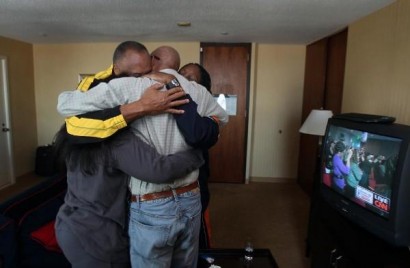 40 years after their silent protest at the 1968 Olympics, Gold Medalist Tommie Smith hugs Bronze Medalist John Carlos, and their wives Delois Smith and Charlene Carlos after Barack Obama is officially sworn in as the President of the United States. Photo taken in the Smith room at the Sheraton Boston in Boston, MA. (Boston Globe/Stan Grossfeld) 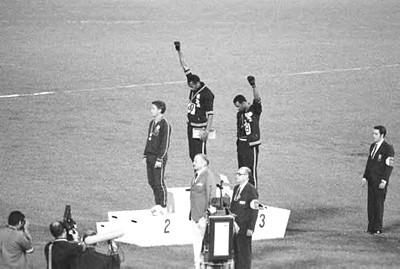 FUCK, man.
i lost it when i saw that last.

so, back to the day.

we had actual paper tickets for the standing section not far from the stage (us and about 240,000 other people, but still, they were impossible to get).
they had shut down all the streets, and we walked with the throngs in a highway underpass that had been shut down.
it felt very sci-fi.
every few minutes someone would start cheering and the whole crowd would burst into spontaneous whooping or chanting “YES WE CAN” or “O BA MA!”
it was magical, overwhelming. historic.
everybody was smiling. 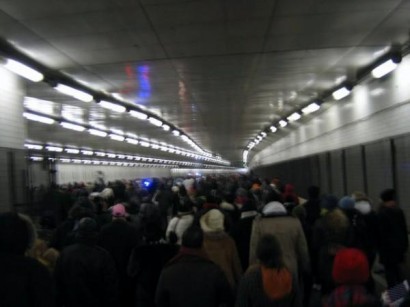 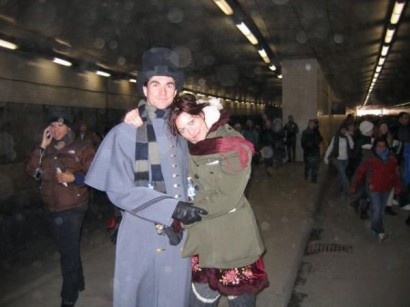 we didn’t actually get into the viewing area, even though we had tickets, so we booked it back to brian’s hotel room just in time to see the speech.

and then we took a nap.
and then we went to the 9:30 club and played a rock show.
the dresden dolls are an awesome band.

gig photos, all by beth hommel: 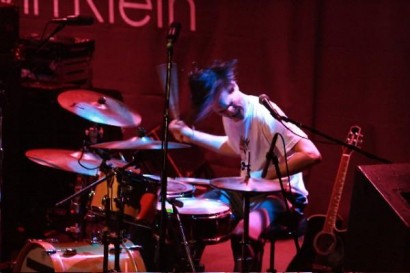 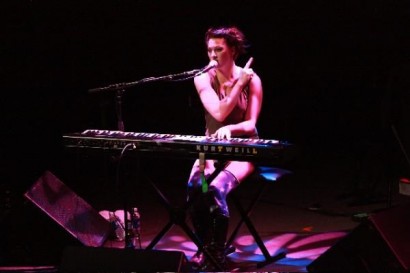 outside the 9:30 club with paco, who was fiercly representing the brigade complete with FLAG: 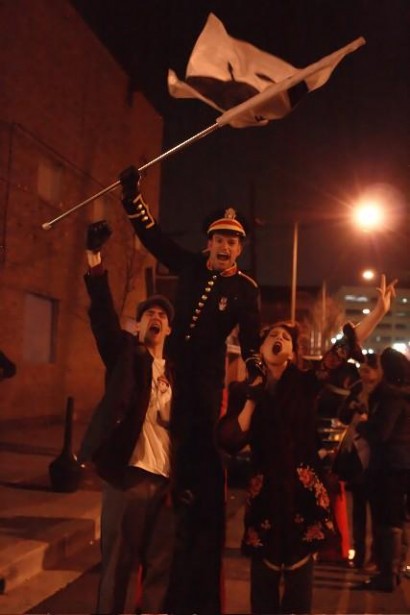 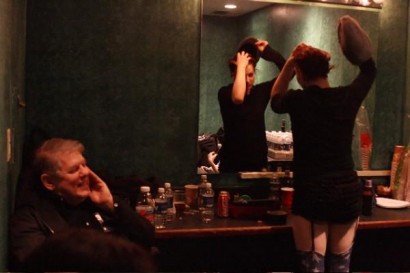 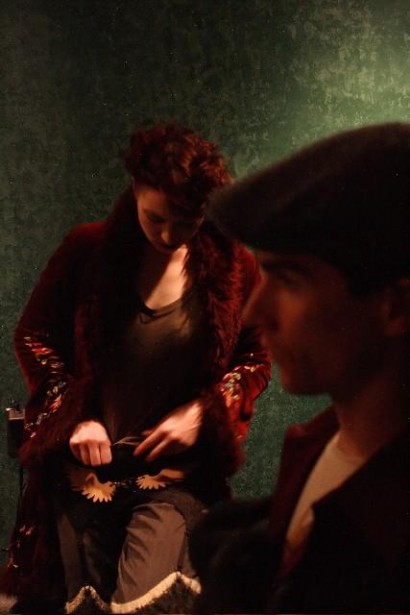 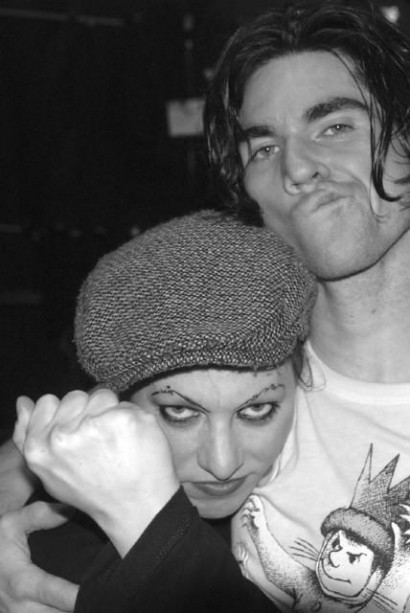 the night was a benefit for Rock The Vote, and we were on the bill with micahel franti, talib kweli, the honey brothers, grace potter and some sick DJ called flounder.
playing with brian felt wonderful, our set was powerful. i had never sung the words “sing for president” quite that way. we sang. it worked. life does it’s thing.
brian feels like a twin sometimes. the band was the womb in which we incubated, and we still fit together perfectly. what we do together, when we’re on a stage, it makes more and more sense to me.
it’s not like playing music with anybody else, it’s a language we’ve developed. and it’s fucking special, it’s so fucking special.

i feel so happy to be alive at this time, in this moment. god dammit.

and in more mind-blowing political news, due to popular demand i have managed to convince my father, mr. jack palmer himself, to post his ongoing political commentaries (that were hereto-for reserved only a lucky few)
as a blog. here it is. all the political commentary you’ll ever need accompanied by a wit as sharp as ginsu knife: jwpalmer.blogspot.com

he’s retro-posted a bunch of his writings and they’re fantastic. go read when you’ve got some time to kill.

my whole extendo-family seems to be on the writing kick.
i’m working on a book, my dad is BLOGGING, and my step-father, john, is just finishing up a mystery-thriller he decided to start writing a few years back.

while in DC, i took my little brother, alex, who’s 15, on a shopping trip to get some books and bill hicks DVDs.
it was time. threw in some augusten burroughs for good measure.
maybe he’ll be next.

right now i’m in brooklyn, went to bed at 5 am after having many tasty beers at the biergarten in brooklyn last night.
i came from DC to the city to shoot a new video for “what’s the use of won’drin’” with pope and usual suspects.
we shot for almost 13 hours yesterday. beth was on hand to take stills… 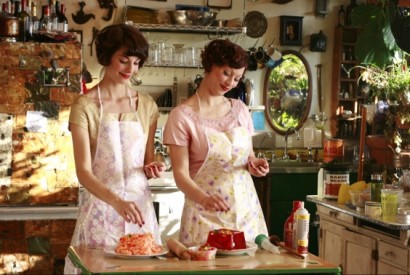 the hot chick to the left of me is cassandra long in her music video debut.
usually she’s a visual artist (and an incredible one: cassandralong.net).
and the space you see is, yes, once again, paige’s loft in new york city, where we had the private new years party. 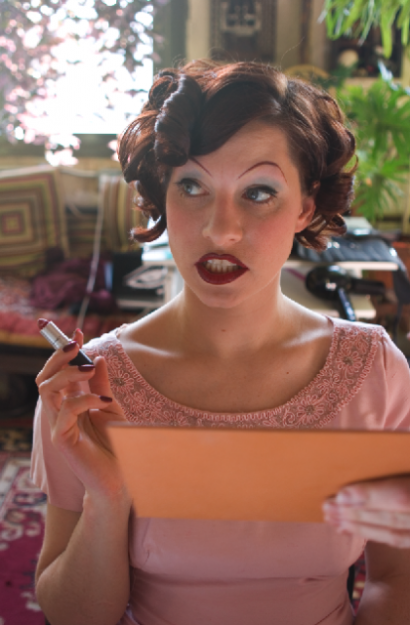 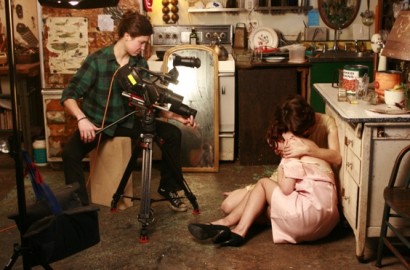 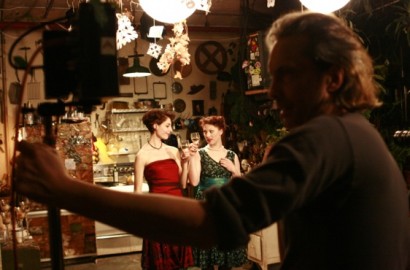 (michael pope being his awesome director self) 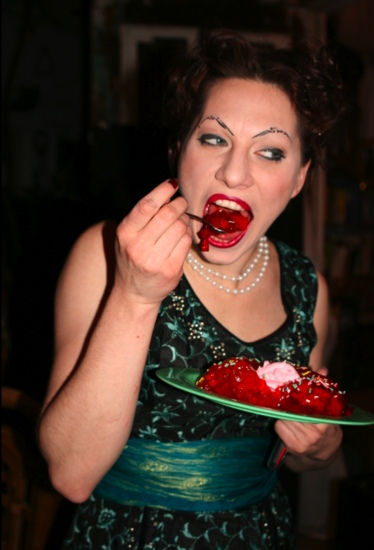 (me, getting jiggy with the props)

the video will be up within a few months…and more importantly, we’re going to release a special DVD of every video that was made for Who Killed Amanda Palmer – it’ll come out in june.
more info as it comes.

speaking of info and coming (ew), i’m finally doing twitter for reals.
it’s terrible.
i hate it.
it’s the end of the world.
fucking sign up and “follow” me: twitter.com/amandapalmer

it’s actually been really handy given the amount of running around i do.

we tried to do a very last minute webcast from the set of the video shoot but it was a little too chaotic.
so if you feel like watching some chaos (and some bits of michael pope directing one of the heavier scenes from the video tucked in there somewhere) go for it,
it’s archived HERE.
next time we do a webcast i’ll make sure i’m not also doing three other things at the same time. 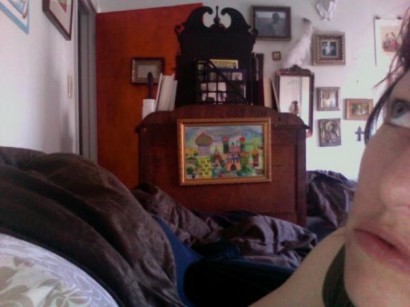 THE DOLLS in DC on INAUGURATION NIGHT