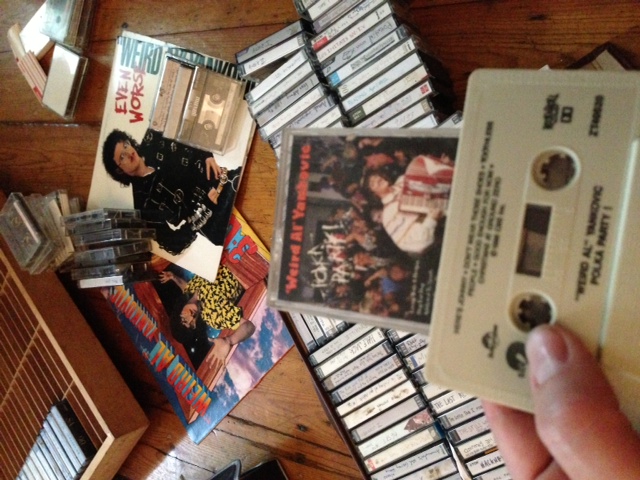 i did back-ups on the new Weird Al record! now I can die.

the player was having problems for a while, but NO MORE!!!
HERE IT IS!!!!!! THE SONG I DID WITH WEIRD AL YANKOVIC! (bonus song backstory from al, here)

how bucket list is this on a scale from one to ten? it’s like an 8.9, honestly.
the fact that the song is a spoof of the PIXIES creeps it up towards a 9.4.

weird al and the pixies are the soundtrack of my youth – though al covered more of 4th grade through 9th and then the pixies took over. 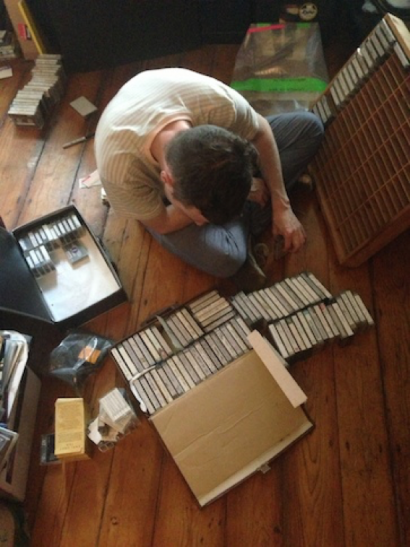 and what do you know…i JUST unearthed my copy of weird al’s “polka party” on cassette. everything happens for a reason.
weird al vinyl from my collection in the background for emphasis. 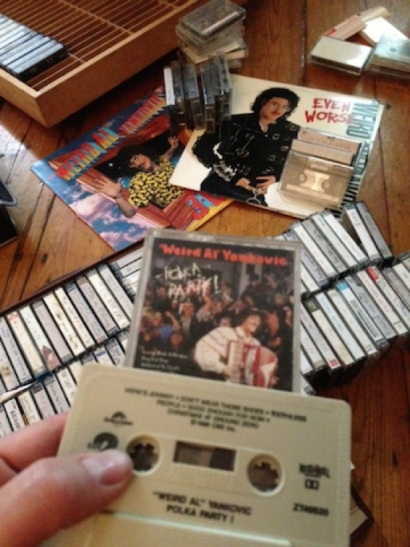 remember my judy blume eureka moment, when i realized i’d been shafting her as an influence in my life and felt so foolish i had to put it in a song? i had a similar realization with weird al. funny enough, it was jason webley (connector of all things) that made me realize how much of an influence he’d had on me, my songwriting, my way of thinking about What’s Allowed in music. in the early days of touring together, jason and i were comparing favorite records and artists and where we had venn diagram overlap and where not. our biggest overlaps: tom waits, robyn hitchcock, elliott smith and…wait for it…weird al. it was then, regarding my friend/soulmate, that i realized: weird al is a force not to be taken for granted.

there is nothing and nobody like weird al. yes: he does parody songs, but if you were a devotee of his records (as we were) it was so much fucking more than that: he wrote originals that were basic genre parodies and sometimes the best songs on the records (i was a huge fan of the country-western song “one more minute”, featuring the lyric: “o’d rather rip my heart out of my ribcage with my bare hands and then throw it on the floor and stomp on it ’till I die…than spend one more minute with you”. if you can’t see the deep amanda-palmer-influencing factor in that, i don’t know. i was also addicted to al’s MTV-hosted hours, AL TV. some of my favoritest moments of television happened there. i recorded some of the episodes onto VHS tape and watched them over and over again. i memorized his overdub of madonna’s “open your heart” video more closely than i memorized the madonna lyrics. it was so irreverent without being cold-hearted or mean. it was love.

i was also introduced to a lot of songs via AL-parody. i knew “yoda” before i heard “lola”. i knew about most of classic 70s rock via weird al polka medleys. weird? who knows.

i do know that a lot of my early songs were genre parodies with fresh lyrics – i wrote a doo-wop song when i was 16 called “the coffee connection”, and later, at age 18, rewrote it as “starbucks” when the coffee connection chain of coffee stores was purchased by starbucks, about how fucking cool you were if you hung out there.

“oasis” from “who killed amanda palmer” is pure weird al.

sometimes you gotta get forwards to look backwards to see all the things that make you who you are.

i got the call from al about a year ago about doing this song and had to keep it SECRETTTTTT….we had already met. he knew my music and came to a show of mine in LA at the troubadour a few years ago, and i got to have the full childhood-head explosion. he was so NICE.

here’s me, neil, weird al, and jason at one of al’s shows near boston recently. he KILLED IT live, if you ever have a chance, go see him.
he’s an entertainer in the old-school way i love. he brings the thunder. 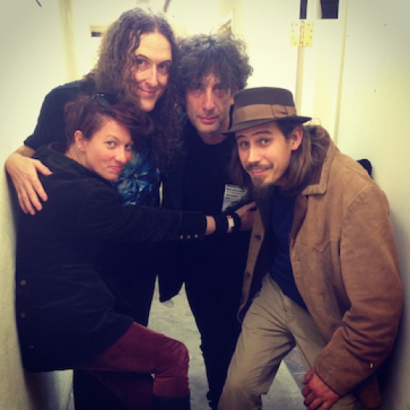 after we first met, al would send me his fresh releases, and CHRISTMAS CARDS. that made me glow. and made me feel guilty i have never done christmas cards. maybe it’s time. anyway.

after that, jason and i invited al to sing on the “evelyn evelyn” record (on the “i just want my space” song)…and he did.
i just returned the favor, though it hardly felt like a favor, singing on “first world problems”.

if you love the pixies, the song will make so much more sense to you…as will my vocal part.
if you want to understand and get a pixies flavor…i suggest listening to all of “surfer rosa” and “doolittle“, you should anyway.

i won’t even get INTO how much i love the pixies. soundtrack of all of 10th grade, people. life-changing as well.

i was supposed to be bringing my best kim deal to the table.
i tried. do i sound totally flat and affectless?

al offered to get me to LA to record this with him live in his studio, but i was stuck on the east coast for some reason, so he skyp’ed in and i did the vocal in a studio in boston while he coached. TECHNOLOGIE!!! SCIENCE!!!!! SEXY GERMAN MICROPHONES!!! 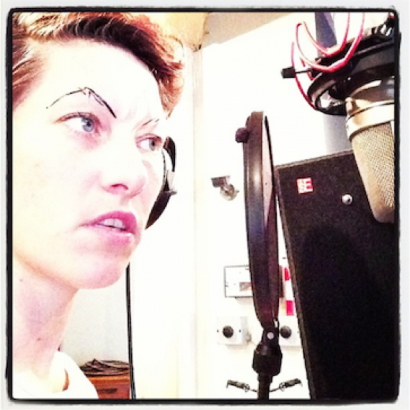 here’s virtu-AL, ME, and the engineer, benny grotto where we laid the vocal down at mad oak studio in allston, MA.
and al’s beautiful tweet. 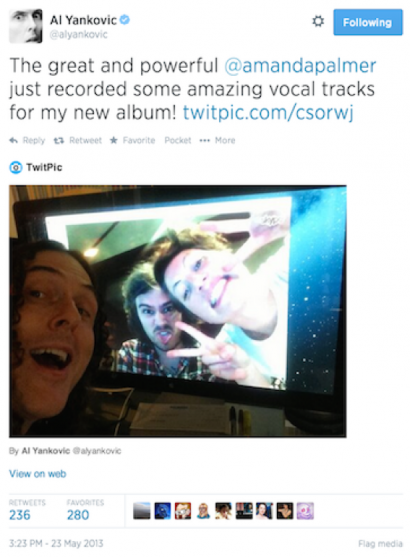 AND WE ALL LIVED HAPPILY EVER AFTER.

my favorite lyric, by a long-shot: “MY SONICARE DIDN’T RECHARGE AND NOW I’M GONNA HAVE TO BRUSH MY TEETH LIKE A NEANDERTHAL.” winningest. i told al this and he sent me a special thank you gift. i’ll let you guess. also, upon re-listen, i also love that he left the little laugh in at the end.

in closing:
if you wanna support al, DO IT. don’t take anything for granted. BUY THE RECORD. all of your options are here on the site. that would be wonderful, especially because he has never had a number one record but is currently VYING FOR THE TOP SPOT!!
thank god for weird al.
he never stops bringing joy to the world, and this is a good, good thing.