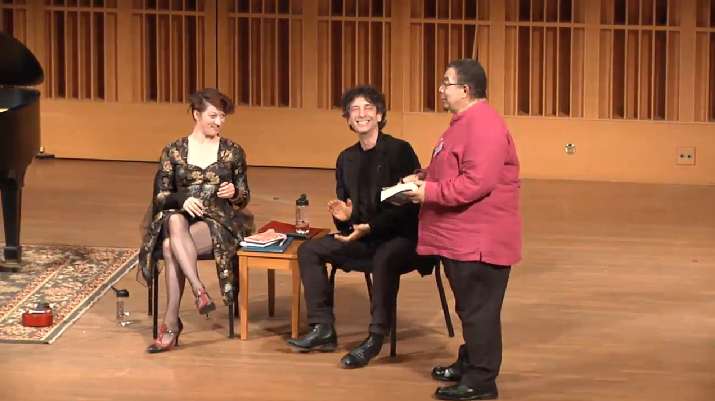 thoaty-sick and battling a fever and i kind of want to lie down and die.
but i’m not doing that. i’m on a train to new york to do a benefit to save the mermaid parade.

neil and i did a show at wesleyan, my alma mater, last night…
i sang a handful of songs, neil read from “Fortunately, The Milk”, and then we interviewed each other.
here we are (via screenshots @indeciSEAN took of the awesome student-run webcast): 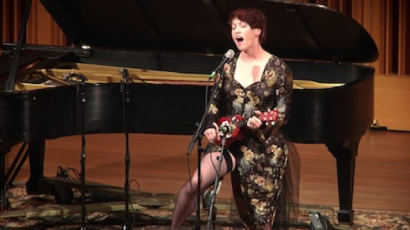 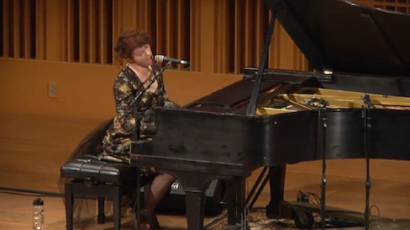 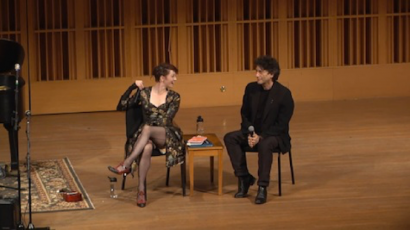 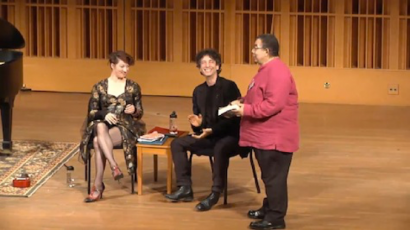 the random gentleman you see in the last picture asked neil a question during the q&a portion of the show, and then wanted to get his copy of “American Gods” signed…neil’s smile: priceless.

the night was a benefit for their financial aid campaign.
which was funny because neil talked about how he didn’t feel like he’d needed to go to college, and i tried to dredge up some good memories.
it’s always hard for me to go back there, especially when the atmosphere is very rah rah. they were such difficult and dark years for me, and i still feel out of place and like i’m ruining everybody’s party when i return.

i was telling neil after the show…it wasn’t just the college and the fact that i was having an impossible time adjusting and feeling all isolated and depressed and all that.
that was bad. but it wasn’t insurmountable. what i usually fail to mention when i’m talking earnestly about my difficult college years is the fact that within the course of less than a year, a lot of people died.
my recent ex-boyfriend, matt, and a few days later, my grandmother, then my step-brother (who also went to wesleyan, and who i worshipped) and my grandfather. all within about 6 months of each other. bam bam bam bam. death death death death. i was pretty much alone for every single one of these deaths, i never really took it all in…i just hid further within myself. that was also the year i left for germany and discovered beer, which, in retrospect, was pretty wonderful timing.

anyway, all that death usually gets left out of the story, but i think it’s a huge part of it. i was lost in general, and i happened to be at college, and paralyzed.
and i was, and still am, in awe of the people who enjoyed themselves at college. i feel a degree of envy that’s hard to explain.
it’s part of why i keep trying to go back, to work with college-age kids, to connect from the present, to karmically wipe out the past. it works. now is now. that was then.

i was at a show in cambridge the other night and a girl came up to me and showed me this photo on her phone. 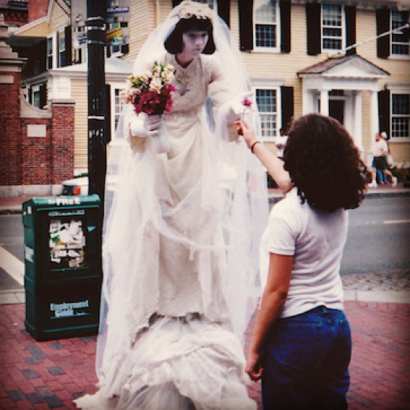 two days ago i went into a recording studio (good old mad oak, in allston, with good old benny grotto, an amazing engineer, and pat boone, who says “howdy!” from the bathroom).

and for the first time since recording “theatre is evil” i laid down some tracks….

including doing something for WEIRD AL YANKOVIC’S new record, which will come out sometime next year.

this man is hilarious, but he’s no joke to me. i grew up WORSHIPPING his records, and i had them all on vinyl.

he is one of the sweetest, kindest, funniest guys. my little amanda exploded with glee. 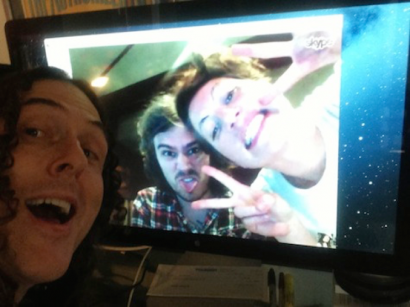 i also laid down a real version of “the thing about things“. i’m not sure what i’m going to do with it yet: 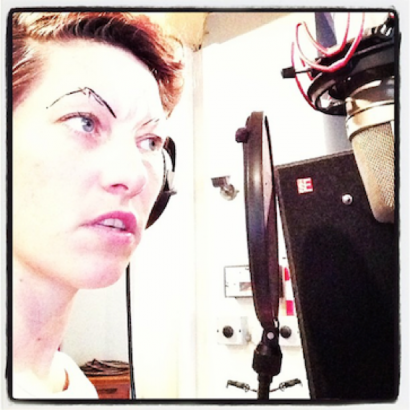 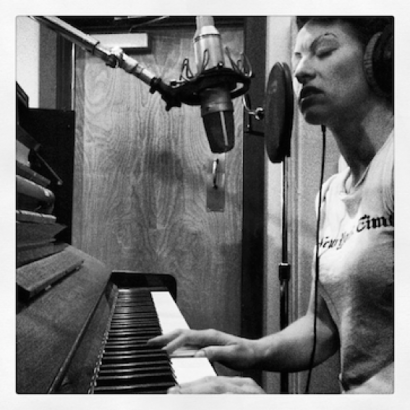 down:
realizing that neil and i aren’t going to see each other for more than three weeks between now and christmas.

up:
the redstar union webcast on the fourth. (lots more info being posted here on the box tonight, and you can RSVP here on facebook)

up:
it won’t last forever.

up:
remembering i can still make music if i want to.

down:
not knowing what to do with the music i make.

up:
knowing that i just have to make it through december and then i can feel free again.

down:
why the fuck would i not feel free now? bad zen amanda.