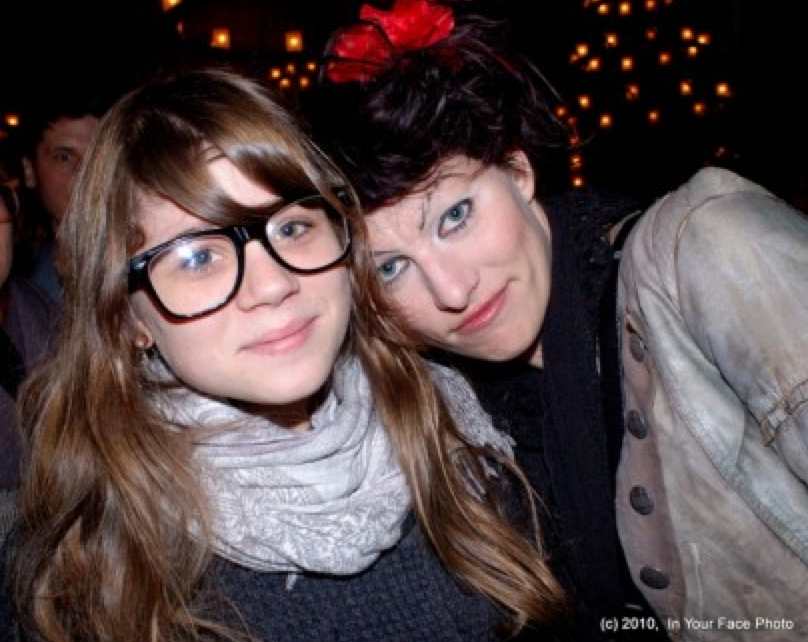 we are artist of the year

December 07, 2010
thanks to god, the academy, my dog psychologist and my personal psychic…. & all you punters who voted online, i was named ARTIST OF THE YEAR in the boston music awards the other night.
jesus. i cannot tell you how incredibly humbling it is. thank you, everybody. thank you for making me.
i never felt super-comfortable in this city’s music scene, mostly because the scene is many many scenes with lots of walls…we were always the weird-ass band who everyone looked at with cocked eyebrows, and even though the press have always embraced me (mostly), it’s always felt like a strange place to move through, especially because boston’s music scene is as segregated as its towns – there isn’t a whole lot of strong community thread weaving it together.
brian and i always tried to make that community for ourselves and anyone who wanted in, and you are it. we did what we could, with help from all our friends and family, to make the freaks at home and to warm up any space we squatted in….and we always tried to open our arms to anyone who ever felt cast out or non-included. that is and was the message of the punk cabaret. so, in a way, this award feels like a collective moral achievement more than a musical one…like: this one’s for us, a first-prize the freaks.
so go us.
we are artist of the year, my comrades.
*clink*
and to all the people of boston  – and further – who have supported me over the years…with your money, your attention, your tears, your time, your energy, your food, your love, your stories, your help….you know who you are.
together we do this shit, we make a home that feels like home when we’re in it….be it a bar, theater, beach, yard, church, basement, gallery, or webcast.
home is where you make it and where we are.

….a photo that ron nordin (my hot date, amazing photographer and long-time dolls/AFP patron & supporter) took at dinner before the event.
here’s a couple articles on the event from the boston papers:
boston herald: http://bit.ly/HeraldBMAs
boston globe: http://bit.ly/GlobeBMAs
and here’s a photo of me & my posse @ the awards taken by david aquilina….. 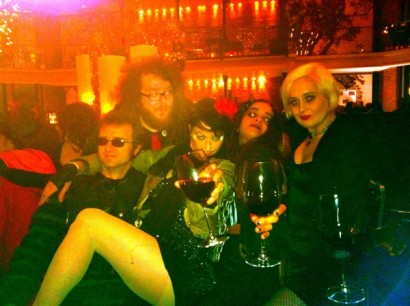 from left to right, e. stephen, walter sickert, AFP, mali from jaggery, katrina galore….
i have to say that the highlight of my night was getting to see a late set by lady lamb the beekeeper…. 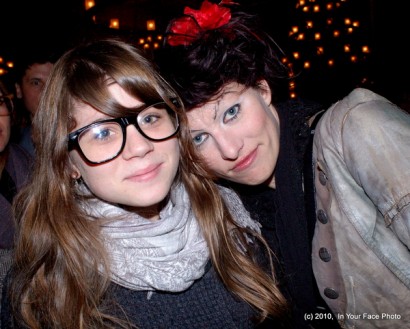 who will probably be the next Huge Thing out of boston if the word’s got any taste.

i was first told about lady lamb by the amazing @becca_darling, who always gives me music to listen to before it gets huge and always yells at me for being behind the ball….and who’s also been trying to save her own blog. go help her at: http://bit.ly/SaveTheBeethough lady lamb’s from portland, maine, she’s been haunting the local dives….she absolutely tore it up and it was inspiring to see the new crop of awesomeness.
couldn’t find any footage from her set at the music awards, but here’s a good clip of her live in portland: http://www.youtube.com/watch?v=W23y0YK7jyo
she’s playing some shows in the area (via ):
dec 16 Lizard Lounge with ANGELINE and NAKED ON ROLLERSKATES – Cambridge, Mass
dec 20 The Delancey – New York, NY
dec 21 THE ROCK SHOP with Cat Martino Brooklyn, NY
dec 28 ROCKWOOD MUSIC HALL Brooklyn, NY
go see her. hug her.
i may catch her boston show the 16th at the lizard lounge (she’s on EARLY, don’t be late)….which is a hot night on the town already….
my friend claire davies (aka @cleriku), who many of you know from the onion cellar and from her role as Fraulein Kost in “cabaret” is playing a show that night, mostly because i kept NAGGING her. she’s on late, so if you feel spicy, you can catch both of these shows….the lizard lounge and the lilypad are close enough to bar-hop.
here’s the flyer… 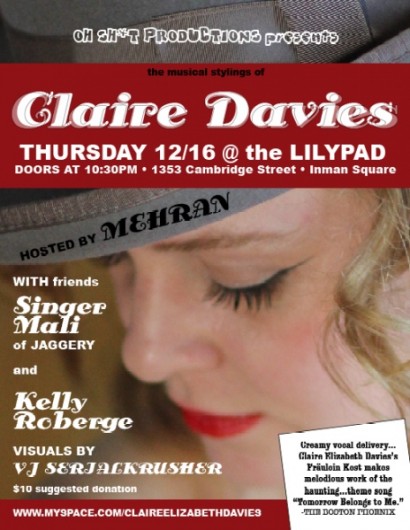 our wonderous late-night fucking cabaret host with the most MEHRAN KHAGHANI will be the MC, and we all know what that means.
i hope he tells more stories about his evil mother.
onwards….
LOVE
afp.

a portait of the artist still in fucking bed

there is no new year’s