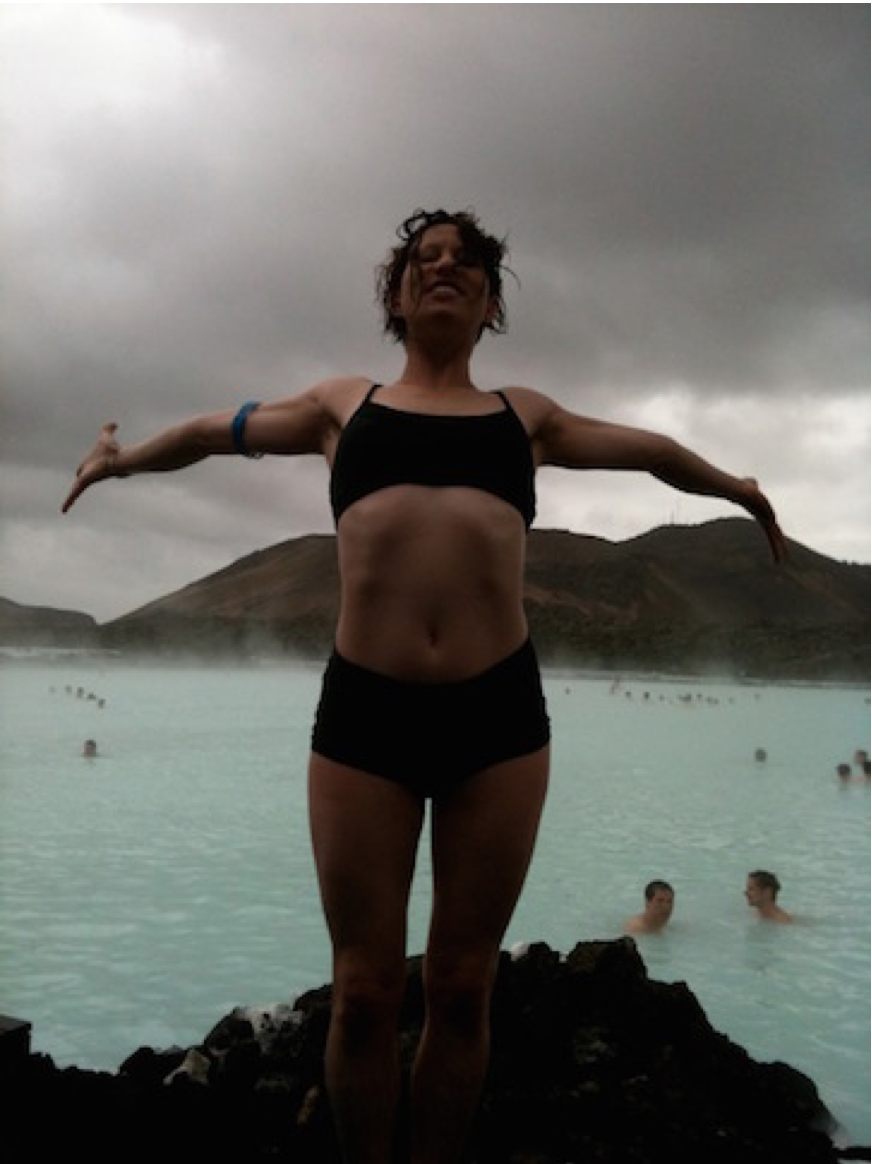 of all the fucking days in the world to have a 45-minute layover in iceland. 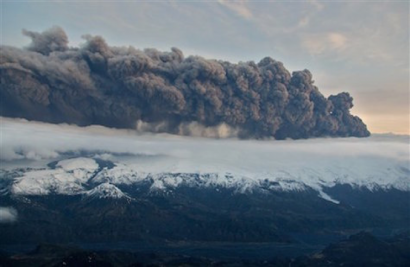 “Smoke and steam hangs over the volcano under the Eyjafjallajokull glacier in Iceland, Wednesday April 14, 2010, which has erupted for the second time in less than a month, melting ice, shooting smoke and steam into the air and forcing hundreds of people to flee rising floodwaters. Volcanic ash drifting across the Atlantic forced the cancellation of flights in Britain and disrupted air traffic across northern Europe, stranding thousands of passengers. Flights in and out of London Heathrow, Europe’s busiest airport, were halted, and the shutdowns and cancellations spread to France, Belgium, the Netherlands, Denmark, Ireland, Sweden, Finland and Switzerland. The volcano’s smoke and ash poses a threat to aircraft because it can affect visibility, and microscopic debris can get sucked into airplane engines and can cause them to shut down.” (AP Photo/Jon Gustafsson) 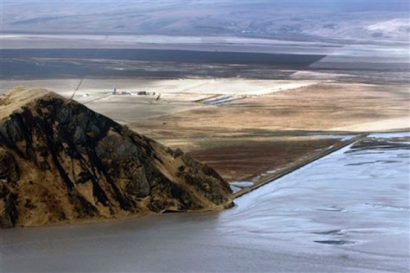 (via the icelandic coastguard) 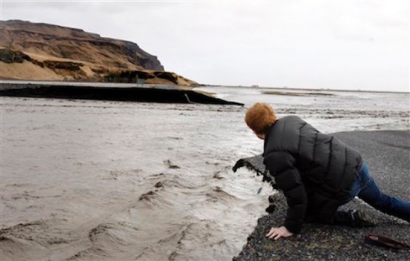 “A man looks at a broken section of Iceland’s main coastal ring road near Reykjavik Wednesday April 14 2010, after melt water from a volcanic eruption caused river levels to rise by up to 10 feet (3 meters). Authorities evacuated 800 residents from around the Eyjafjallajokull glacier and Iceland’s main coastal ring road was closed near the volcano. Workers smashed holes in the highway in three spots in a bid to give the rushing water a clear route to the coast and prevent bridges from being swept away. Scientists said the eruption under the ice cap was 10 to 20 times more powerful than one last month.” (AP Photo/Brynjar Gauti) 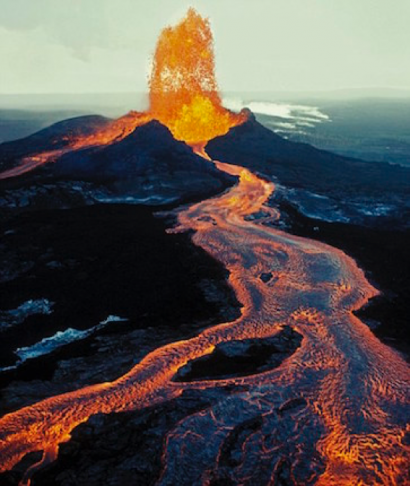 (from the daily mail)

i took off from boston at around 9:30 pm.
i left before the rest of the crew [crew being jason (my touring partner and sister in Evelyn Evelyn), Sxip Shirey (our stage comrade and the twins’ svengali stage manager), eric (our tour manager) and zea (our merch gal)], because i had to get to london today to do an on-air interview with steve lamacq on the BBC6.

knocked myself out in my usual fashion & was out like a light 30 minutes into the flight (not before i listened to the new ukulele mix of radiohead’s ”idioteque” five times while getting progressively loopier. it sounds AMAZING.)

i woke up in reykjavik airport and started waiting for the next flight to london. one by one, the flights got pulled, oslo, gatwick…then…everything.
i slept on the floor for a while, hoping the flights would just be delayed and i’d still get to eat dinner with the clutes in camden. by 10 am they told everyone to get the fuck out of the airport.
i got a hotel voucher and fled.

meanwhile, i’d twittered. twitter is fucking awesome. people all over the world left and right started to advise.

@herasings, the icelandic singer who just opened up for me in new zealand, hooked me up with her childhood friend and like magic i scored a ride from a stranger and didn’t have to pack into the sardine bus to the hotel.

i waited at the airport for a happy stranger in a silver peugeot and she came.

for the purpose of the amazingness of the story of my day, mark that she picked me up at around 1 pm. 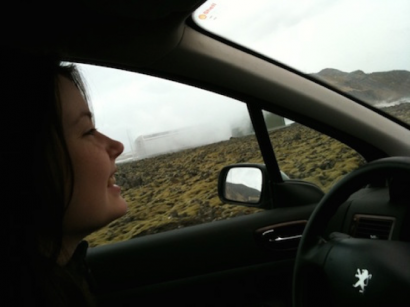 we were friends within about 7-10 minutes. she was, incidentally, the gal who had turned hera onto neil’s books, which is why hera was following me on twitter and knew me at all in the first place.
life is amazing that way.

she drove us to the blue lagoon. i paid for us to get in (it’s pretty cheap) and we stripped down with all the other weird tourists and icelanders.
the blue lagoon, so you know, is *wiki time*…a geothermal spa. The steamy waters are part of a lava formation. The warm waters are rich in minerals like silica and sulfur and bathing in the Blue Lagoon is reputed to help some people suffering from skin diseases such as psoriasis. The water temperature in the bathing and swimming area of the lagoon averages 40 °C (104 °F) . The lagoon is fed by the water output of the nearby geothermal power plant Svartsengi. Superheated water is vented from the ground near a lava flow and used to run turbines that generate electricity. After going through the turbines, the steam and hot water passes through a heat exchanger to provide heat for a municipal hot water heating system. Then the water is fed into the lagoon for recreational and medicinal users to bathe in.

i crept off to the locker room and did a 15-minute phone-in with the BBC. i told steve lamacq i’d bring him an ash-covered copy of evelyn evelyn on vinyl. 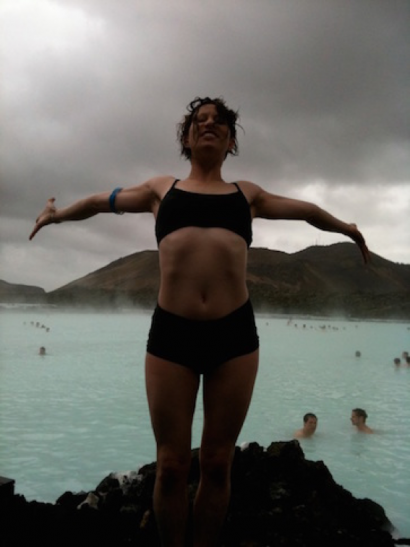 does it show that perhaps i was starting to get happier and happier my flight had been canceled?

and as you can see, nobody in iceland was really all that put out by the fact that there was an exploding mounting not far away.

here’s indiana in one of the caves: 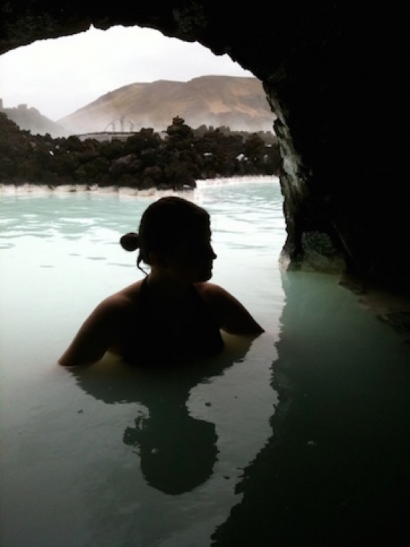 i took this picture of the water… 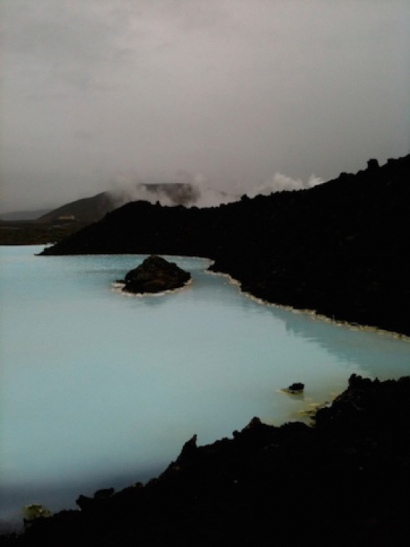 it was so incredibly beautiful. we left at around 4.

at around 5 pm we went to check into my hotel (yay voucher) and i plugged into and checked my email for the first time in a while.
in there was an email from an icelandic comrade named ben who had read my twitter feed and volunteered to find me a nightclub for a ninja gig.
he obviously knew what he was doing. i said yes. we hung out in the hotel, boiling tea (and i played indiana selections from the evelyn record, because she’d actually never heard my music).
after about 30 minutes we had a confirmed gig for the night.

i twittered the address of the bar. told people to get there at 9 pm.

then indiana took me out to eat some whale kepabs.

i haven’t eaten red meat (or any mammal) since i was 21, but i decided what the fuck, i’m in iceland and they eat whale.
i had 2 bites, indiana ate most of the rest, and the remaining two pieces of whale kepab, at my insistence, were given back to the sea, where they’d hopefully re-join the food chain. somehow.
neil sent me a twitter DM and pleaded that i not eat the whale. apparently he’d had bad luck with it. 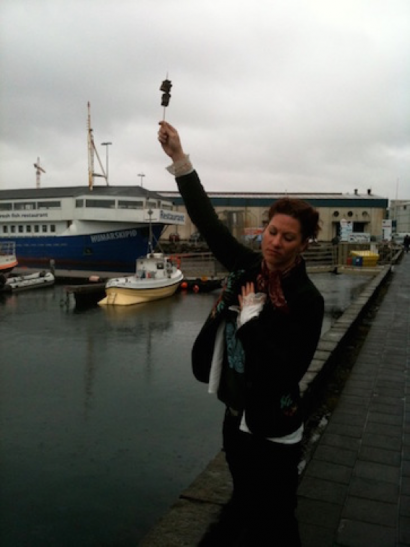 goodbye whale,
i am sorry.

meanwhile, back at ground control, it was looking less and less likely that i would make my flight to glasgow.

we went and hung out on the main streets of reykjavik and i got a feel for the town and tried to encourage every lonely icelander who was twittering “am thinking about going to the @amandapalmer gig but it’ll probably be too packed” that THEY WERE POSSIBLY THE ONLY 6 people that would be there.

showed up at the bar that ben found. ran upstairs. changed into show clothes.

meanwhile, this random australian celebrity, marieke hardy, had been getting twitter messages from her fans (and me from hers) that the two of us HAD to meet.
so she came to my fucking gig.
have i mentioned how awesome twitter is? yes. i did.

here’s me and her: 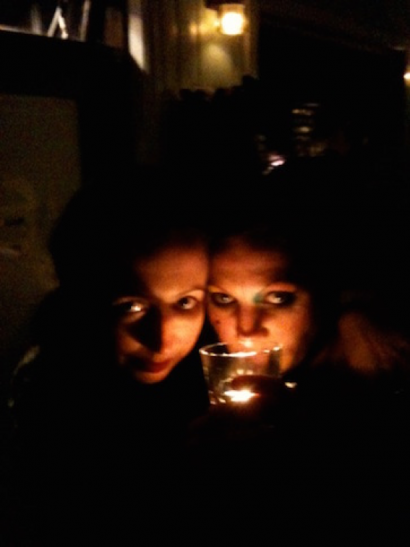 played for about 2.5 hours. almost all requests. ben lent me his keyboard.
one of his friends brought a ukulele. i did not break the ukulele.
i broke the piano by playing too hard. i broke the 2nd C. i offered to pay him. he said thank you.
i drank 6 vodka drinks. i did not pay for them. i played an encore.

i was really happy.

behind the bar i did an impromptu interview with iceland’s leading english-speaking paper, while smoking a stolen cigarette, my first in months.
i felt like i deserved it for a day like this.

here is the crowd, i took this awesome picture from the bar right as the show ended: 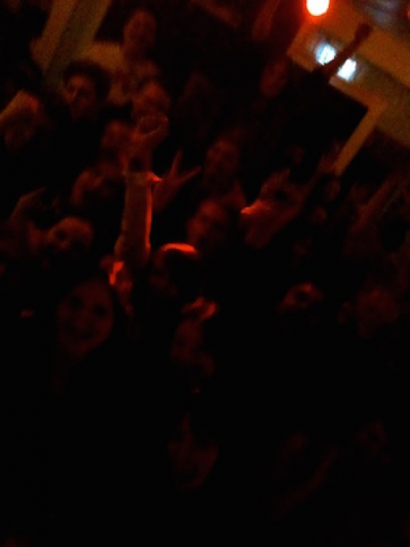 i made no money.
i do not care.

i am back at my hotel and still drunk.

i can’t believe i am this drunk and this articulate and had the discipline to blog.
go me.

glasgow is still up in the air, so is dublin.
stay tuned on twitter.
if anything is cancelled or postponed (or i wind up playing solo because jason and the crew and the twins can’t make it) i’ll post to there (twitter), and here (blog), and anywhere else i can (myspace, facebook, the board, etc)

VOLCANOES DO NOT STOP THE ROCK

THEY MAKE IT HOTTER

p.s. if your’e in iceland and reading this, i may be stuck here for several more days. follow me on fucking twitter, i may do another gig tomorrow.
yes, i know nobody in iceland uses twitter. we found this out today. get over it now and start. x

volcanic mayhem update – GLASGOW/DUBLIN are ON!