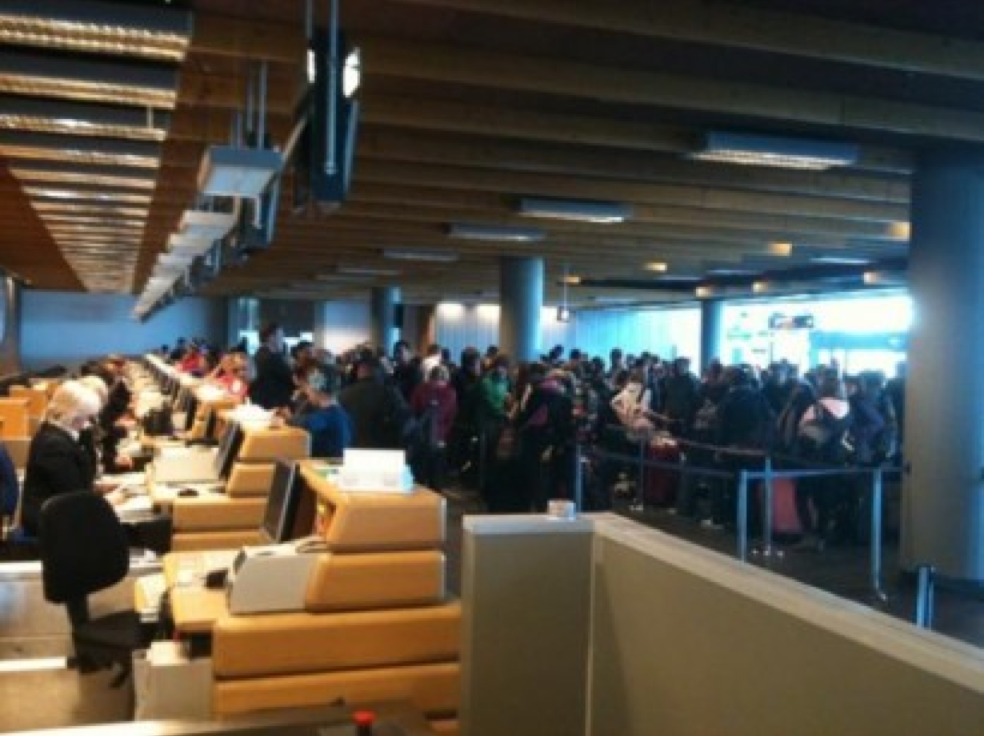 volcanic mayhem update – GLASGOW/DUBLIN are ON!

RAAAAAAHHHH….i made it out of iceland, comrades!!!!!! i was one of the lucky few…tons and tons of people are still stuck there, awaiting passage of any kind to mainland europe.
i rolled out of bed this morning, um *MODERATELY* hung-over from the previous evening icelandic ninja gig and having gone to bed around 5 am. i was feeling quite lax and ready for another day of weird icelandic adventure and possibly ninja gig #2. word was pretty certain on the streets that flights were canceled until saturday.
then all of a sudden it hit the news that a flight was going to leave for glasgow from iceland. i got into a cab within 3 minutes and fled to keflavik airport, enjoying a very dehydrated journey across iceland while the cab driver played loud icelandic pop music.this was the sky…. 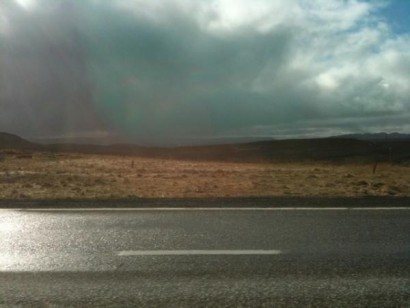 i still don’t know how illegal it is to photograph airport staff, but until they tell me to stop, i’m gong to keep capturing their beauty….
i pulled everyone on twitter for a collective prayer & everyone sent their general psychic pleas to this woman…. 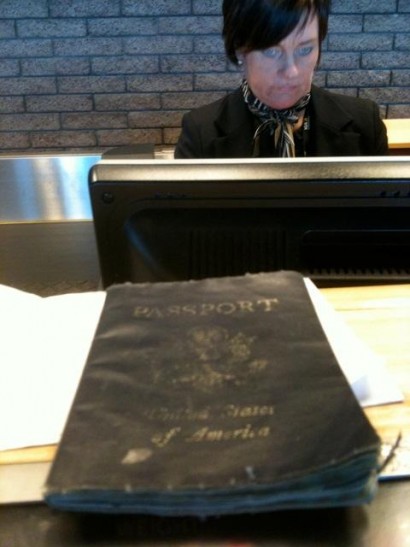 …and got a spot on the flight this afternoon to glasgow – which seems to the ONLY AIRPORT open in Europe.
with about 700,000 trying to fly to the UK…what were the fucking chances, seriously? the viking rock gods were smiling.

this was the line of people behind me praying to get on the same flight…. 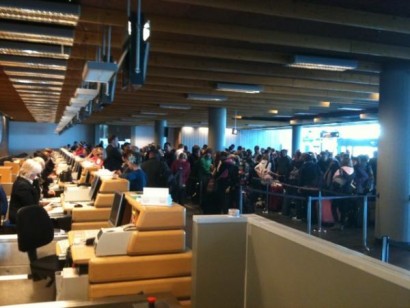 scottish TV interviewed me in the airport upon landing, look for it.
meanwhile….it was so beautiful to be on a flight/in an airport during a crisis time. EVERYBODY, EVEYBODY TALKS TO EACH OTHER AND SHARES THEIR STORIES.
i wish the world was always like that.
it’s not.
jason, sxip, eric and zea are still stuck in the states, and the flights to europe are backed up for days. the whole world of flight and europe is in utter chaos, but as of about 6 minutes ago i hear they got a flight & will be arriving the day before the koko show in london.
craziness!
for future-volcano disasters…if anybody has a private concorde or private speed-yacht (preferably both volcanic-glass-proof), let us know.
MEANWHILE:the glasgow show is ON!!!! i’ll be showing up by my lonesome…well, not completely. i have SVEN, zoe keatings film-maker friends who answered our twitter-pleas for a driver & graciously volunteered to drive our tour van here from belgium (where the tour ends). he was going to just drop off the van in glasgow and jet, but he is now stuck in a very amanda-palmery life of endless touring and probably doing merch for me at the next two shows. give him serious love, he deserves it. we’re chilling together tonight in edinburgh at the wonderful & legendary cunningham’s house; mary just fed us, chris poured wine, sam showed me the scar from his operation. i love it here so much.i almost pulled out a ninja gig tonight and then thought that sleeping might be wise. then i realized how exhausted i was.
solo and support acts for glasgow are bitter ruin and edward and the itch.
i may try to do a tim-curry-from-clue version of the entire evelyn evelyn stage-play…orrrrrr, i may just drink and take requests…probably i’ll do BOTH. yar.
also, unless a volcano erupts there, dublin is on, and will be an amanda solo show. EVELYN?
for dublin: can anybody bring a keyboard stand/seat (i have a keyboard, don’t sweat it)….and also i need a ukulele! if you can help, e-mail us@amandapalmer.net with the subject “DUBLIN” 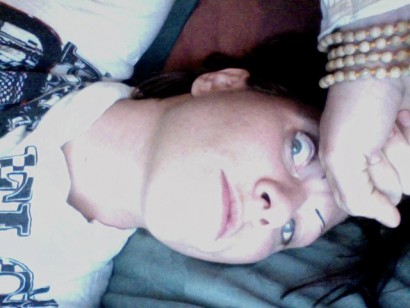 p.s. this is what icelandic air stewardesses dress like. they are HOT. 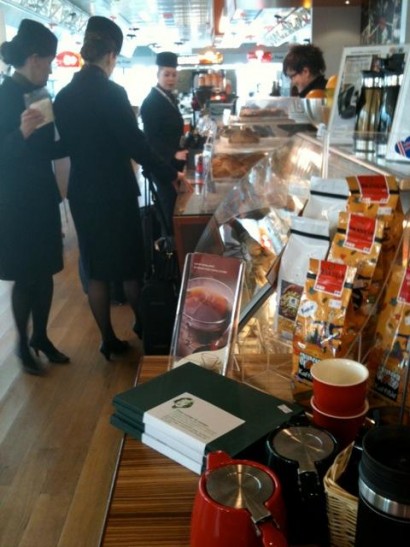 all-ages convergence in dublin on friday