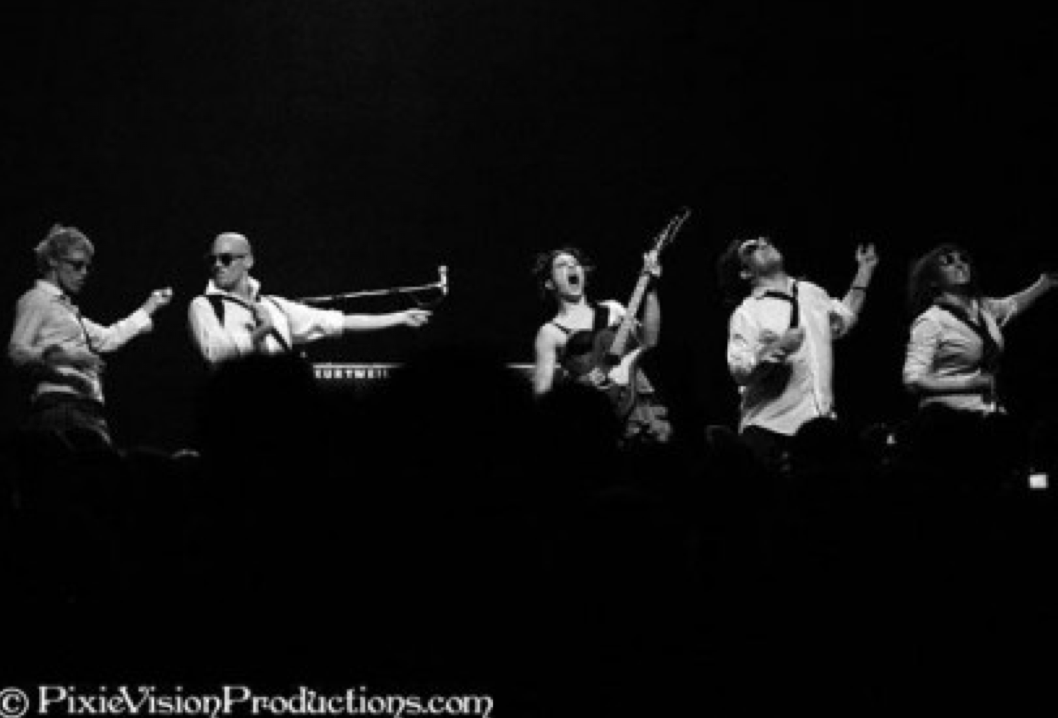 very many lots of THINGS.

well. i am full of feelings today, but i am not going to talk about them. fuck it.
i’m home after a really wonderful trip to new york and am collecting evidence to show you how amazing new years was, for those of you who missed it, which is a lot of you.

today, i am simply going to get all these THINGS that have been accumulating.

1. FREE HUGS.
one of the girls who was giving away free hugs in harvard square the other day when i had my nice little public weepfest read the blog and wrote in.
apparently they are a legitimate organization. who fucking knew:
http://www.freehugscampaign.org

2. SEAN’S DOG & ALL OTHER DOGS AND FOUR-LEGGED THINGS IN NEED OF HELP
it has been brought to my attention that my friend sean (indecisean on the shadowbox) – who many of you know as one of the secret internet ninjas behind my myspace/facebook pages – has been trying to collect votes for an animal shelter called the addison humane society, where he got his beautiful dog, stella. apparently they could really use the help and are filled to the brim with animals who need help and love. all you need to do is follow this link and click and vote. sean’s story and the link to vote are up HERE: http://www.thesilentorchestra.com/achs.html

3. MOST EMBARRASSING MOMENT OF U.S. TOUR CAUGHT ON YOUTUBE.
this is us, in aspen, colorado, playing to like 32 people. we decided to go for broke and make people sing “the rose”.
no joke, we have proof.
my favorite part was steven miming slicing his wrists during “some say love, it is a razor”.
classic:

4. JASON WEBLEY MAKES AN AMAZING TECHNO SONG.
i am not shitting you, we heard this in the northwest and we made it the end-of-tour anthem.
so. amazing…..”do you want to throw the discus FAR?”

5. ASK AMANDA:
ana wrote:
I am so sorry to hear that people you lived with in college are dead. This might be too forward of me, and I would totally respect your choice not to answer, but what happened to them?
afp responds:
i lived in a house called eclectic. strangely, lots of people that went through there died after moving out. my boyfriend, matt booke, died during my sophomore year over christmas break.
it was heart failure, or something slightly more mysterious. he was an incredible artist. it’s his voice you can hear in between the songs on who killed amanda palmer. my friend chuck also died shortly after we graduated. aneurysm. another girl who lived with us, shannon, drowned while swimming. my step-brother, karl, who was my idol – he played bass and was a writer and a painter, also lived there (but 6 years before me) died when i was 21, a few months after matt booke died. he died of a neurological disease often referred to as lou gehrig’s disease that struck him randomly (http://en.wikipedia.org/wiki/Amyotrophic_lateral_sclerosis). that was also the year both my grandparents on my mother’s side died. 1996 was a deathly year. thanks for asking.

natalierose wrote:
I was really, really disappointed to hear that the sheet music book for WKAP won’t include stories, etc. about each song the way the Dolls companions do. Was it a time thing? Or is this album too personal? Or at least too recently personally…
afp responds:
all of the stories and additional information that i felt like sharing is actually up on whokilledamandapalmer.com. a lot of the songs don’t need stories. they just are.
i had thought for a while about combining the Neil Gaiman book (which, btw, ended up simply being titled WHO KILLED AMANDA PALMER) with the sheet music.
but that seemed silly. people who want sheet music don’t necessarily also want to put 100 dead photos of me on their piano’s music desk, it makes things bulky and hard
to turn. and certainly, not everybody who wants 100 dead picture sof me won’t necessarily want sheet music that they probably can’t read. if you have a specific question about a song, ask. post a comment. i’ll probably answer you. but if you simply ask “so what are astronaut, leeds united and guitar hero about?” i’ll ignore you. just listen to the shit, man, or go join the conversation over on songmeanings.net. i love reading that site. sometimes people are so right. and sometimes they are so, so wrong.

6. POST-WAR TRADE….
check out the new shit up at Post-War Trade… we are discounting some items that have been around a while and we’ve added some amazing new handmade THINGS, including the infamous Text Me t-shirt. also, orders of $75 or more get free US shipping… now check out this HOT shirt (hot girl not included): 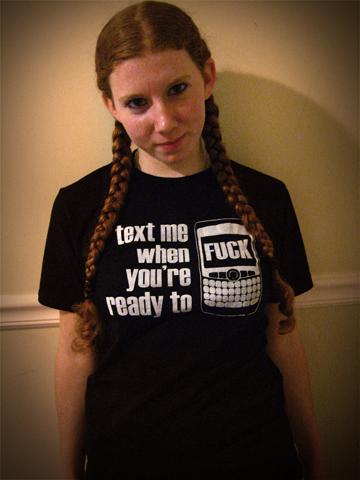 and some other cool things….
the 8 ball! 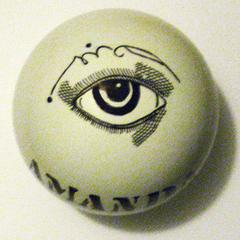 these resin pendants have been flying: 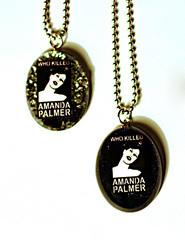 and i think we have a few left of these cuffs… 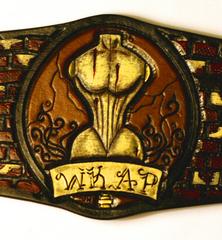 we’ll be adding a ton of new stuff to the site soon, will post photos of STUFF when we do.

7. RANDOM PHOTO DEPT.
one of my favorite shots from this entire tour….
mark & tora during the climax of “have to drive”: 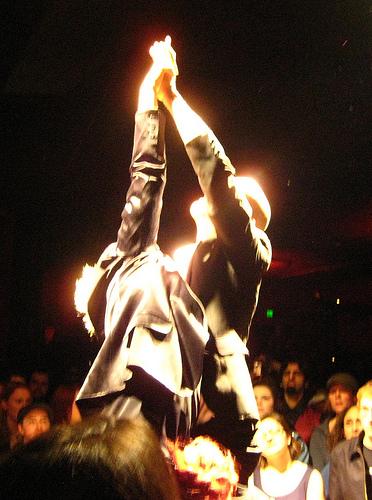 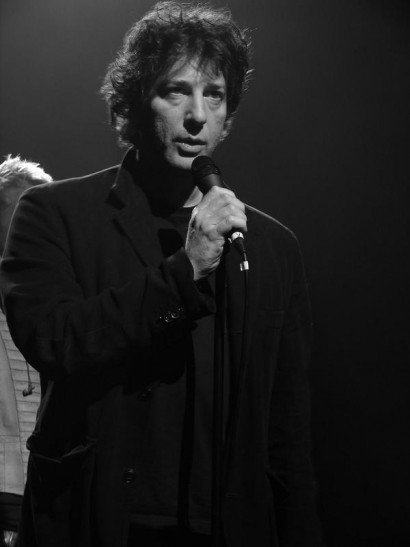 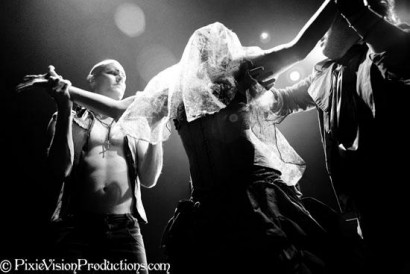 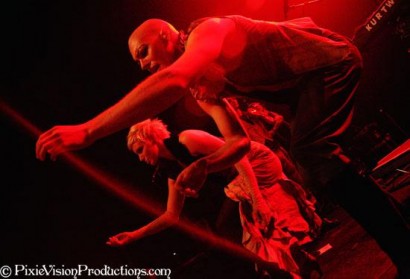 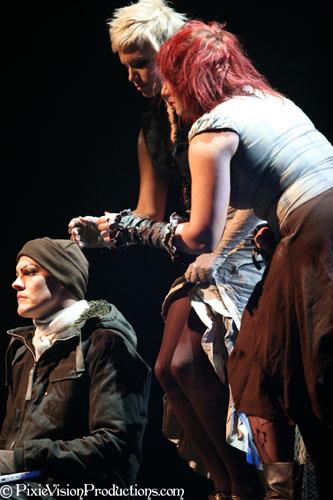 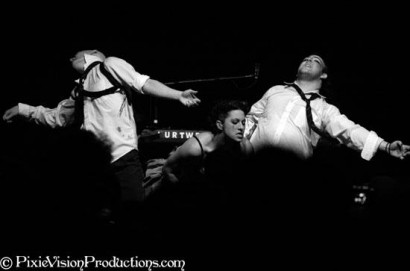 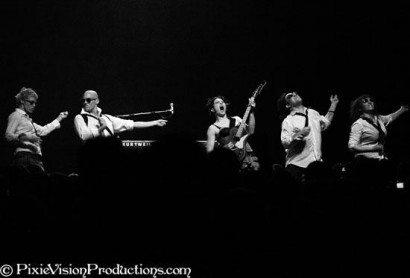 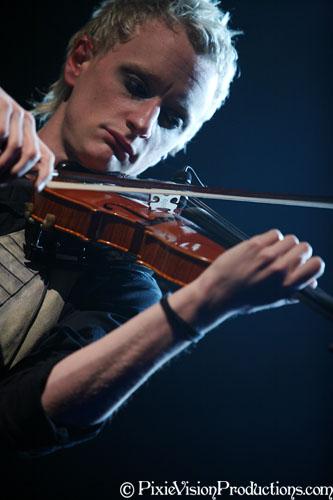 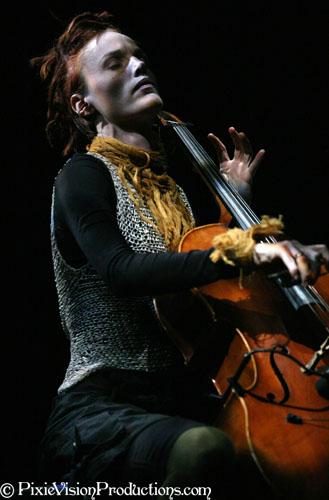 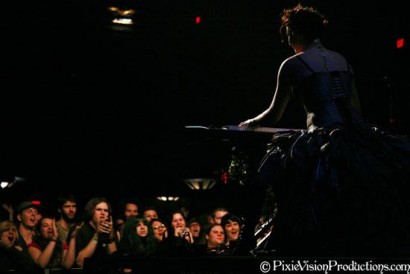 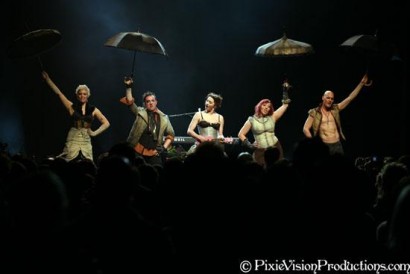 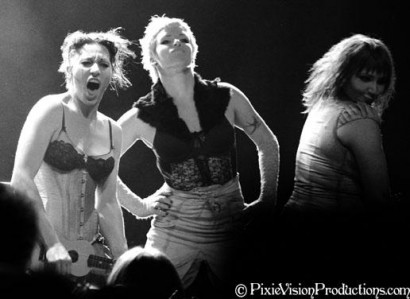 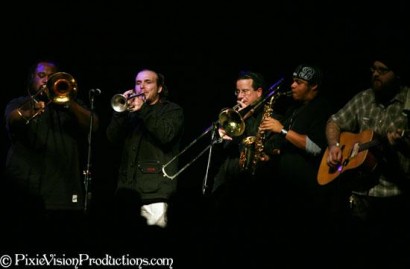 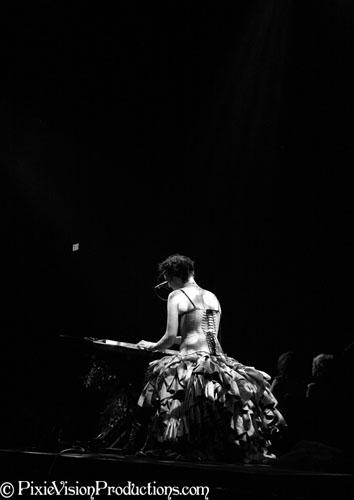 the ace of ninjas (…lots of newses and a little tarot kickstarter insider info).