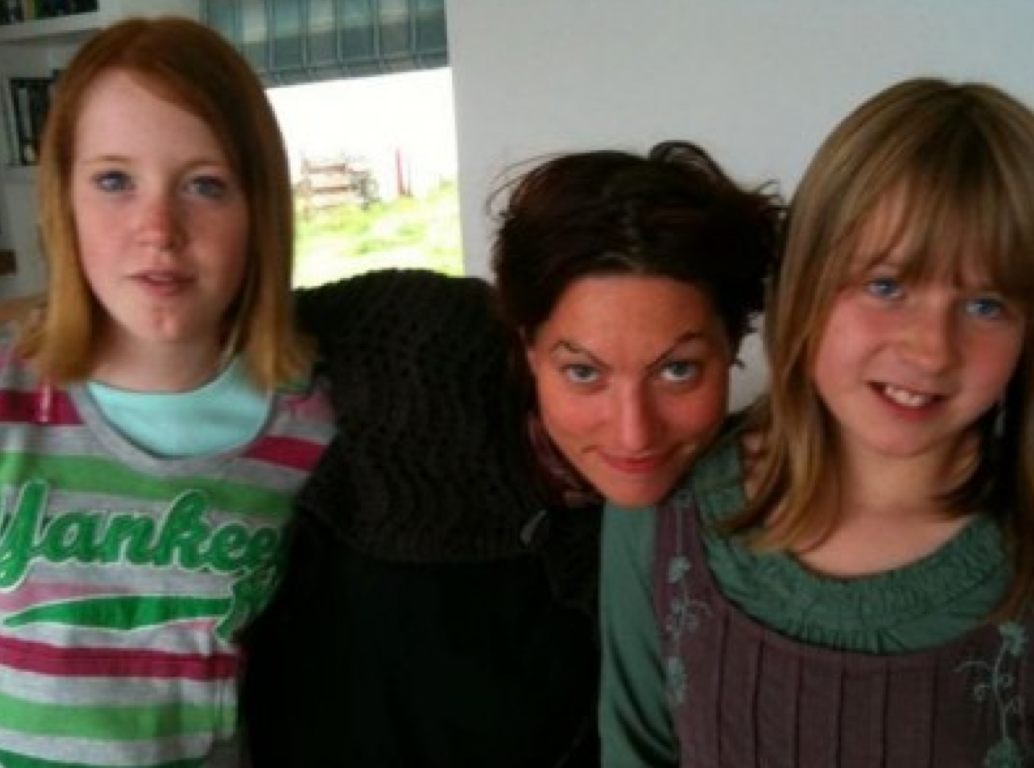 first of all: both london shows are sold out. holy shit. i know a lot of people are sad they couldn’t get tickets.
first things first: always go check here on theshadowbox.net for rides and possible tickets to buy/sell.
second things second: i’m trying to set up a secret gig LATE sunday night somewhere in london for the hardcore. stay tuned. i think i’ve found the perfect place.
following on twitter will get you first crack at tickets, make sure you are.
third things third: i am very very excited for the london gigs, many surprises in store, including possible pipe organ.

so. i’m back,
i’ve been away from the Internet for about a week.

neil and i went to the Middle of Nowhere and did normal people things like cook and buy furniture and pots and walk around in the rain and i took my rightful place as Queen of Sheep.
i am at least the Queen of Sheep in all of scotland, except for the black-faced ones, who neil says are my enemies and i tell him maybe that’s racist and he says no, not at all.
but the sheep outside, they seem to look at me loyally and i like to believe it is because they are accepting me as their benevolent leader and i wave to them with my face as much like queen victoria as i can get it and a little small leafy hand-wave.
we have a lot in common, my subjects and i.
we all pee in the grass (i do this a lot, especially when in the Middle of Nowhere), we all spit on the ground, we enjoy wearing large fleecy jackets, we stare at people, none of us eat red meat.

it was very nice not to twitter, i reclaimed ownership over parts of my brain that i was losing.
online is so hard to figure out.
when i have it, i crave it.
when it’s gone, i don’t miss it.
it’s sort of like drinking.
if there’s beer in the fridge, i’m a goner…

i practiced the piano.

the furniture mover, trevor, from liverpool, brought a statue for me as a gift since he knew the band.
it’s a real dresden doll. she’s pretty. i named her faggit.

i broke a piano string on my first day of practicing, and the string doesn’t detatch.
it just coils there like a sad crippled snake halo.

so i put the statue of the dresden doll on the piano framed by the broken string.
it looked pretty awesome and virgin-mary-on-the-half-shell so i took a picture. 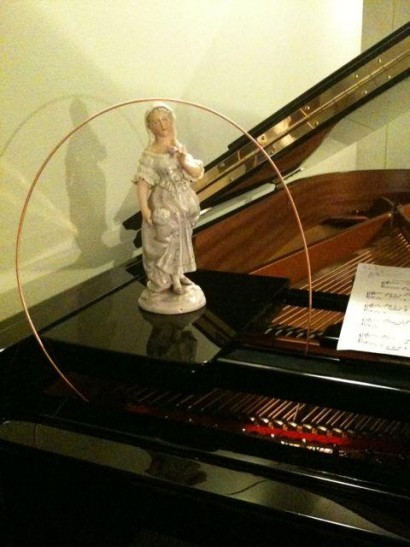 i went jogging a lot and i listened to regina’s new record and the last trail of dead record.
i took neil jogging, under mild protest.

i’m so rusty from being off tour for so long that playing the piano feels wrong and fake, kind of…it’s hard to explain.
i feel sort of floaty and detached in general. i’ve never been so directionless and yet with a shelf full of shit in my head that’s about to collapse on my brain.
i am looking at the calendar for the next year and seeing that it’s filling up but it feels like it’s filling up with low-calorie soda and snackwells cookies and other varieties of faux-good-for-you empty calorie horseshit.
just fluff.
i’m scared. i assume it will work itself out. it does that.
i’m hardly touring. i need to spend some time at home, sorting out my shit after this weird year of none-ness.

i’m not used to taking Time For Life.

but when i look back at the collected last year or so, i’ve actually taken time to do things i always said i would.
i have. i have.
i just don’t know how to measure that. i’m used to measuring other things, like Work. i can do that. i can measure tours, and album sales, and twitter followers.
these things are easy.

i don’t know how to measure the value of spending time off, of seeing distant family, of sitting and vegetating, of being in love.

but at least i’m at the point where i can see it has a value instead of wanting to crush and destory empty space with a wrecking ball
(hint: this does not work. the wrecking ball swings back and hits you in the fucking mouth and knocks your teeth out).

the week i spent in edinburgh was most educational in this respect.
i found myself more inclined to be grateful to the warm home that the cunningham/siggs provided me than for the massive amounts of art being created in the streets of the fringe. to be in a home, to be with a family, to be around cooking, talking, bread, easiness, breakfast, wine, conversation, laundry.
i found myself thinking night after night: really? i want to stay here and make couscous with rosie and not go see 4 plays?
resounding: yes.
i don’t realize how much i need it and how hard it it to come by until i’m in it with my hands in the sink.
i feel so lucky that this wonderful family adopted me, sort of. it’s very easy to take for granted. thanks chris, thanks mary, thanks sam, thanks rosie.
you are the best adopted edinburgh family a girl could ever wish for.

here is our laundry picture: 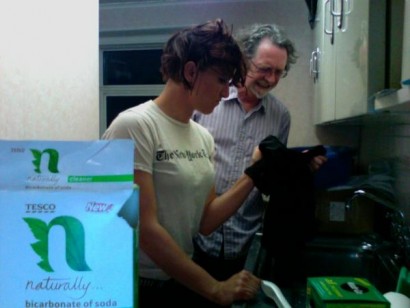 we bought a guitar in a second-hand shop. it cost 15 pounds. that’s about $25 to you and me, russ.
neil brushed up on his mad punk rock skills and we co-wrote a short musical in which he leaves me for a sheep, but then returns. 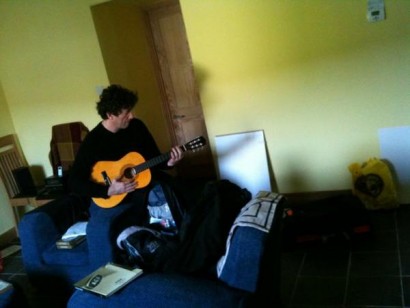 i am drinking scotch.

speaking of whiskey, i visited a lot of my scottish relatives last week.

they all drink. i like them. they are obviously My People.

i have decided that i unilaterally love all scottish children.
my favorite was my little cousin sarah, who sang two verses of “hallelujah” for us (us being me, and neil, and her mum and dad and sister) in gaelic.
she is 10.
it blew us away so much that i asked her if she would let me record her singing it onto my mac.
she froze in terror in the living room so we moved to her bedroom where nobody would hear.
after hanging out and talking about stage fright for a while and when she started the song she started in a key too high to sing, so we started over. but anyway, here is that piece of audio magic from my very first gig as a producer.

and here is me and sarah (on the right) and her sister louise: 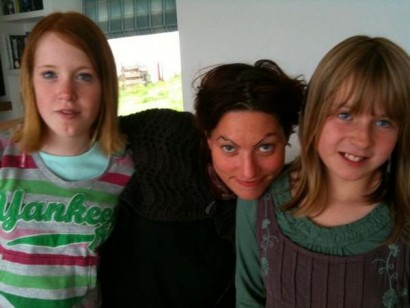 we’re in london now, about to make a little silent movie that neil wrote and directed. it’s about a living statue bizarre love triangle and stars me, the english actor bill nighy, and a couple of friends that i roped in (namely emilie bera, who you’ll know from the “paradise” DVD and becca rosenthal, who is, of course, melissa mahony in the “oasis” video).
will keep you updated about the little movie but it’s going to be airing on sky arts in the UK as a series of 12 silent movies shown on the 12 days before christmas.
the music is being done by my friend (and now neil’s) sxip shirey, who’s toured with me & the dolls alot. worlds aren’t just colliding, they are compacting and disintegrating.

we went to a crazy costumers palace in london to find costumes for the film.
it was miles and miles of the most beautiful weird old clothes on earth and i wanted to move in (they weren’t all into that shit). 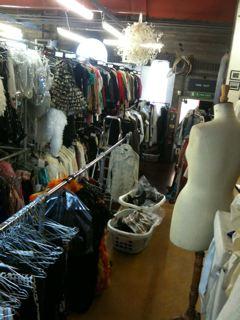 here is a suit that makes me look the the worlds best dyke: 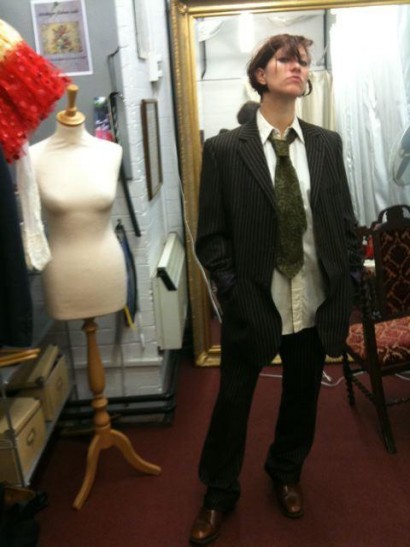 and here is a Thing in the stairwell that made me think of what would happen if you let hannibal lector loose in a west end drag bar: 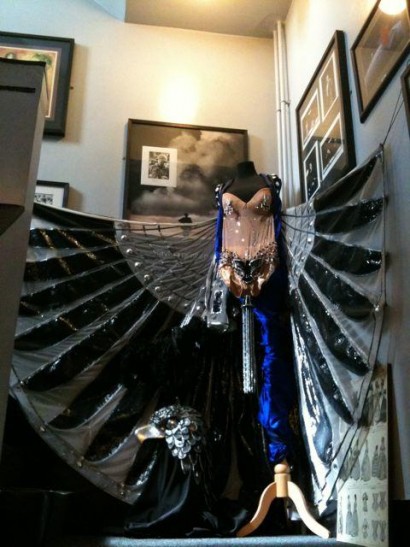 and this here is just awesome: 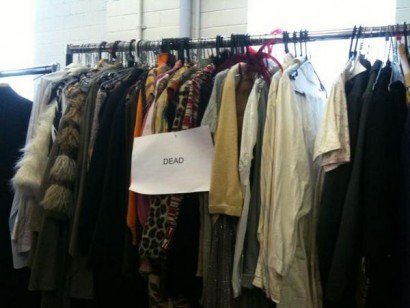 the next installments of blogggoodness are going to be a series of quasi-exposés on the many videos that i made for the record, since we finally have copies of the Who Killed Amanda Palmer DVD in stock and ready to sell to you.
i’m gong to prattle on about the makings of the videos and how crazy genius michael pope is and what it was like to break into the basement of the steinway store in boston and whatnot.

it will be fun. i promise. 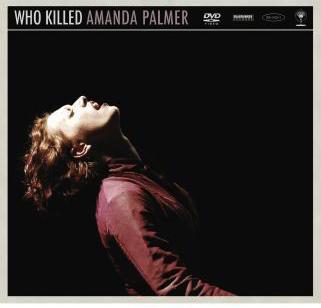 it has 12 videos for the 12 songs including two videos that we haven’t released on youtube yet (live videos with the danger ensemble of “blake says” and “have to drive”, which are GORGEOUS, shot and edited by chip yamada).

we’ll have it for sale starting in the coming week and will be doing some special signed (and maybe om-nomed copies) on a WEBCAST september 10th from london. it’ll probably be around 11pm local time (so in the middle of the night for you folks in north america)…more soon as it all works itself out.

rock on with your motherfucking smock on

p.s. we’re at the clutes tonight. books as usual: 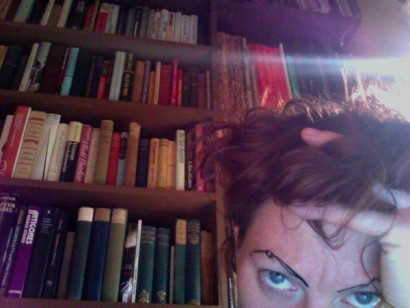 next we take manhattan…london is left burning. (PLUS: TRACKLIST REVEALED! TOUR DATES COMING!)

do sheep dream of electrocuting themselves?