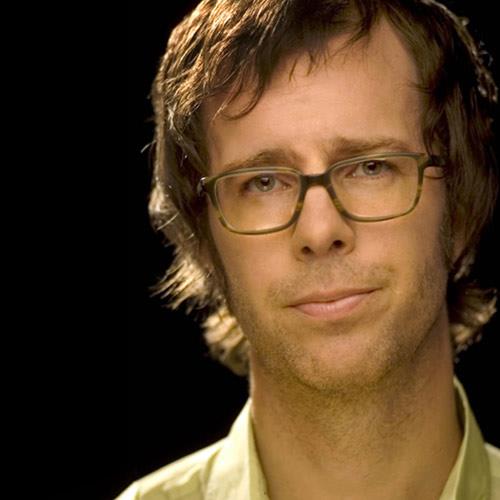 i don’t know who fed him a few dozen tabs of ecstasy (and as far as I know he’s generally not a drug abuser) but ben folds posted the first review of the record to his Facebook.

for those not on Facebook, I’ll just paste it here. (it starts below after the picture)

ben and I have been co-birthing our new albums. and we just sent each other downloads to our not-yet-released songs. if you’re wondering, his is absolutely incredible. my favorite thing he’s ever done, the most honest and deep and funny and rocking, and I’m not just saying that because of his ecstasy post. and I’ll say more later.

Amanda Palmer and the Grand Theft Orchestra
THEATRE IS EVIL

AFP and I recently traded our unreleased new albums, as artist friends often do. I am listening to “Theatre Is Evil” everyday, more than once. It’s good. It’s really good.

I’d like to brag that I’m writing the first review of this album, but I don’t write reviews. i leave that to the experts. My expertise is in music. ; )

Straight up! This album is a classic. It’s inventive, expressive, free, dangerous, sad, funny, outrageous, well executed, full of accidents and intention, unique, beautiful, ugly, loud, quiet. Every once in a while somebody puts out an album like this, but it’s rare. I’m very proud of my friend, and that’s not just because she’s said nice things about my new album.

I have said, when asked about Amanda’s Kickstarter campaign, that the real news will be how great the record is when it comes out. The way she sold it will be a footnote. I was speaking on the strengths of the demo’s I’d heard. I didn’t realize how right I would be until I heard the finished album.

This record picks a fight and I wouldn’t suggest you accept it as such because you will lose. Eventually. I’m telling you boys and girls, you’ll later kick yourself for having been jaded or for missing it, or for being threatened by it if you happen to have an allergic reaction on first listen. This is the often the case with truly brilliant works of art isn’t it? I miss records on first listen sometimes and I’m just giving you a heads up in case you might embarrass yourself for eternity.

That’s not to say it’s not lovable on the first listen, as it probably will be to many. I expect hits out of this record. Real big ones, but I don’t know shit about that stuff, so don’t take my word for that part. If I were the boss of everyone, this album would have five major hits on it. Aw hell, I’ll go on a limb and say I’ll let her draw a penis on my bathroom wall if I’m wrong and she doesn’t have a big hit. She’ll deserve that consolation prize and I’ll deserve a reminder of why I’m not in the radio business…I still think there are hits..I digress.

She’s really come into her own. I say this having put in a lot of hours making music with Amanda and hanging out over many a drink or a pumpkin loaf. I have always felt she was my sister from another mister. The mailman, if I recall, painted his eyebrows on and often delivered the mail in the nude. I’m suspicious.

A few years ago when we made “Who Killed Amanda Palmer” she came to the sessions with pieces that she’d gathered post Dresden Dolls split. She had only just struck out on her own and didn’t quite know how she wanted to proceed if not framed within the band of two she’d become known for. One day we’d be making a solo piano record, the next it was a full blown pop record, an experimental EP and so on. She was complete when she played these pieces on piano alone and she was not in a place that was much more defined than that at that moment. And so the record was built around the moments that she sang and played her songs by herself. I love that record but I can say that with “Theatre Is Evil,” she has taken a leap. Right over the damn fence. She’s fuckin’ outa here. She’s created a musical world to live and play in. She made her own planet and populated it.

“Theatre Is Evil” soars. Will it sail over your head? Yeah, parts of it may for a while. It’s coming more into focus for me after 15 listens as I catch new things I missed. I suppose it may do the same for Amanda for years to come. She will hear things in this record years from now that she didn’t even know were there. It’s transcendental. My favorite records are like this.

I love the web of contradictions woven into this record. They’re chilling sometimes. The name of the band (Grand Theft Orchestra – and they’re amazing) and the album set it all up as well. While you’ll hear the 80’s – that’s part of the evil theatre – this album comes from NOW. The music that defines our time sits with and gave birth to this record. She’s spitting bullets like the best contemporary rappers. We live in a time where people just put it right the hell out there – business in the street. Try to imagine when you hear this album, or Eminem or JayZ or Kanye (yes, he is brilliant) that any of this music was made in the seventies. You can’t. We didn’t make songs that were as direct in those times. We skirted the issue with formality, beautifully with grace and heart, but we are much more direct now often to the point of gross. This is what defines the good lyrics of our day. It’s not better or worse than other eras. Great new music of our era is what I often call “emotionally lewd”. It’s an art form to burden a listener so and yet give so much. As a person, Amanda is extremely generous. She also asks for a lot. This is the way this record is and its the rare combination of the proficiency of times gone by with the raw honesty of now. Plus it’s poetic – true poetry doesn’t happen in songs much and that’s okay. Amanda is genetically a writer. She can’t help it.

As an artist, I am most critical of myself. Unfortunately, I’m nearly as critical of my few friend/peers. Yes, I want to pick Amanda’s new record apart but it can’t be touched! Hell, I was supposed to make this record with her but I couldn’t in the end as I had to make the new Ben Folds Five album. I’m glad she did it with John Congleton – I want to be jealous of it and I want to regret not having helped make it but it’s a beautiful album and that’s all I feel when I hear it. I can delete the demo’s now. She’s dunnit.

If I had produced I’d have cut some songs, verses. I’d be compelled to edit her – make her hush sometimes. I’d want her to take breaths. I’d want her to give us a breather too. But she’s all grows up and she’s decided not to play by rules and I gladly capitulate and surrender because it’s art and she did it – And she’s right. When “Theatre Is Evil” is over I start it again. So I guess I didn’t really want the breather. Someday she might want to tackle the challenge of not saying it all, of taking a breath. Or not. She’s beaten the rules and I think that’s what it takes sometimes when someone makes an important piece of art.

Not that she doesn’t know the rules. The forms of these songs are are art unto themselves. Check out the absolutely stunning six measure phrase in the verse of “The Killing Type” about mercy killing a bird. I get goosebumps when that phrase dies two bars short of its expected life span. And and and! The verse about stepping off the cliff daaaaamn! And I’m not the crying type but I thought I was going to tell my daughter I’d gotten something in my eye somewhere around ‘exhibit B’ in “The Bed Song”. There are intense moments on this record that don’t just come from her identity and her point of view, or how she fits in with the record that came out last week. These moments also happen because she’s GOOD. She’s a technical monster, a hard worker and courageous. And I’m not worried about giving her a big head – she fuckin’ high fives herself after every take anyway haha. I’m just giving her shit in an attempt to re-establish just a hint of dignity after gushing for 2000 words. Actually I love that she’s inspired and that she loves what she does. If artists don’t love music how are we supposed to?

In summary:
*This record is as good as it gets.
*You’re going to shit when you hear it.
*It’s going to be around for ages.
*Otherwise it’s total crap.

I could go on. You get the point.

THEATRE IS ABOUT TO BE EVIL. ARE YOU READY?