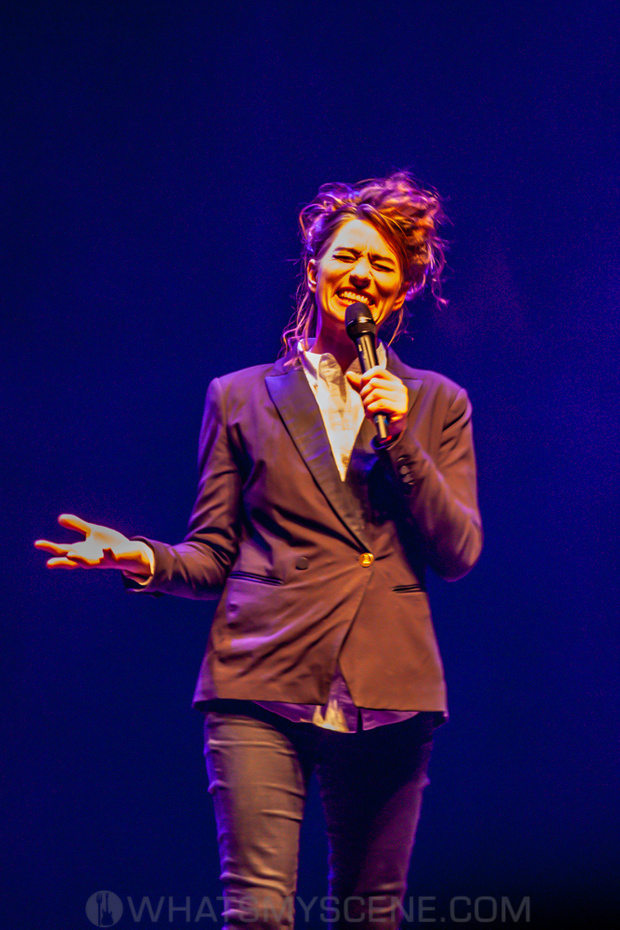 greetings from the back of a cab in melbourne. if you’re still keen to have a yarn, i‘m going to be at the arts centre at 2pm for the bushfire charity Q&A. it’s $15. fairfax theater – under the spire. just rock up, there’s about a 100 spots left.

if you WERE AT THE SHOW IN MELBOURNE at hamer hall – oh, my dears…..it was epic, and please use this space to say hi and check in. i will read all the comments later today. i want to know how it went and felt. happy for questions. ill answer. i can say this: you were perfection as an audience. just amazing. thank you. thank you. and to everyone i met after the show, thank you. for all of it.

i usually post these virtual-signing-lines at the end of the night of the show or the morning after but i was dead. D. E. D. DED. i’ve been close to dead for the past two days. it’s been all i can do to take care of little ash and answer the critical emails and do some basic life shit.

**and before anything else: reminder to webchat tier patrons that we are doing a long chat this MONDAY at 10am, melbourne time. that’s 6pm new york. see you all soon**

this photo was taken by mandy hall at the melbourne show at hamer hall. i like to call this photo “cringe festival“. 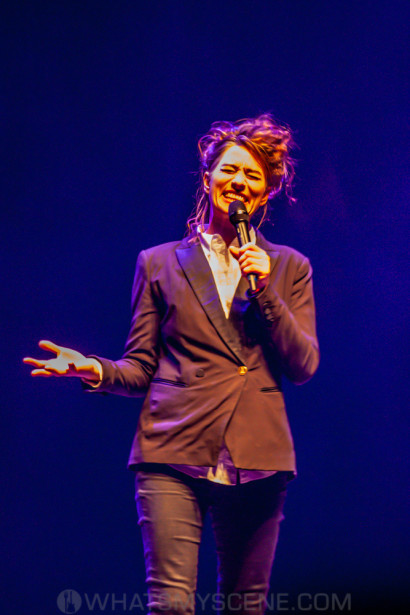 i have no idea what i am cringing about but it’s a damn fine cringe.

if you’re brand new to the patreon because you signed up in melbourne – there were about 50 of you – HELLO!!!!

welcome to the eternal compassionate festival of fringe and cringe and singe and minge, where the wine and coffee flows freely and we get to all cry, laugh, fear and cringe and whinge at the same time.

so…the show in melbourne was…really wonderful. i was so tired by the time i hit stage i’m almost not SURE how it was. but i am pretty sure it was good.

we sang “beds are burning“ by midnight oil as a choir, and i played the new song from launceston, tasmania … as yet untitled. “emotional map of tasmania“ just won’t cut it.

the show was over four hours long.

i’m planning to hit the studio this week to record the new tasmania song and possibly do a studio version of the midnight oil if there’s time. want?

and then we can detonate a charity post. everyone i’ve told in australia about the generosity-based approach of this patreon, – about the requests of the patrons for me to make and Thing a Thing for bushfire relief efforts – has just been so touched and blown away. it’s a good way to do things. messy. confusing. yes. what’s new in amanda-landa.

we started at 7:30 and ended around 11:40. the love in the room was palpable. we sold over 2,000 tickets. almost everybody stayed to the end. id been warned about everybody fleeing at 11:45 to grab trams. i tried.

(all photos below by nicola bernardi….an amazing local melbourne photgrapher. 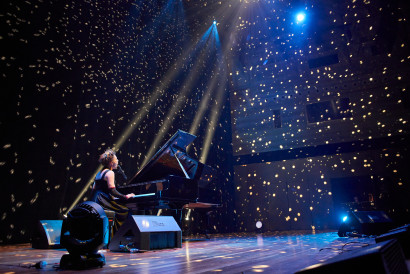 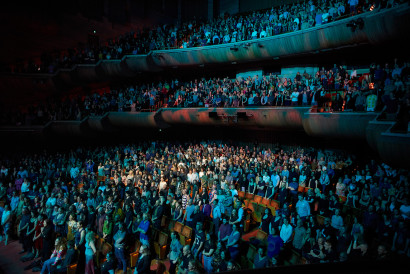 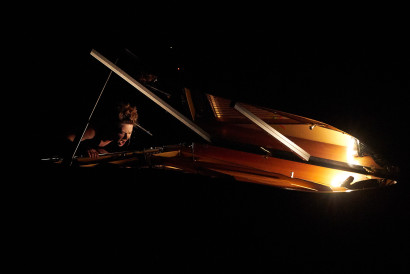 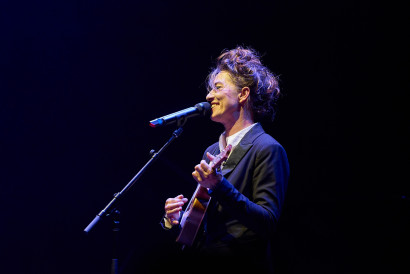 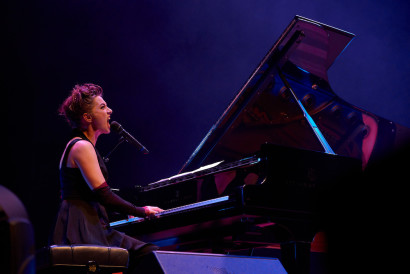 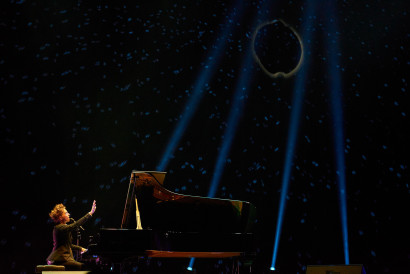 after the show, i got an epic group hug from the melbourne patrons…. 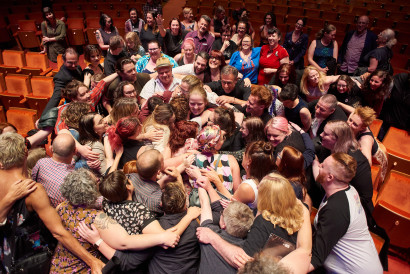 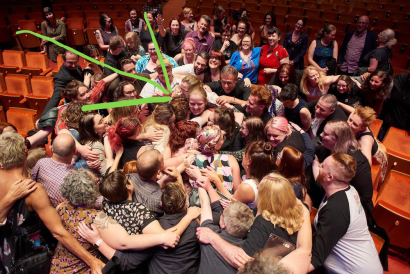 and here we all are, me & beloved melbourne patrons, post-show. 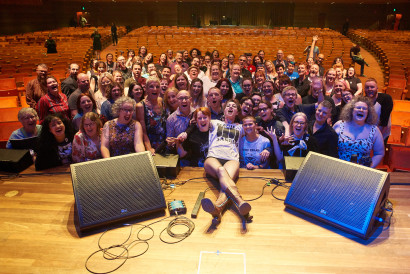 we had a good chat.

i was so tired after the show that i barely remember anything.

aldo: just in the nick it time, we created this CHARITY POSTER for firesticks alliance, image donated by michael kemp, and we raised about $5k in sales. thank you all… 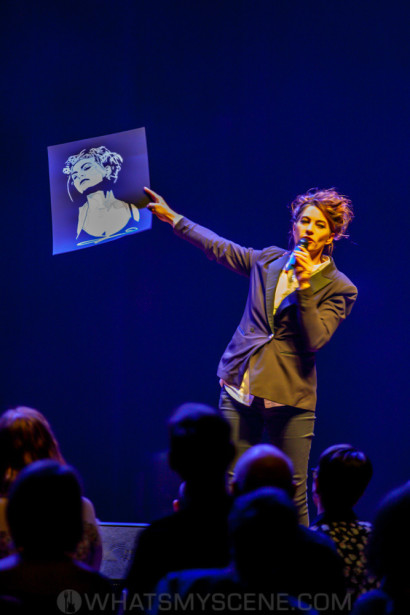 people have been asking about us putting it online. hold. yes. we are also designing a very bushfire-specific piece of merch.

and heads up: later today or tomorrow i am going to thing jack and gabrielle’s second piece of Foreign Tour Correspondence, so you’ll all have a nice sunday long-read.

i have a lot of feelings at the moment. i feel overwhelmed but strangely stable.

i woke up this morning to a tweet that felt particularly poetic.

someone was asking – unsarcastically – if amanda palmer had been canceled for some reason or other. they just didn’t know and were looking for guidance.

as an artist on tour ….. all i can do at the moment is keep remembering that our job has always been like this.

not to know anything, and to keep asking everything.

i love you all a lot. a whole lot.

DUBLIN – me & laurie penny are talkin’ @ your book festival

the confessional has come to an end. AND…MELBOURNE, i’m doing an intimate charity q&a

on exhaustion, art and helping. (and notes for melbourne tonight).