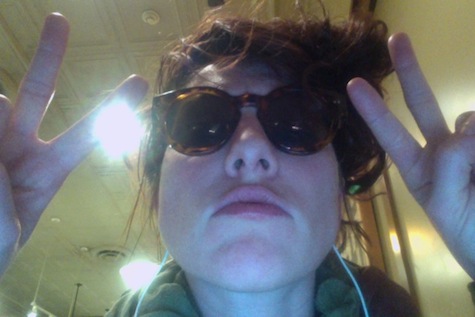 a way you can help the world and spend no money doing it.

a quick note about cancer shit.

many of you are, as we speak, getting refunds for the canceled european (etc) dates and a handful of people have reached out over twitter to ask where they can send DONATIONS instead of just keeping the money.

first of all, let me say that you guys are a fucking CLASS ACT for even asking.
how awesome are you? you are super duper awesome. i am floored by how generous you all are.

second, well….i’ll tell you. anthony (luckily, especially considering we live in a country so fucked in the realm of health/insurance) is all set personally for cancer treatment. he’s covered and not in need of direct help…unlike many people in this country who would literally die, untreated with no hope, in his position. this also reminds me, i need to post the results from the insurance poll…(LATE! i know. sorry). i will get around to that after x-mas and new year’s in new york and purple prince-mania is over and we all get back to the task of being depressed in a january stupor, bereft of all hope. it’ll help, i promise.

anthony gave all of the money earned at the book launch DIRECTLY to the wing of tufts medical center, which is currently trying to raise money to improve itself so it can treat more people like him.

if you’ve been following my twitter and looking at the hospital pictures i’ve been posting, they’re all from tufts, since he’s there three times a week getting infused with treatment chemicals. if you WANT A PLACE to donate to, you can help them. so knock yourself out: kintera.org

there’s a box for designating where you want to direct the money, where peeps can write in “Dr. Miller’s Leukemia Patient Support and Research Fund” – that’s anthony’s doctor, the one who will save his life when it gets saved.

FURTHERMORE, a lot of people have asked about bone marrow, and a little bit of research has led me to understand that WE CAN ALL HELP by registering at marrow.org to be a potential bone marrow match for anthony – or someone very much like anthony – whose life may depend on someone out there doing something very simple like this.

here’s the site for registering to be a potential match:
marrow.org
and they’re also online at @BeTheMatch / facebook.com/BeTheMatch

(and if you’re looking for a place to donate your money, you can also just make a direct donation to these guys as well as anthony’s hospital).

you need to be between the ages of 18 & 44 (and for this website, live in america or puerto rico, but if you are elsewhere, there’s a LINK on the page to send you somewhere local to you).

if you’re not a whitey/honky/italian/european (or, as he calls himself, a GUINEA) like anthony, you probably wouldn’t be a match for him, BUT you’re actually MORE USEFUL to the universal pool, because African American, Chinese, Japanese, Hispanic, Korean, Philipino, South Asian, Vietnamese and other ethnic groups are HIGHLY UNDERREPRESENTED in the registry.

here’s some really sobering stats…from http://www.ij.org/bone-marrow-statistics:
• This year, more than 130,000 Americans will be diagnosed with a serious blood disease.
• Leukemia (a blood cancer) will strike 44,000 Americans this year, including 3,500 children. It will kill about half of the adults and about 700 of the children.
• Leukemia is the most common childhood cancer.
• Only 30 percent of patients who need a bone marrow transplant have a matching donor in their families.
• The remaining 70 percent must hope that a compatible stranger can be found using the national registry.
• At any given time, about 7,500 Americans are actively searching the national registry for an unrelated donor.
• Only 2 percent of population is on the national registry.
• A significant number of those on the national bone marrow registry cannot be located or will not donate when asked to do so. • The percentages of donors who are available and willing are: 65 for Caucasians; 47 percent for Hispanics; 44 percent for Asians; 34 percent for African-Americans.
• African-American patients find an unrelated donor 25 percent of the time.
• Asian patients find a donor about 40 percent of the time.
• Hispanic patients find a donor about 45 percent of the time.
• Caucasian patients find a donor about 75 percent of the time.
• Multi-racial people face the worst odds.
• At least 1,000 people die each year because they cannot find a matching donor.
• If an African-American finds a match on the registry, there is an 80 percent chance that the identified donor is the only match on the registry.
• Bone marrow donation requires less than five percent of marrow cells.
• 70 percent of marrow donations use peripheral blood stem cell apheresis.
• 30 percent of marrow donations use the traditional method of putting a needle in your hip.
• Donating bone marrow is safe: More than 35,000 people have donated bone marrow to a stranger without a single donor death.

if you are within that 18-44 age bracket, there’s a 90% chance you’re eligible to help someone if the lottery of the cosmos winds up pointing in your direction. all you do is register, swab your cheek and send it in. the GENERAL chances that you’ll be chosen is less than 1 in a few hundred, depending on your ethnicity. but you could save somebody’s life. you can read more about what would happen if you DID get chosen on the site FAQ.

for anthony and for every person like anthony, i just did this.

it took me about fifteen minutes to register.

i had to input a ton of contact info and answer a bunch of health questions.

and since you’re listening, i am encouraging you all to do this. you could save a life.

think about this:
it’s the holidays and every single organization you know IS ASKING YOU FOR MONEY.
THIS DOESN’T COST ANY MONEY.
YOU CAN JUST DO IT and then MAYBE REALLY SAVE SOMEONE.

if you’ve been really hard up and poor this holiday season and feel really guilty not donating to NPR and walking by the people desperately hoping you’ll donate $50 to save your local water source from being contaminated, etc….DO THIS INSTEAD. it will cost you nothing and you will be doing your little part to help the universe.

again for simplicity, this is where you do it:

onwards into the beauty of the future.

may all beings have all the healthy bone marrow they ever need to live long happy lives. 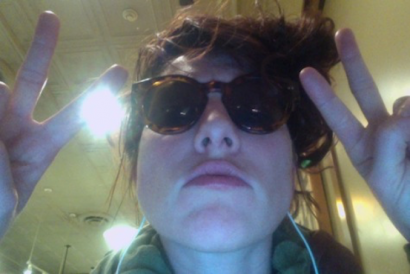 don’t take the match for granted